Drastically altered after her fall at the end of Hidden, Neferet is now more dangerous than ever—and her quest for vengeance will wreak havoc on humans, as well as Zoey and her friends. Chaos is loosed in Tulsa and the House of Night is blamed. Can Zoey stop Neferet in time to keep her anger from escalating to full-on war? Or will someone else have to step in to take the fall?

The House of Night series is an international phenomenon, reaching #1 on U.S., German, and UK bestseller lists, and remaining a fixture on The New York Times Children’s Series bestseller list for nearly 150 weeks and counting. With more than 12 million copies in print, rights sold in thirty–eight countries to date, and relatable, addictive characters, this series is unstoppable. Now, in the eleventh and penultimate installment of the series, the action is more intense and the stakes even higher as Zoey and her friends battle to protect their school and home from devastating evil—all while balancing romances, precarious friendships and the daily drama of the House of Night's halls.

The tale of THE WOLF GIFT continues . . .

In Anne Rice’s surprising and compelling best-selling novel, the first of her strange and mythic imagining of the world of wolfen powers (“I devoured these pages . . . As solid and engaging as anything she has written since her early vampire chronicle fiction” —Alan Cheuse, The Boston Globe; “A delectable cocktail of old-fashioned lost-race adventure, shape-shifting and suspense” —Elizabeth Hand, The Washington Post), readers were spellbound as Rice imagined a daring new world set against the wild and beckoning California coast.

Now in her new novel, as lush and romantic in detail and atmosphere as it is sleek and steely in storytelling, Anne Rice brings us once again to the rugged coastline of Northern California, to the grand mansion at Nideck Point—to further explore the unearthly education of her transformed Man Wolf. 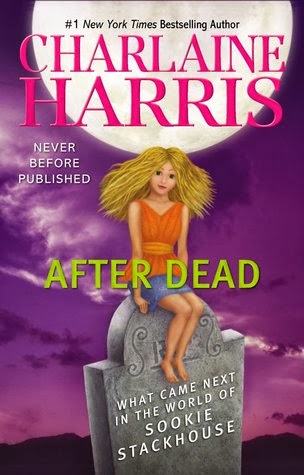 Dead Ever After marked the end of the Sookie Stackhouse novels—a series that garnered millions of fans and spawned the hit HBO television show True Blood. It also stoked a hunger that will never die…a hunger to know what happened next.

With characters arranged alphabetically—from the Ancient Pythoness to Bethany Zanelli—bestselling author Charlaine Harris takes fans into the future of their favorite residents of Bon Temps and environs. You’ll learn how Michele and Jason’s marriage fared, what happened to Sookie’s cousin Hunter, and whether Tara and JB’s twins grew up to be solid citizens. 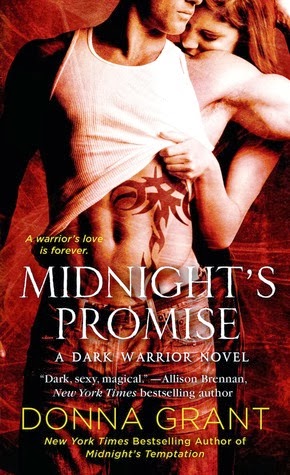 For centuries, Malcolm has struggled against the forces of darkness—and bears the scars to prove it. Hardened by a lifetime of fighting, he is more warrior than man, incapable of feeling love or compassion. But one stormy night, he pulls a beautiful woman from a car wreck—and experiences a rush of fiery emotion that could melt even the hardest of hearts.

Since childhood, Evangeline Walker has felt the magic growing inside her. Descended from Druids, she is the perfect vessel for ancient magic—and evil. Evie knows she should trust no one, not even Malcolm, whose strong touch and tender kiss she craves. But after she makes a devil’s bargain to save her half-brother, this fearsome warrior may be the only man who can protect her—with his heart, his body, and his soul… 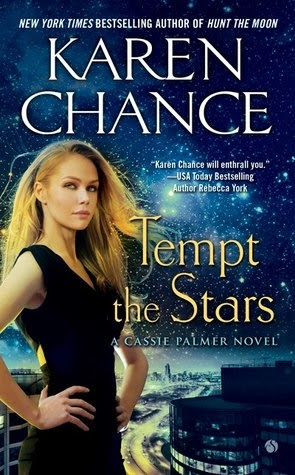 Being a goddess is a lot less fun than you might think. Especially when you’re only a half goddess, and you only found out about it recently, and you still don’t know what you’re doing half the time. And when you’ve just used your not-so-reliable powers to burglarize the booby-trapped office of a vampire mob boss.

But that’s just the tip of the iceberg for Cassandra Palmer, aka the Pythia, the freshly minted chief seer of the supernatural world. After all, Cassie still has to save a friend from a fate worse than death, deal with an increasingly possessive master vampire, and prevent a party of her own acolytes from unleashing a storm of fury upon the world. Totally just your average day at the office, right? 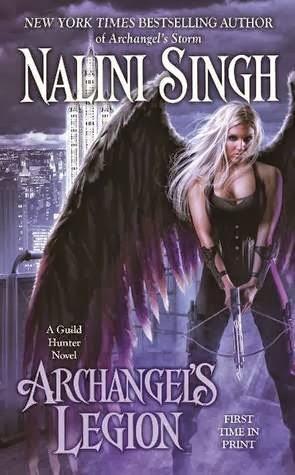 Angels are falling from the sky in New York, struck down by a vicious, unknown force.

Vampires are dying impossibly of disease.

Guild hunter Elena Deveraux and the Archangel Raphael must discover the source of the wave of death before it engulfs their city and their people, leaving New York a ruin and Raphael’s Tower under siege by enemy archangels.

Yet even as they fight desperately to save the city, an even darker force is stirring, its chill eyes trained on New York…and on Raphael. Rivers of crimson and nightmares given flesh, the world will never again be the same… 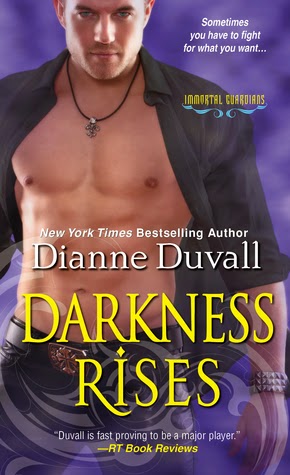 Krysta is used to getting the drop on vampires. Her "special abilities" aren't much, but the plan is simple -- she plays helpless pretty young thing to lure them in. Then her shoto swords come out and it's bye-bye, bloodsucker. Until one night she finds herself with an unexpected ally. He's a vampire, all right, but different. Mysterious. Handsome. And more interested in saving her skin than draining it.

Étienne has been an Immortal Guardian for two hundred years -- long enough to know that Krysta is special. He can't stop thinking about her long legs, even more than her short swords. Then he discovers the vamps she's exterminating have friends in high places, and the Guardians are in danger, too. He'll have to accept Krysta's help to save them. The stakes for a mortal are high. But the cost to his heart might be higher . . . 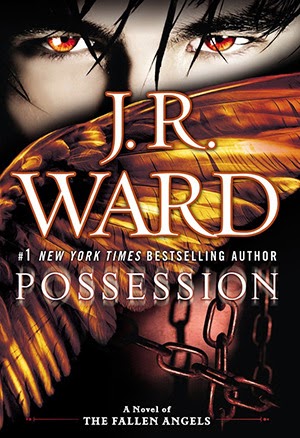 When Cait Douglass resolves to get over her broken heart, throw off her inhibitions, and start really living, she’s unprepared for the two sensual men who cross her path. Torn between them, she doesn’t know which to choose--or what kind of dire consequences could follow.

Jim Heron, fallen angel and reluctant savior, is ahead in the war, but he puts everything at risk when he seeks to make a deal with the devil--literally. As yet another soul is unwittingly caught in the battle between him and the demon Devina, his fixation on an innocent trapped in Hell threatens to sidetrack him from his sacred duty...

Can good still prevail if true love makes a savior weak? And will a woman’s future be the key, or the curse, for all of humanity? Only time, and hearts, will tell. 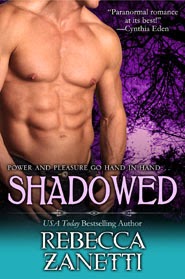 Jase Kayrs was the fun brother. The warm, charming, easy-going brother of the vampire leaders. Until he was taken and tortured by demons with their evil mind tricks for nearly five years. Upon his return, he’s dark, violent, and not the man they all thought they knew. Not the man he once was. He’s haunted that the only reason the demons would have let him live was to use him as a weapon against his family—but he can’t figure out when or how he’ll explode. Plus, once again the demons are after Jase with a vengeance…or rather, a female demon he rejected is out to destroy him.

Then the king asks Jase for a favor…a big one. To mate with one of their allies in order to save her. She’s everything that’s good and light in the world…while he’s at home with darkness. Yet he agrees…knowing mating may be the only chance to save them both.
Email ThisBlogThis!Share to TwitterShare to FacebookShare to Pinterest