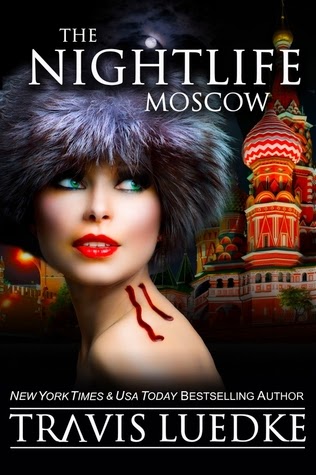 
The Nightlife Series is violent, sexy, and occasionally violently sexy.

Vampires Aaron and Michelle have landed in Moscow, on the prowl. In the company of a misfit pack of mercenary werewolves and Urvashi, a fallen angel, the vampires are forced into the violent, decadent underworld of Russian mafia, drugs and blood slaves.

Dmitri, a Russian vampire billionaire, sends his mafia goons to the streets, gunning for the wolf pack. Now they must bring the fight to Dmitri and face the ultimate battle for survival.

Experience the violent, sensual underbelly of Nightlife Moscow, as Aaron and Michelle mix up a wicked blend of sex, chaos, mayhem, and vengeance.

Praise for The Nightlife Series:

“You know when you see a violent or bloody scene in a movie and you cover your eyes for a couple of seconds until it has past? I caught myself doing that with this book, then I realized that the lines were not going to go away until I read them.”

“I love that we have strippers, prostitutes, sluts, and Mr. Luedke is unapologetic about it...Nightlife gives it to us in spades.”

“A no-holds-barred, easy-to-read romp that mixes fantasy, suspense, horror and erotica, and does it well.”

THE SHEPHERD (YA Paranormal) 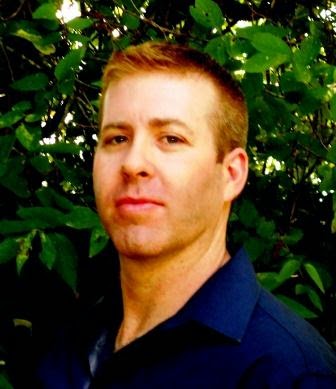 As the author of the Nightlife Series novels, Travis lives very vicariously through his writings. He invites you to enjoy his macabre flights of fancy, but be warned: The Nightlife Series is violent, sexy, and occasionally violently sexy.

Excerpt – You Haven’t Been Feeding Your Pet

Michelle struggled not to fall on her face in her Gucci boots as she slogged through the frozen streets of Moscow behind Aaron and Urvashi. The icy wind blew flakes of snow up her skirt and tickled her inner thighs with harsh, cold fingers. They stood out front of the hotel, waiting for Vasily to bring the black Mercedes rental Michelle had paid for.

No one in Russia knew Michelle by name. So, she signed all the checks and registrations, keeping the paper trail of their movements effectively obscured. Michelle de Mornac funded their entire hideout. She could afford it, but the pack insisted on reimbursing her costs. She’d be willing to pay the bill on her own if they’d let her feed properly. The bouffon wolves wouldn’t let her out in public.

Last week, Ivan had argued vehemently to keep Michelle indoors at all times, apart from check-in and check-out. “She attracts too much attention! Look at her! She walks in the room and every prick from here to Siberia is pointing at her.” He’d adjusted the lump in his crotch as evidence of the fact. “How can you not notice her?” The wolves laughed and all agreed in their heavy Slavic accents. No, no, Michelle cannot go out.

Yet, here she stood, freezing her ass off, waiting for the wolves to bring the fucking car. She noticed Aaron and Urvashi watched the streets, nervously looking back over their shoulders as if seeking someone. Who did they expect to find out in this frozen cesspool of slush and grime? Something had kicked up their paranoia.

After untold minutes frozen shivering torture, finally the damned wolves brought the rental Mercedes SUV to the curb. The car splashed frozen brown mush over the toes of her twelve-hundred dollar leather boots. Vasily and Anatoly, wolf pack mercenaries, stepped out to snatch up the luggage. As bags were tossed in the hatchback and everyone jockeyed for a seat, Michelle realized she had nowhere to sit in this merde rental car. Ivan leaned back into the last seat so fast you’d have thought they played musical chairs.

He grinned at Michelle as he patted his thigh. “Sit here.”

They should have rented a bus.

Ivan reached out and snagged the hem of her jacket to pull her into the car. He puckered his lips, as if he planned to accommodate her request. “There is room. I will keep you warm.” The last of his words devolved into a growl. His eyes twinkled in mischief.

Michelle didn’t wait another second out in the cold. She slid right onto Ivan’s lap and wiggled her ass down until her crotch settled on the growing lump in his pants.

Anatoly pulled off into the flow of traffic, and turned the radio to one of the many obnoxious Russian rap stations. She leaned back into Ivan’s broad chest. He vibrated against her with the low rumble of his laughter. The scent of his animal musk assaulted Michelle’s senses. Full-size fangs dropped in her mouth and her stomach issued a gut-churning noise. She should have been satisfied feeding from the men in the bar, but something about Ivan made her especially thirsty. These wolves tasted delightful.

Urvashi leaned into Aaron with a kiss and whispered low. “You haven’t been feeding your pet.” Urvashi winked at Michelle and rubbed her lips up on Aaron’s cheek. “She looks like she could take a chunk out of poor Ivan right now.”

Ivan’s hands suddenly held Michelle’s hips, as though preparing for something. “You don’t want this old white meat. Too tough and gamey.” He was teasing, but his voice held an edge of tension. The wolves all knew what Aaron had done to Katya, a much-lamented issue among them.

Michelle focused all her considerable charms on Ivan, twisting to face him, nose to nose. Mon deux, he smelled so good. All that warm blood just beneath the surface. His animal tang only added to her hunger. She’d tasted Katya and knew precisely how delicious these creatures were. Before he knew what was happening she had slid up her skirt and flipped around to straddle his lap. The hard bulge of his cock pushed against her pubic bone as she sniffed up his jaw line.

Her eyes held him in place, unblinking, and she curved her warm pussy all over his hard groin in a slow circular movement that had his eyes turning golden with wolf. The creature was there, just beneath the surface, and flowing through his veins.

A reaching hand came from the front seat, trying to grab her jacket. “Leave him be!”

Michelle slinked off her coat to evade Katya’s grasp without breaking Ivan’s gaze. “You like me, Ivan, don’t you?” She whispered a kiss across his lips and continued dry-fucking him. “One little bite won’t hurt. You trust me, don’t you?”

Ivan’s head nodded ever so slightly in hypnotized agreement, and she struck the side of his neck like a viper.

“Fucking cunt! Get off him!” Katya went ballistic in the front seat.

Michelle reached down and clicked the lever to lean Ivan’s seat back out of Katya’s reach. Scuffling sounds and curses came from Katya scrambling to get between the front seats into the back.

Aaron’s low growl accompanied his snapped command. “Relax! She’s not hurting him. Trust me!” His arm shot out to stop Katya from climbing in the back.

Michelle wasn’t hurting Ivan, not really. She did grind through a dry hump until he convulsed beneath her, and the warmth of his seed wet his pants. She let go of him after precisely one minute of feeding. That was her rule. One minute, no more. The rule kept her conveniently unattached and helped avoid stalker problems.

She turned around to Katya, patted Ivan’s scruffy cheek and grinned with her bloody lips. “C’est bien. I take good care of this one. Don’t worry. We are friends, non?” She ground her hips on him once more, appreciating the warmth of Ivan’s sizeable crotch. “We had a little fun. Ça ne casse rien.” It is nothing.

Anatoly’s amber wolf eyes watched Michelle from the rear-view mirror, his hands in a white-knuckle grip on the steering wheel. “If you hurt him, I will cut you from cunt to chest and leave your guts across the rooftops of Moscow.”

Michelle blew him a kiss and licked the rest of Ivan’s blood off her lips. “I hope you try. I’m still hungry.”

Michelle held her prey delicately, appreciatively. She knew how to handle these moments. She knew what men needed from her and had no problem giving it. Men couldn’t keep away from her. They flocked to her side everywhere she went. Once they had a shot of the venom in her teeth, she owned their asses. She took great pains to ensure the effect was not permanent.

Aaron watched her cautiously. Though he’d had no choice when he saved Katya, Michelle wished he hadn’t brought another complicated woman into their lives. It was bad enough dealing with the damned Persian princess who thought she ran the show. Add Katya in the mix, and their lives had become a mess of bitchy drama scenes, usually related to the wolf who refused to accept the harsh reality of her situation.

Her moment with Ivan came to an abrupt end when the left side window exploded in her face. A barrage of automatic gunfire tore through the car. Bullets, glass, screams and frigid air blasted across the interior. Something smacked her left shoulder hard, and seconds later something hammered into the left side of her head.

Ivan pulled her down on top of him, cursing in Russian, right up to the moment she blacked out.
No comments:
Email ThisBlogThis!Share to TwitterShare to FacebookShare to Pinterest
Older Posts Home
Subscribe to: Posts (Atom)