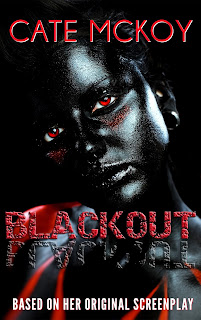 Synopsis:
Tis the season, Fa, la, la, la, F*cked
Cade Myers was enjoying his transition from big city homicide detective to small town sheriff. The pace of his new town is much slower and the crime rate is almost non-existent. In his first year the only crime he encountered was littering. Paperwork was his biggest problem until one night on his way home he finds a woman with head trauma and drenched, on the side of the road. From the first moment she opens her beautiful brown eyes in that hospital bed, Cade is hooked. He spends his time trying to figure out who assaulted “Mary”. Cade can’t imagine anyone wanting to hurt the sweet, kind-hearted, gorgeous, librarian, for everyone loves Mary and he was afraid that it definitely included him.“Mary Smith” was 13 months old. She loved her books, helping kids, and the sexy sheriff, Cade Myers. She’d be happy with her lot in her short life, if she could stop having troublesome dreams, deal with her secret admirer, dispel the dread of shadowy memories.Almost overnight, Cade’s small town started taking on traits of the big city he left behind. He had a prankster that was getting out of hand, a missing witness from the WITness SECurity program, an escalating stalker, a vandal, and he had to deal with it all while he falling hopelessly in love...No problem.
AMAZON: https://www.amazon.com/dp/B08CG4SXZS/
GOODREADS: https://www.goodreads.com/book/show/55991149-blackout 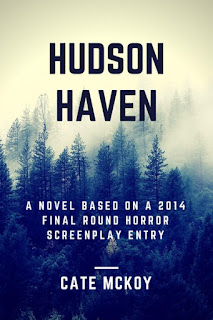 Synopsis:
In the mountains of the Hudson Valley, in 1905, one dark night, Dr. Kaplan returns to his beautiful mansion he built for his beautiful wife and 5 daughters and systematically hunts them all down on the massive property and takes an axe to them. One by one all the Kaplan women are slaughtered, each killing more gruesome than the previous. Then Dr. Kaplan disappears never to be found. Through the subsequent decades Kaplans have inherit the mansion only to be plagued with sightings of “Killer Kaplan’s” ghost, mysterious disappearances and unexplained deaths.Present Day: Sara Kaplan is a Hotel and Tourism major who has lost her parents in a car accident and goes to the infamous Kaplan House to live with her unknown relatives. Kaplan House was turned into an impressive five star hotel but was shut down due to rumors of the place being haunted and the investigation of a missing girl last seen at Kaplan Hotel. The investigation results are unfounded and the hotel is cleared to re-open. Sara is determined to prove herself in her chosen field and discount the rumors of ghosts and murderers roaming the halls and reveal the Killer Kaplan sightings as pranks by the local teens.Although they have no problem with booking solid, the Kaplan Hotel is having trouble finding willing employees. With the grand opening just days away, Sara enlists the help of her college friends on break for the summer. The eight friends enjoying their college years head for the hotel to help a friend, make some money and have the summer of their….. Deaths!
AMAZON: https://www.amazon.com/dp/B08K7N771J/
GOODREADS: https://www.goodreads.com/book/show/56485404-hudson-haven 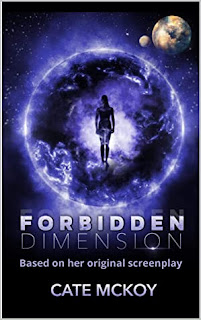 Synopsis:
In another dimension Alyria’s very existence is a major violation of Ulternium’s law. To spare Alyria the consequences of their crime, her parents give her to relatives to raise in the Forbidden Lands on the outskirts of the kingdom. In accordance with the laws regarding Alyria's unsanctioned birth, her father, Guardsman Khole, is put to death and her mother, Princess Lyrical Alaan is jailed in the castle’s garret.Alyria spends her first 10 years in the Forbidden Lands a happy child. When King Primus Alaan sends his Royal Guardsmen to find her hiding place, Alyria’s kinfolk whisk her away to the sacred Forbidden Lake.Told by ancient mystics is the tales of the lake’s mystical powers and mysterious portals to other worlds. In a desperate gambit to save her life, Alyria is given to the lake never to be seen in Ulternium again.Alyria’s cousin, Duke Dyland is determined to be the ruler of all Ulternium. When King Alaan dies Dyland should be the one to take the throne. However, Alyria’s very birth pushes his place in line for the throne back one, behind Alyria.To ensure Alyria can never lay claim to the crown, Dyland sends assassins to dispose of his unwanted cousin, post haste. He orders his men to track down Alyria, follow wherever she may go and bring him her head as proof of her death.The assassins risk all to follow the outlawed princess to another dimension. A dimension unlike their own, with more sounds, sights and colors than any Ulterniumite has ever seen.Our Dimension:NYPD Homicide Detective, Alyria Doe is assigned the high-profile case of the ‘Mixed-Girl-Murders’ to work independent of the special task force. She is partnered with Special Agent Hunter Halliday of the FBI by the police commissioner and ordered to “Catch the killer”.Alyria and Hunter follow the trail of decapitated bodies throughout the city. As they follow the clues Alyria starts to have flashes of memory and she is afraid that the trail is leading them straight to her front door.Agent Hunter Halliday likes his sometime-partner, who was known as the ‘Miracle of the Hudson’ because she was fished out of the Hudson River at age ten with no memory of anything except her first name. Together they made an impressive team. But, will their solid partnership withstand, dimension hopping assassins, a possible war to overthrow a ruling royal and Hunter’s growing feelings for his partner? 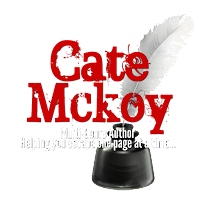 ABOUT THE AUTHOR:
Cate is a life-time resident of a small upstate town about 60 minutes north of Manhattan. The only thing she loves more than being a writer is being a mother and a grandmother. She was blessed with a large family. She has been a Jane of all trades and was formally trained as a technology analyst and computer tech.
Cate has a completed series (The Dark Series Trilogy) and is in the middle of The Dark Series Spin-off. She loves to read and write. She is also a screenwriter with several screenplays under her belt. She also writes children's books (The Learn With Me Series) with her 10 year old son, Connor.
She has written for charity, her stories were included in an anthology in which the proceeds went to the MOD (March of Dimes). She donated her book cover for a coloring book in which the proceeds went to The Rose a foundation which helps support and promote Breast Health and helps those with breast cancer.
She continues to write and wishes everyone "Happy Reading".
No comments:
Email ThisBlogThis!Share to TwitterShare to FacebookShare to Pinterest
Older Posts Home
Subscribe to: Posts (Atom)