Interview With The Villain: Trial By Charm 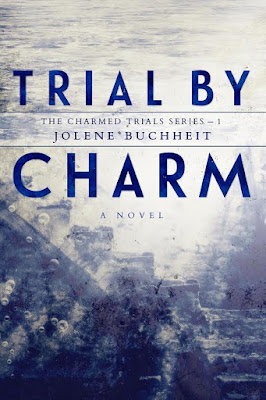 Seventeen-year-old Julia Wright doesn’t understand her friends’ obsession with boys. She proudly maintains her composure no matter who is in her presence – though some annoying and rude boys still manage to grate her last nerve. Then she is blackmailed into being the manager of the men’s swim team, and finds herself face to face with the worst of them all. Team Captain Vander Thelxinoe is the typical self-assured jock. He has the ability to change people’s minds at will, only his charms don’t work on Julia. Now he’s anxious to figure out why, and the closer he tries to get, the more desperate she is to stay away – especially when he somehow awakens a side of her she never knew existed. Their unexpected friendship puts Julia in the middle of a quest she doesn’t quite understand. As her familiar world begins to unravel around her, Julia must partner with the one person who knows how to push her buttons – and, in doing so, discovers the unbelievable truth about who she really is. Can Julia and Vander survive the trial set before them, or will they face the extreme consequences of failure? 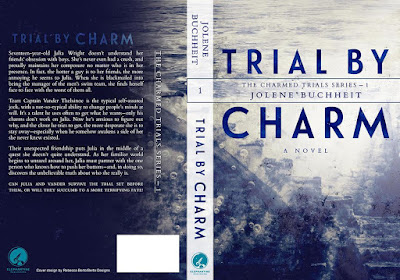 Interview with Demeter
1.    What is your greatest fear? When my daughter was taken from me and married off to that loser Hades who sits on the throne in the Underworld, my life ceased to have any meaning. Cold, dead winter was born as babe of my affair with grief. My greatest fear is losing her again, who knows what my second bout with sadness would create.

2.    What is the trait you most deplore in others? Uselessness. When someone has only one task to tend to and they fail to achieve their goal, it makes me want to tear my own hair out. What good is anyone who can't find what they have been assigned to find. That's why those waste of skin hoodlums who used to call Persephone their friend, find themselves cursed to live on an island. They will never know the happiness or joy of having their own children because no man can stand to be near them. Useless!

4.    Which living person do you most despise? Obviously, I abhor Hades. He stole my daughter and her innocence and now I have to share her with him for half of every year. It's a torture no mother should have to endure giving up my daughter to her husband over and over again as time rages on.

5.    What do you most value in your friends? My associates or what you would call friends are faithful to fulfill their obligations and commitments. My life is a series of scratching backs and having my back scratched in return. Nothing I do is done without return payment.

6.    What is it that you most dislike? Winter. Creating Spring and enjoying the bounty of blessings in the Summer brings me so much joy, especially with Persephone at my side.

7.    What is your greatest wish? *sigh* I don't waste my time on wishes and dreams. I either do what I want or cash in my favors and make things happen.

8.    What is your motto? The darkness of Winter only lasts for a season, how long that season lasts is up to me. *evil laugh*

As a substitute teacher, Jolene spends her days in high school classrooms harvesting material for her Young Adult novels. She also uses it as an outlet for fangirling by showing upcoming book-to-movie trailers at the end of class, or discussing vital issues like whether Katniss should have picked Gale or Peeta. She is committed to helping Special Education teenagers become independent adults and helping them find a way to focus on the positive especially when life gets hard. At home, Jolene loves to cuddle with her husband, two kids, and three cats—sometimes all at once—while reading Young Adult books or repeatedly watching movies based on them.

I study his profile. His chiseled jaw and dark, floppy hair are like something out of a magazine advertisement. His eyes, too—they aren’t dark to match his hair, like mine—they are parts of green and blue, much like the painting of the sea in the other room. “Who painted that piece above the couch in there?” He shrugs, not answering me in any concrete way. Then he shifts his weight from one foot to the other and his awkwardness makes it clear to me. “You did it, didn’t you? You’re a painter.” He shrugs again. I hop down from my stool to go take another look at the painting. The artist must have signed it, and I will get my answer that way. I go down the hall, past the bathroom, the stairs, and the front door until I’m standing in the parlor, looking at Vander, who is blocking the painting from my view. He must have gone through the dining room next to the kitchen to end up in here before me. He’s staring at me and chewing on his lip while flexing and balling his hands. He’s more nervous than I have ever seen him—not before a swim meet, not in class when he didn’t know an answer, not when he told me how he felt in the bathroom a little bit ago. This is where his heart lies, in this painting of this island. I try to look around him, and he leans over. “Don’t.” He is stern, but gentle. He clears his throat. “Please don’t touch it. You will want to, but don’t.” He’s right. I do want to touch it; I want to climb inside of it. I’m seeing it, and somehow it’s seeing me, and it’s making me feel pulled apart. I want to dive into the waters, to swim to that far-off land, and I also want to turn the boat around and sail as far and as quickly as I can in the opposite direction. Meanwhile, the light from the sun is dimming, laughing at me for thinking I can have any control here. I want in! Vander grabs both of my arms, which are currently outstretched toward the painting. My knees are on the seat of the couch, and I don’t even remember moving forward. His voice startles me. “You can’t.” I blink hard and turn to look him fully in the face. “I can’t what?” “You can’t go there, and you can’t go away from there. It’s just a painting.” Was I talking out loud, or can he read my mind? How does he know what I was thinking? I let him lead me through the dining room, back into the kitchen, where the timer is going off. I shake my head to let loose the feelings that painting stirred in me. “It’s more than that, and you know it. How?” I don’t even have to finish the sentence. He knows exactly what I’m asking. 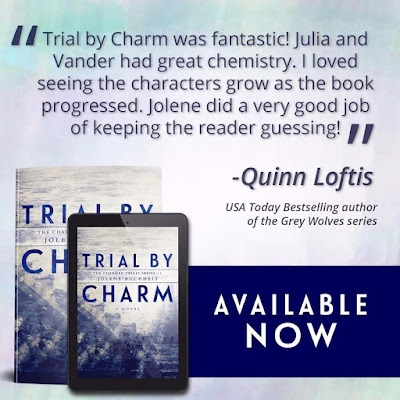