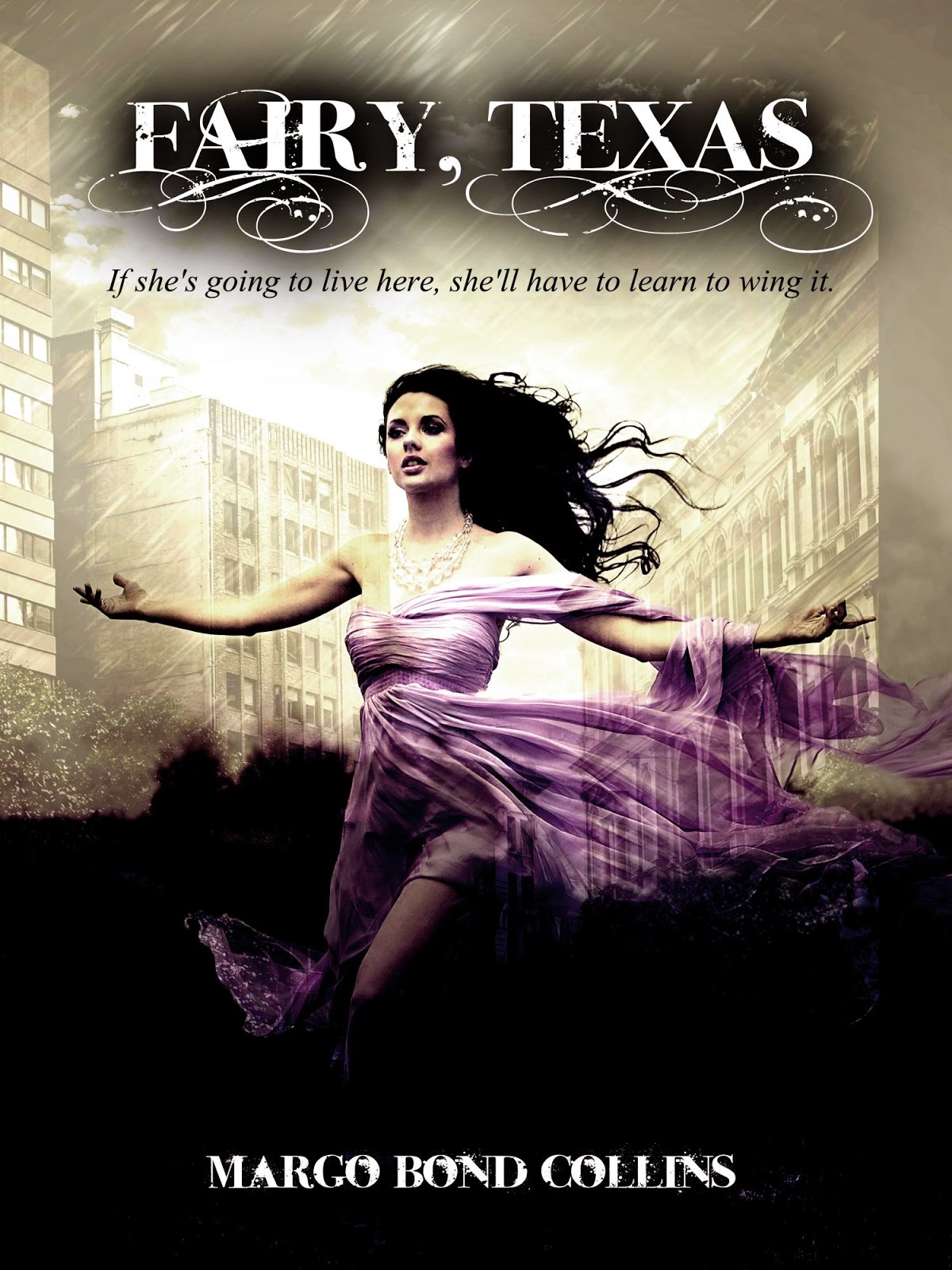 Summary from Goodreads:
Laney Harris thinks there might be monsters in Fairy, Texas.

When her mother remarried and moved them to a town where a date meant hanging out at the Sonic, Laney figured that "boring" would have a whole new meaning. A new stepsister who despised her and a high school where she was the only topic of gossip were bad enough. But when she met the school counselor (and his terminal bad breath), she grew suspicious. Especially since he had wings that only she could see. And then there were Josh and Mason, two gorgeous glimmering-eyed classmates whose interest in her might not be for the reasons she hoped. Not to mention that dead guy she nearly tripped over in gym class.

Boring takes on an entirely new dimension in Fairy, Texas.

If she's going to survive in this small town, she'll have to learn to wing it.

I was partnered with Mason Collier, the infamous football-playing, cute, but possibly black-magicky friend-of-Bartlef I’d heard about at lunch. I looked around and saw a guy waving at me from across the room. He was looking at me kind of like he was hungry and maybe I was breakfast. It worried me.
Still, at least I hadn’t been paired up with Kayla. It could have been much worse.
“Okay,” Carlson said. “Go ahead and meet with your partner and plan your strategy.”
Mason and I stood up at the same time and walked toward each other. I was so busy making sure I didn’t trip over any desks that I didn’t see Kayla headed toward me until she was right in front of me. And then she leaned in close to my face and hissed at me. “Don’t get too cozy. He’s way out of your league.”
I rolled my eyes and moved around her without responding. Three days. Three days I’d been in Fairy, and already I had an enemy. And I lived in her house. My life kept getting better and better.
Mason and I met in the middle of the room. Kayla and her friends huddled nearby, watching us.
“Hey,” Mason said.
“Hey.” Nice, neutral word, hey. Can mean almost anything. Or nothing.
“So,” he said, “where do you want to start?”
He was asking me? Where I wanted to start was away from here, where there weren’t any dead boys to trip over.

So much for that option.

2. Tell us something about your current hometown.
I got dragged off to Fairy, Texas when my mother got remarried—to her high school sweetheart, of all people. It’s a tiny little town in the middle of nowhere. I can’t believe Mom grew up here.  I live on a ranch. My stepfather hangs dead coyotes on the fence, I now know how to recognize buzzard vomit, and the only place to hang out is the local Sonic. It’s making me crazy!

3. What's the strangest thing that has ever happened to you?
I saw mostly invisible bat wings on the creepy school counselor. Then I tripped over a dead guy in gym class. Did I mention how much I hate it here?

4. What's your favourite food?
Spaghetti and meatballs. But my new stepsister Kayla said she hates it, so Mom hasn’t cooked any lately. I don’t believe Kayla, by the way. I think she lied just because she heard me say I liked it.

5. Can you tell us a little about what to expect in Fairy, Texas?
The book starts off with pretty much my worst day ever—tripping over that dead guy is just the beginning! And those bat wings on the creepy counselor? They’re real!

6. Can you tell us something about yourself we don't learn from the book?
My first kiss was with Joey Blaine in the fourth grade behind the jungle gym on the playground. His lips tasted like the cherry lollipop he’d just finished.

7. What is your author Margo Bond Collins like?
She’s kind of quiet until you get to know her—she likes to sit back and watch for a while before jumping into any kind of social situation. But then it’s hard to shut her up! She grew up not far from Fairy, Texas, and after living all over the country, has come back to North Central Texas, where she lives with her husband, daughter, and a bunch of pets.

8. Name five items in your purse or pockets right now.
I’ve got a 35mm camera, my cell phone, some sparkly lip gloss, a $5 bill, and my Fairy High student ID.

9. What were your first impressions of Josh and Mason?
They are both insanely hot. Mason’s a flirt, too. He’s got this amazing smile that lights up the room, and he makes me laugh. Josh is quieter, more serious. His eyes are a beautiful, indefinable color, sort of a blue-green-silver. Neither of them would have given me a second look in my old school in Atlanta. I guess being the new girl does have some benefits.

10. If you had one chance to change anything about your life, what would it be?

I just wish I could have figured everything out before someone got hurt . . .


Fairy, Texas Playlists
All of the songs in these playlists represent some element of the characters, setting, or plot of Fairy, Texas—and they’re also the songs I listened to when I was writing the book!  I wanted songs that highlighted both the creepy world in which Laney Harris finds herself and the rural Texas setting of this YA paranormal romance/mystery.

And since I can never pick just one, I have two playlists for Fairy, Texas!


Top 5 YA Books of 2014 by Margo Bond Collins(so far)
I never get enough time to read, but I've been trying to focus on it more this year, and I’ve read a whole pile of excellent YA books! Here are just a few of my favorites from the first six months of 2014, in no particular order:

Untethered by Katie Hayoz
This book was recommended by another book blogger as the best YA book she had read in 2013, and as soon as I started reading, I figured out why. Hayoz’s prose is flawless and her characters engrossing—even when I wanted to kick Sylvie, the astral-projecting protagonist, I believed in her completely.  I was so deeply involved in this book that I completely forgot to cook dinner one night; I looked up and it was almost midnight!

These Broken Stars by Amie Kaufman and Meagan Spooner
Lilac LaRoux and Tarver Merendsen are from different worlds, but when their starship crashes and they are stranded together on an apparently abandoned planet, they must learn to work together if they are going to survive—and if they are going to discover the source of the whispers and visions that haunt them in this strange place. I’m rarely taken completely by surprise when reading, but These Broken Stars did just that—it’s a haunting story, and I’m anxious for the next entry in the series.

Scintillate by Tracy Clark
The end of this book left me gasping and wanting more—what starts out as a fairly traditional paranormal romance quickly turns into an amazing mystery/romance/thriller. Cora Sandoval, whose life-threatening illness leaves her with the ability to see auras, heads out to find her long-lost mother and discovers a whole world of power and magic. I can’t wait for the sequel!

Such Sweet Sorrow by Jenny Trout (a pen name of Jennifer Armentrout)
In this novel, Romeo and Hamlet take a trip through the underworld in order to find Romeo’s love, Juliet. This novel delighted me, in part because I’m a college professor in my other life and have taught both Shakespeare and a whole slew of traditional heroic tales. Trout draws on and transforms literary tradition in entertaining ways in this book.

The Coldest Girl in Coldtown by Holly Black:
I actually read this book for the first time at the very end of 2013, but I re-read it almost instantly in January because I love it so very much. I adored Black’s short story of the same name and was initially a little disappointed to discover that the novel was not, in fact, a continuation of the same story but rather a new story set in the same world. But that disappointment quickly disappeared as Black’s novel drew me in. Black has called this novel her “love letter” to vampire novels, and the vampires here are horrifying—being the single (potential) exception to that rule makes the love-interest vampire equally terrifying and attractive, adding up to the kind of vicarious adrenaline rush that draws me to vampire tales in the first place.

Honorable Mention:
World After by Susan Ee:
This is the sequel to Ee’s amazing Angelfall, a post-apocalyptic story of humans struggling to survive in the days after an attack by an angelic host. This second novel is in some ways even darker than the first, but it does a good job of continuing the story and setting the reader up for the next novel. 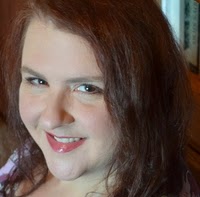 Margo Bond Collins is the author of a number of novels, including Sanguinary, Taming the Country Star, Waking Up Dead, Fairy, Texas, and Legally Undead. She lives in Texas with her husband, their daughter, and several spoiled pets. She teaches college-level English courses online, though writing fiction is her first love. She enjoys reading romance, urban fantasy, and paranormal fiction of any genre, and spends most of her free time daydreaming about heroes, monsters, cowboys, and villains, and the strong women who love them.