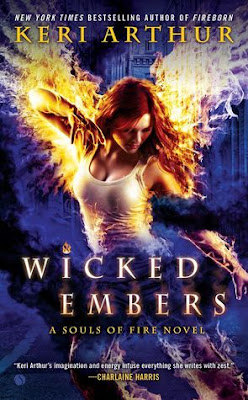 Synopsis -
Keri Arthur, New York Times bestselling author of Fireborn, presents the thrilling new Souls of Fire Novel featuring Emberly Pearson, a phoenix that can transform into a human—and is haunted by the ability to foresee death....

Crimson Death, the plague like virus spawned from a failed government experiment to isolate the enzymes that make vampires immortal, continues to spread. Emberly and her partner, Jackson Miller, are desperately seeking the stolen research for a cure before the virus becomes a pandemic.

But their mission is jeopardized by another threat uncovered in Emberly’s prophetic dreams. A creature of ash and shadow has been unleashed on a murdering spree. Now Emberly must summon all her gifts and investigative knowledge to put an end to this entity’s brutal rampage—even if it means placing herself in harm’s way.... (Goodreads) 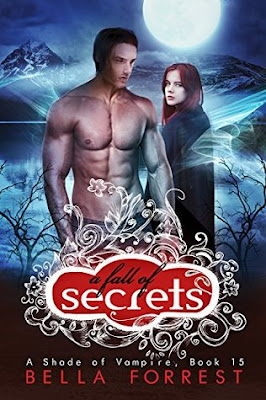 Synopsis -
Ready for the PENULTIMATE book in Rose and Caleb's story?

"A timeless barrier has been broken. Things will never be the same for the human world again..."

A new dawn has risen over The Shade. No longer one of weakness, but of strength.
Desperate, the black witches are on a blood hunt more pernicious than ever before.
Now it's no longer the island's inhabitants who are in jeopardy.
It's the world around them.

A Fall of Secrets is the penultimate book in Rose and Caleb's series as we move toward the thrilling finale in Book 16: An End of Night! (Goodreads) 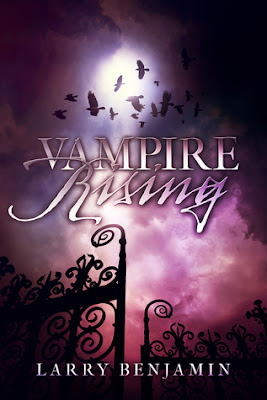 Synopsis -
“To be a Vampire is to know your pale skin and red lips offend others.”
-Malcolm V

It’s the mid twenty-first century. Anti-Semitism, racism, sexism and homophobia have been consigned to the dustbin of history. The world is run by “the state,” and Christian zealots, whose chief governing tools are fear and oppression. It’s a wonderful time to be alive—unless you’re a Vampire. Vampires are despised, and feared, and subjected to discrimination and unspeakable violence.

Considered undead, unholy, without basic human rights, Gatsby Calloway lives on the fringes of society, avoiding humanity. Until he meets Barnabas, a young encaustic painter. When Barnabas is mortally wounded during an anti-Vampire attack, Gatsby must forget everything he has known, and learn to trust. (Goodreads) 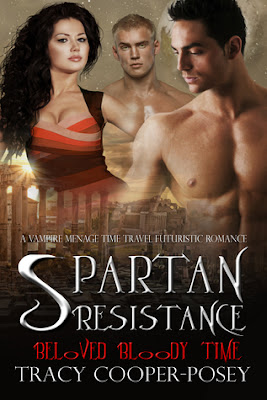 Brenden Christos was born a son of Sparta, and is over two thousand years old. Now in the twenty-third century, he is the security chief of the Chronometric Conservation Agency. He has no time for fools, humans or anyone who threatens his Agency. Love is at the bottom of his list of priorities.

Brenden doesn’t have much time for Mariana Madison Jones, either. Their clashes escalate, as Mariana works to keep the Agency running smoothly for her vampire employers. Their rocky working relationship heads south when the world’s most eligible bachelor, Laszlo Wolffe, begins to pursue Mariana and has more than a temporary tryst in mind.

Gabriel and his psi-filers strike back at vampires and while the world is reeling from Gabriel’s vicious blow, Brenden learns that Laszlo Wolffe isn’t who he says he is, and begins to investigate, using time travel and a most unexpected ally to wrinkle out Wolffe’s secrets.
Brenden’s discovery and Gabriel’s psychotic demands collide…with tragic results. (Goodreads) 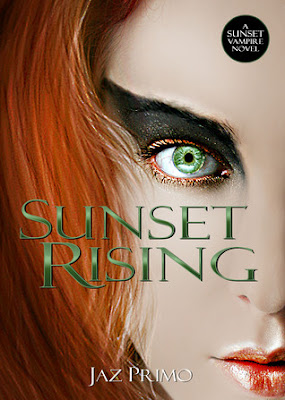 Synopsis -
In Sunset Rising, the exciting fifth installment in Jaz Primo's Sunset Vampire series, life is the ultimate prize in a race against time.

Vowing retribution, Katrina tenaciously seeks out those behind the attack against Caleb, whose research to unravel a centuries old mystery attracts both unexpected competition and mortal danger.

Paige’s conflicted feelings erupt, altering the lives of those she loves and leaving emotional disaster in her wake.

In Sunset Rising, all bets are off! (Goodreads)