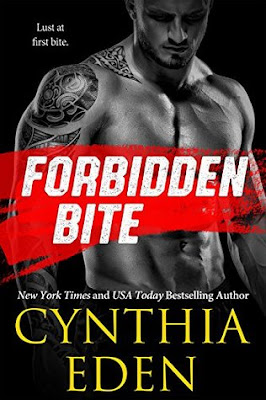 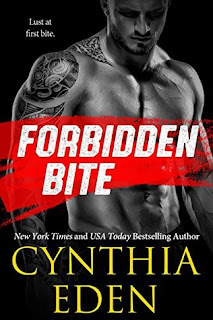 “Don’t look into her eyes. If you do, she’ll take your soul.” Werewolf Griffin Romeo has new prey—a sexy female vamp named Isabella has been hunting in Sin City, and it’s Griffin’s job to stop her. Tracking Isabella is easy work for an alpha wolf, but once he gets close to gorgeous Isabella…Griffin’s careful plans go straight to hell. Because with one bite, he’s absolutely hooked on her, lost…mated. Vamps and werewolves are supposed to be sworn enemies. They aren’t supposed to feel a white-hot attraction that burns soul deep. Now that he’s found his mate, Griffin isn’t about to let Isabella go, especially not when he learns that Isabella isn’t the killer who is attacking humans in Vegas. Griffin’s mate has been set-up, and he’ll fight with a wolf’s fury to find the enemy who is working against them both. Someone wants Isabella to be judged guilty by the wolves in Vegas, but Griffin won’t let that happen. Their mating may be forbidden, but Griffin and Isabella are about to show the paranormal world just how fiercely a vamp and werewolf can fight for each other—because mates bond forever. And nothing will come between them. Author’s Note: FORBIDDEN BITE is a short, sexy story (32,000 words) about one hot werewolf and his sexy vamp mate. Lust comes first (and fast!) in this tale, and then love is close behind. If you enjoy a hero who will gladly sacrifice everything for his lady, hot times, and a happy ending…then maybe you should take a BITE. (Goodreads)

This one is a short story, but a well written one. I tried to savor it , I really did. I usually  don't prefer short stories because they usually lack backstory and lots of plot. This one had loads of details, backstory and lots of heat. It flows smooth and left me wanting more, but satisfied. The characters are developed and continue to do so throughout the story.  Wolves and Vamps, my favorite, even if they are forbidden to bite.
No comments:
Email ThisBlogThis!Share to TwitterShare to FacebookShare to Pinterest
Older Posts Home
Subscribe to: Posts (Atom)