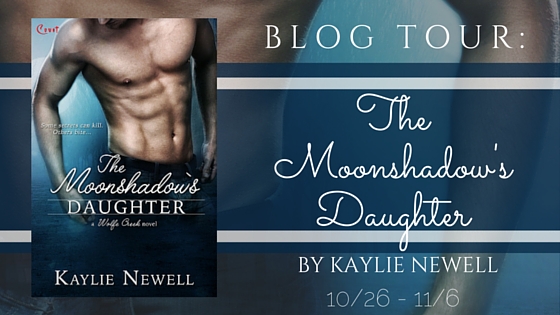 Do you love your Heroes more, or your Villains?

I love my heroes.  But I love my villains, too.  The first book in my Wolfe Creek series (Lone Wolfe Protector) features Zane Wolfe as a “kind of” villain/bad boy/is he-or isn’t he-a werewolf.  I started out writing Zane as a guy who was supposed to just make the reader question who the real villain was, but as the story went on, I started falling in love with him.  Then as the book ended, I realized Zane would have to have his own story.  He was that hot, that alpha, that yummy ;)
However, Koda (the hero in Lone Wolfe Protector) is pretty hot and alpha himself.  I loved Koda just as much as Zane.  Talk about confusing.  At one point I wouldn’t have minded finding myself in a Koda/Zane sandwich.
The third book, The Moonshadow’s Daughter, features Jake Blackstock as our hero.  He’s fairly yummy, too.  He’s the kind of guy who’s marriage material from the get-go and his hero status is firmly rooted from the first chapter.  I heart Jake.  Tall, dark, handsome...and a doctor to boot.  I hope you’ll love him, too!
Happy reading! 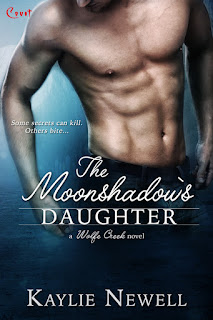 To the citizens of Wolfe Creek, Aimee Styles is dead. What they don’t know is she’s alive...and a werewolf. After she was bitten two years ago, Aimee isolated herself away from the town, determined to keep them safe. But all it takes is an icy winter evening—and an incredibly virulent flu—to interrupt her self-imposed exile.

Nothing prepared doctor and single dad Jake Blackstock for the sight of Wolfe Creek's missing girl, or her delicate beauty. He's instantly and fiercely attracted to her, despite her secrets and the shadows in her near-black eyes. Jake's falling hard. He knows nothing about Aimee...or what she really is.

But something else lurks in Wolfe Creek's shadows. Something malevolent. Something that won't hesitate to rip apart their life and new love…

“We might get more than a foot tonight,” Jake said,
looking out the window. “Maybe two.”

She nodded, not liking the thought of what else might
be out there in the darkness beyond the cottage. Tonight, she
was glad to be sitting in Jake’s living room, so close to him
and Daniel. If there was something watching in these woods,
it’d have to do it from a distance.

She glanced up to find him studying her. She could tell
the beer was having the same effect on him that the wine
had on her. His gaze dropped to her chest for a moment,
then her thighs, before coming back to rest on her face. His
expression was bold, unapologetic.

She took an even breath and put her glass down. She
knew she’d have to give him some kind of decent answer.

He deserved one. But she couldn’t exactly tell him the
two biggest reasons why she sat here now. That, one, she
was pretty sure something was stalking his little family in
the woods of Wolfe Creek, and she had to watch over this
home and the people inside it. And two, she was completely
attracted to him and lonelier than she’d ever been in her life.

“I’m…tired,” she said, choosing her words carefully. “Of
being alone. It’s hard.”

She let her gaze shift back to him, afraid of what she’d
see there. It was more than she’d intended to say, mainly
because it was so true. She hadn’t really meant to open up to
Jake Blackstock, but she guessed she could thank the wine
for that. She’d always had a problem with her filter, but add
any kind of alcoholic beverage to the mix, and forget about
it.

His eyes didn’t hold any kind of pity. Nothing to make
her feel like some kind of charity case. Instead, she saw
empathy, a kind of connection that touched her deep down.

“Me too,” he said simply. “I am, too.”
She watched him, studying his features. As beautiful as
they were, they were unable to mask the pain that lay behind
them.

“I guess we have something in common, then,” she said.
Her heart tumbled as his gaze dropped to her mouth.

He sat only a few feet away and she could almost feel his
body heat against her skin. The wind continued to howl
outside, impatient, lustful. The fire burned, but it was dying
down now. Only the embers remained, an aching memory of
what blazed there only an hour before.

“Why won’t you come back?” he asked. “You have so
many people who care about you. They must love you very
much.”

“I can’t. Maybe someday, but not yet.” Her voice hitched,
surprising her. Tears filled her eyes. She hadn’t let go and
cried for so long. But since meeting Jake, she’d done a lot of
things that she hadn’t in a while. 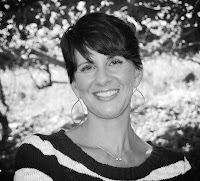 Kaylie Newell was born in the great state of Oregon, where she was raised alongside rivers and lakes and scruffy dogs that chased their tennis balls as far as Kaylie's noodle arms could throw. As she grew, so did her imagination, and it didn't take long to realize she was a romantic at heart. She began to fancy herself the future wife of a cowboy, the likes of which graced every paperback novel she could get her hands on. She decided to go to college in Oklahoma to snag herself one, but irony won over when she fell in love with a hippie in sheep's clothing instead. Together, they came back to Oregon, started a family and watched their dreams unfold. Kaylie wrote her first book when her girls were toddlers, editing sex scenes with The Wiggles on in the background. She's proud of many things in life, among them the fact that she can still recite her lines from Romeo and Juliet from her seventh grade play, the fact that she can set a grilled cheese sandwich on fire faster than most people can make one, but mostly she's proud of the stories blossoming inside her noggin on a daily basis.