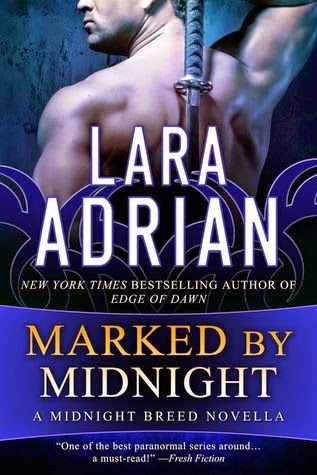 
Determined to solve a string of brutal slayings in London, vampire warrior Mathias Rowan is forced to seek the help of Nova, a fiery tattoo artist who ignites an unexpected, yet undeniable, passion in the grim Order enforcer.

Nova’s shadowy connections and dark talents may be Mathias’s best hope of unmasking a treacherous enemy . . . but falling for a woman with her dangerous past will risk both their hearts and their lives.  (Goodreads) 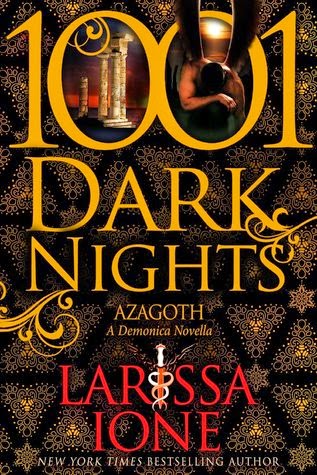 Even in the fathomless depths of the underworld and the bleak chambers of a damaged heart, the bonds of love can heal…or destroy.

He holds the ability to annihilate souls in the palm of his hand. He commands the respect of the most dangerous of demons and the most powerful of angels. He can seduce and dominate any female he wants with a mere look. But for all Azagoth’s power, he’s bound by shackles of his own making, and only an angel with a secret holds the key to his release.

She’s an angel with the extraordinary ability to travel through time and space. An angel with a tormented past she can’t escape. And when Lilliana is sent to Azagoth’s underworld realm, she finds that her past isn’t all she can’t escape. For the irresistibly sexy fallen angel known as Azagoth is also known as the Grim Reaper, and when he claims a soul, it’s forever…  (Goodreads) 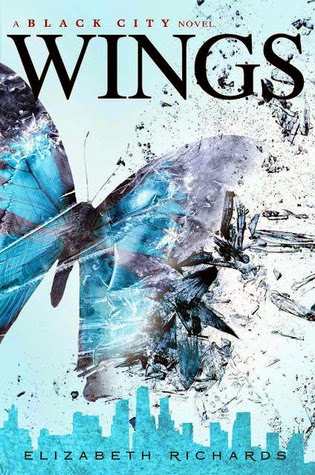 Following the cliffhanger ending of Phoenix, Natalie finds herself separated from Ash and unexpectedly reunited with her parents, including the father she thought was dead. But she can only think of Ash. She hasn't heard a word of him since she and Elijah were brought to the underground headquarters of the Sentry Rebellion. But she vows to find him.

Ash, meanwhile is back in Black City; it's the perfect place to hide from the Sentry government. But not for long. He won't give up on Natalie or bringing an end to the terrible reign of Purian Rose.

A pulse-racing end to an exciting series.  (Goodreads) 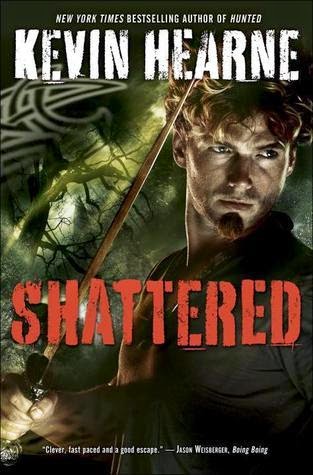 For nearly two thousand years, there was only one Druid left walking the Earth—Atticus O’Sullivan, the Iron Druid, whose sharp wit and sharp sword kept him alive while pursued by a pantheon of hostile deities. Now he’s got company.

Atticus’s apprentice Granuaile is at last a full Druid herself. What’s more, Atticus has defrosted an archdruid long ago frozen in time, a father figure (of sorts) who now goes by the modern equivalent of his old Irish name: Owen Kennedy.

And Owen has some catching up to do.

Atticus takes pleasure in the role reversal, as the student is now the teacher. Between busting Atticus’s chops and trying to fathom a cell phone, Owen must also learn English. For Atticus, the jury’s still out on whether the wily old coot will be an asset in the epic battle with Norse god Loki—or merely a pain in the arse.

But Atticus isn’t the only one with daddy issues. Granuaile faces a great challenge: to exorcise a sorcerer’s spirit that is possessing her father in India. Even with the help of the witch Laksha, Granuaile may be facing a crushing defeat.

As the trio of Druids deals with pestilence-spreading demons, bacon-loving yeti, fierce flying foxes, and frenzied Fae, they’re hoping that this time . . . three’s a charm.  (Goodreads)

Mila is a human with a secret: she can see the future. Working alongside an elite San Francisco task force her identity was supposed to remain a secret and in return she'd use her powers to bring about justice on the supernatural baddies gone rogue. Problem is, someone's found her out and leaked the information to a sect of vampires that want her for more than just her blood.

Frenzy, is a grim reaper of legend and part of The Morrigan's personal retinue. He wasn't supposed to be working the streets of San Francisco but thanks to a sudden shortage of reapers to do the job, he finds himself staring into the eyes of a woman who reminds him fiercely of a lover he'd once known in the seventeenth century. He'll do anything to make her his, even if that means becoming the monster the world had once feared.  (Goodreads)

Rowan Harper is nothing but a smart-mouthed bookstore clerk with a crappy love life on the night she walks into Rosie's Bar. Most of the drama in her life is borrowed from her best friend's adventures. But when she meets Gabriel--tall and movie star gorgeous--everything changes. Never mind that she turns down the drink he offers, or that he brims with secrets she can't begin to guess at. He ignites a desire in her she never suspected--and shows a fascination with her she can't explain.

He has no family, no job, no bank account;he knows where she lives and her favorite flower. An aura of mystery cloaks him, even as Rowan grasps for facts, even as she fears an answer that could destroy her happiness. Gabriel can guide her through a wonderland of new sensations. But only if Rowan trusts him enough to follow. . .  (Goodreads)

I am Princess Meredith NicEssus. Legal name Meredith Gentry, because “Princess” looks so pretentious on a driver’s license. I was the first faerie princess born on American soil, but I wouldn't be the only one for much longer...

Merry Gentry, ex–private detective, now full-time princess, knew she was descended from fertility goddesses, but when she learned she was about to have triplets, she began to understand what that might mean. Infertility has plagued the high ranks of faerie for centuries. Now nobles of both courts of faerie are coming to court Merry and her men, at their home in exile in the Western Lands of Los Angeles, because they will do anything to have babies of their own.

Taranis, King of Light and Illusion, is a more dangerous problem. He tried to seduce Merry and, failing that, raped her. He’s using the human courts to sue for visitation rights, claiming that one of the babies is his. And though Merry knows she was already pregnant when he took her, she can’t prove it.

To save herself and her babies from Taranis she will use the most dangerous powers in all of faerie: a god of death, a warrior known as the Darkness, the Killing Frost, and a king of nightmares. They are her lovers, and her dearest loves, and they will face down the might of the high courts of faerie—while trying to keep the war from spreading to innocent humans in Los Angeles, who are in danger of becoming collateral damage.  (Goodreads)
No comments:
Email ThisBlogThis!Share to TwitterShare to FacebookShare to Pinterest
Older Posts Home
Subscribe to: Posts (Atom)