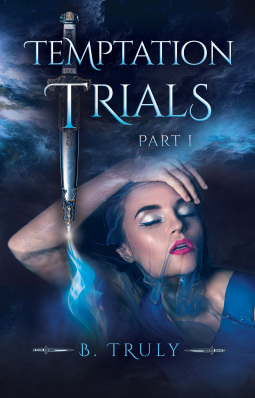 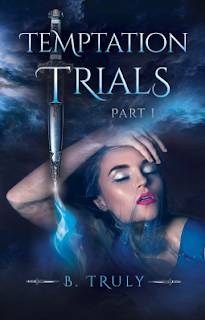 The Bachelorettes Meet Wild Things Part I of Temptation TrialsWill you be Tempted? Will Love save your Soul?One nation under his reign.Cardinal sins of man caused humanity to pay the price. Cali Nasser grew up in a world succeeding World War III. The aftermath forced the world dictatorship that she must now live in. A new Regime arose from the ashes. They demanded obedience and cooperation from every citizen, even in matters of the heart.One domain ... One accord … One nation. In Cali’s eyes, the moral code revolves around a twisted plot for control.It used to sicken Cali how people would allow the Regime to test their love through the Temptation Trials. That is, until she met Kincade. Cali’s entire point of view changes when she falls for him. She struggles with herself, debating if she should challenge the government’s law of arranged marriage.Cali’s childhood friend, Stefani, always kept a positive perspective about their lives until she was threatened with the same dilemma, at odds over the man she loves.Now Cali and Stefani face a desperate choice—submit to the Regime’s will, or fight for what they value most—love. Although lust, mistaken for love, could lead to damnation. Do they give up on love or sign up for the Temptation Trials, a reality TV show where every temptation is laid before them?The spirit is willing, but the flesh is weak. Can love save their souls?Rated Mature 18 +Adult, Dystopian Romance with sensuality, sexual content, and love triangles. (Goodreads)

The best part of dystopian stories is the slight sense of reality in the storyline. And with as crazy as the world seems these days, it's almost like watching the aftermath of a car accident; ya know you shouldn't, but you can't help but slow down and stare as you drive by. The storyline for this book is great. A pair of new adult girls hook up with a pair of hot new adult rebels and join together to fight the good fight. The author uses a dual POV and does a good job distinguishing between the two main characters.

Where this story lacked and why I'm rating it a three has to do with the overall execution and presentation. There were several holes in the plot line. For example, in one scene one of the couples comes under some heavy shooting. In the previous scene, they were handcuffed together. They discuss running away at separate times but don't mention getting out of the handcuffs until several scenes later. Some of the dialog and word choices felt a little off for young adults. There was also a lot of repetitive info dumps.

I think the author has done a great job creating a whole story. It has strong merit and deserves a chance to shine. With a little editing, this book could easily be a five-star.