A Witch in Need 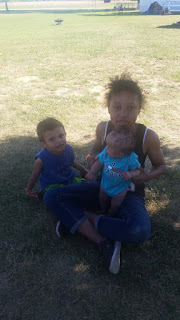 I've been through a lot of things in my lifetime. Enough to know for a fact that I must have been one evil twisted witch/bitch in a past life for Karma to be riding my back as hard as she does.   But what I'm going through right now may very well be the final straw that breaks this camels back. There are some days, more often than not, that I hope to not even wake up at all. One thing I've learned through all of this is to never look a homeless person on the street the same way again.

Many of you may know or not that my family and I are now homeless. We are some of the fortunate ones at the moment because most nights we have enough money to afford a hotel/motel. Some nights we aren't so lucky and my mate and the youngest of the clan end up sleeping in the parking lot of the hospital I work at while I'm on the inside at work. (Yes, I work midnights, in a lab, working with blood, I most definitely appreciate the irony.). And no, we don't have a lot of money, I just know how to search the web and find the best and cheapest deals for our area. Anything to keep us off of the streets. Some nights my family will graciously (yes, I am being sarcastic) keep the eleven and three year old. The seventeen and fourteen year old they will keep for all nights as they have successfully, along with the catholic school I paid for them to go to, brainwashed them into thinking that I am evil incarnate, and think they hate me to the point that they cannot stand to be in the same room as me. That is a story for another day. But, my most of my family does hate me, and walking into that house without any guards up I am hit with not only all of that hatred at once, but the utter confusion coming from my children, not knowing how they really should feel about me, the animosity my family carries for one another. Its like walking into a fog so thick that I can't even breathe. And being forced to go there more often than not due to the situation is a true punishment. What's worst? They're willing to let me come back, if I'm willing to stop going to work. Become a welfare Mom living off of the system. For one, not that easy, for two, that's just not me. I have nothing against those that do, more power to you, just too many hurdles for me to deal with and not even enough in the end game to be worth my while.

Being homeless is something I wouldn't wish on my worst enemy, and yes, I have more than a few. Not knowing where the people I love will lay their heads from one day to the next is the worst punishment Karma could ever throw onto me.
The worst part is all of the opinions being thrust onto me from all sides. Until you can bare to walk even more than a block in my shoes... My partner made some terrible mistakes which lead up to this, for which I picture myself murdering him and again for doing so. But, what some may not know about me is that I'm also an empath (yes, a witch, or a sensitive, or whatever category you want to put it in). No, I can't go running around moving things with my mind, but I feel what others are feeling, some more strongly than others. So when a person is doing something due to shear maliciousness, I know it, when they do something because they truly believe its the best thing to do, no matter how wrong or stupid it may be, I know that too. Trust me, that's not always a good thing. Because that also means when a person hates me, truly, I feel it coming at me in waves so strong it would give Point Break a run for its' money. And when a person truly does love me and my children, I feel that just as strongly. But, I also feel the frustration, the friction, the unease, the anger, every bitter emotion that comes with not being able to do for the ones you love. Compound that with my own feelings it makes it a struggle day by day to just go on.
To say this has been a true journey would be a drastic understatement, I just wish that we come to the end of the road of it very soon. People have so many different opinions and suggestions that I do appreciate and have been trying to follow these leads. My luck just sucks and what has worked for some isn't quite that simple for me. Most places that may have helped us want to see an eviction notice, which is something we never received. Some want to see everyones birth certificate, which I don't have the money to replace everyone's right now, and with the haste of the move, most are missing. They want proof we've been living out of the car, and though a lot of our things are inside of the car, that isn't proof enough.
And trying to find a place? Somehow agencies and housing companies have pretty bought up the entire market where we stay, there are very few private landlords left. And they have so many stipulations and requirements you would think you were buying the house. It would probably be easier to get a loan, which is also next to impossible. And everytime it looks as though we are about to break free of this nightmare something else claws its way to the surface and drags us right back down. For instance, the car will be shut off due to non payment tomorrow because I had to take the money I had already borrowed for that to pay for the car to be fixed since the tire decided to pop off while I was driving on the highway. With the kids inside. Even though I continue to try to explain to them that I am trying to work extra days to rectify everything and to pay them, they aren't hearing it. But, how will I get to work without a vehicle? And here is another important question, where will we even be when they decide to disable the vehicle? They have already told me whenever it goes idol, it will be disabled on either Friday or Saturday morning, wherever we are, even if that may be a gas station. What kind of world are we living in where that is allowed, especially for only one payment, not several, not even two.


They say you aren't given any more than what you can handle, but I would really love a reprieve right about now. I finally had everything planned all out. I was going back to school online, going to finish out my book series, work more on my art, finally become someone my kids can look to with their heads held high and say that's MY Mom. And I still plan on doing all of that, but it's next to impossible without a stable roof over our heads.
Truly need some relief.
https://www.gofundme.com/GothicMoms
No comments:
Email ThisBlogThis!Share to TwitterShare to FacebookShare to Pinterest
Older Posts Home
Subscribe to: Posts (Atom)