by T. A. Moorman, GothicMom's Studios 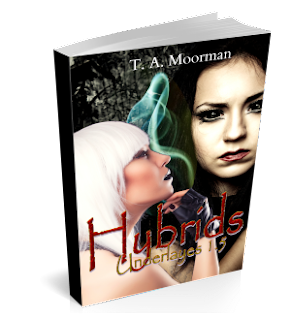 Anya has never been one for the spotlight, but her family seems to now be front and center, and the talk of the town in Underlayes. In the aftermath of her mother’s death, the discovery of said mother’s deceit, and Anya's half sister getting ready to challenge her own father for the witches throne, keeping a low profile may prove to be difficult. Add in the fact that she’s pregnant, by her female mate, and it may turn out to be impossible.


Kierra has never been one for many words. So if she were forced to explain how she impregnated Anya, it probably wouldn’t be easy for her. Especially since the truth would mean revealing her origins; she’s not a vampire, or even anything close to it. And living in a realm where her kind isn’t allowed may cause a few ramifications. Plus, should the kid call her Mom, or Dad?


Jump right back into the world of Underlayes where this magical family takes dysfuction to brand new heights. 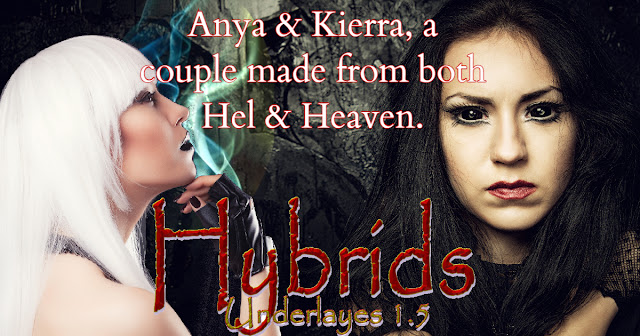 “What the fuck happened to you, Anya?” were the only words thrown at me as I flashed into my living quarters, right before being pulled into a crushing embrace by my mate who was so emotional she kept flashing between being male to female. My entire body was so numb I couldn’t tell how many times she transformed. Truth be told, I didn’t care. Being in Kierra’s arms was all that mattered, whether there was a perfectly sculpted masculine chest or a large pair of succulent breasts. It meant I was finally home.
After everything that had just transpired, my entire being had felt numb, right down to the depths of my soul, the feeling going beyond skin and bone-deep. Being with my Fated One didn’t take all the pain away, but it did at least make me feel grounded again and helped me to feel something other than the pain of losing a mother whom I never had a chance to figure out I loved more than I hated her or vice versa. So, not only did I miss out on having a mom to idolize when I was young, and fight with and terrorize as a teen, I also would never be able to confront her as an adult for everything that she had done. Even though I was more vampire than witch than my sister Tialanna, I still resented being the one our mother had decided to let go.
My mind replayed what had happened no more than a mere few hours ago…
“Anya, I’m not going to insult you with apologies.” My left eye twitched at that. I couldn’t help it, and I hadn’t bothered to try and hide it. She wasn’t supposed to die yet, and she owed me so much more than an apology. “What I did, I did only because of how much I love you. The beliefs as they are right now within the witch community? No way would you have been able to survive that. The king would have taken one look at you and killed you on sight, no questions asked and no answers needed. Which is something you girls are going to have to change. Your fire may be gone, but a flame still burns bright within you, honey. Hone your new element and let it shine through.”
My mother sucked in one long, final gasp of air. “I love you girls, all of you, and I know you will make all this right.”
With that, her eyes glazed over and her body went completely limp. Looking at my sisters, Tia and Elyssia, with tears streaming down their faces, my own remained dry. And for a brief moment, I hated them both. Which was completely unfair. It wasn’t their fault what happened, any of it. But I couldn’t help the anger I felt for them having been with this woman for their entire lives, none the wiser that I had even existed. When I looked back down at my mother’s body, I felt anger at her for abandoning me and fear at what she had left us to face. There was also the fact that she had given her element to me so that I could live. There was a turmoil of emotions dominating for control inside of me.
I allowed myself to sink deeper into Kierra’s embrace, losing myself as her lips captured mine in a kiss that went beyond physical contact and began to put a healing balm on my shattered soul. I don’t think I ever referred to her as a male, even when she was penetrating me as one. Some distant part of my brain was telling me that this time, however, I needed to help her regain control and remain in her female form. But right then, neither of us cared about anything except being as close to one another as possible.
So, when Kierra was finally able to settle on just one form, it didn’t matter to me that it was her male form. And I also didn’t stop to spell myself against getting pregnant.
I reached up and ran my hands through now shoulder-length, silky jet-black hair as Kierra deepened the kiss even more and brought my body flush against a chest that was all male and packed with smooth, hairless muscles, and an erection that was impossible to miss. At some point we both must have done away with our clothes, because before I knew it, we were already on the bed with my legs wrapped firmly around Kierra’s waist. And we made love, as male and female.
If I were being one-hundred percent honest with myself, I would admit that Kierra’s male form was exactly what I needed at that moment. I loved making love to Kierra in her female form, but that wasn’t what I needed at that particular moment in time.
Kierra entered me hard and strong, and for a couple of moments made no move, leaving her rock-hard shaft, seemingly growing in length, lying there inside of me, and rubbing my clitoris with her thick, calloused thumb. My mind blanked out of all thoughts, and primal instincts took over where all I could do was feel as Kierra began to thrust, rubbing and hitting against my walls at a perfect pace. “Harder,” I managed to say, right before I sank my fangs into the throbbing pulse point that seemed to be calling out to me.


It wasn’t long before juices began flowing out of me as Kierra let out a long stream of thick, wet heat inside my core. After a few more thrusts, we came together once more. Without breaking our connection, Kierra rolled over so that I was the one on top, and just held me as I laid my head down on that sweaty, muscular chest. We both drifted off, content in each other’s arms, not yet ready to let reality back in. 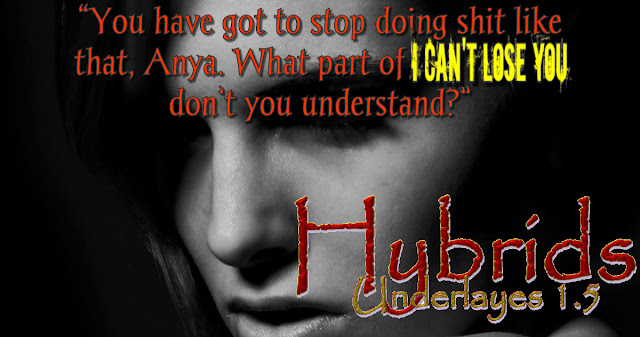