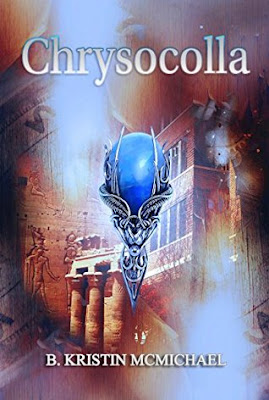 Mari’s travels have finally brought her home. First she found her father, and then just like every child’s dream that lost a parent when they were young, she even got to reunite her mother and father. Everything is perfect and just as it always should have been, except for one little detail: Kye. Kye had made it clear that for the future to be correct, things should be different. They aren’t. Now Mari is left to try to find out how to beat Logan without really knowing how to play the game. Making it home wasn’t the end, but just the beginning of her struggles.

Logan has not given up hope of winning over Mari. She might not want to be with him, but it isn’t beyond him to do anything to keep her to himself. Logan cares for no one but her, and he is prepared to do anything to keep her. Mari doesn’t agree with his feelings and can’t wait to be rid of him, once she figures out how. Every time she feels they are getting ahead, Logan finds another way to ruin it. It’s a race to see who can come out on top. Can Mari outlast Logan? Can Mari find a way to make sure her future is the one she wants? 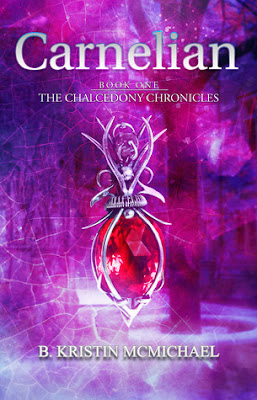 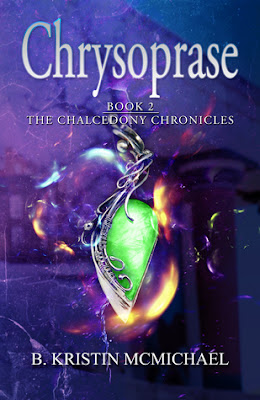 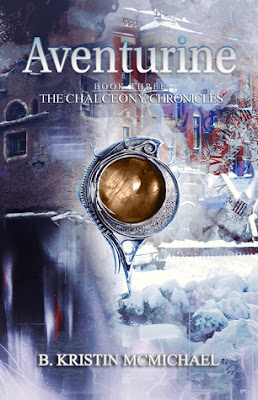 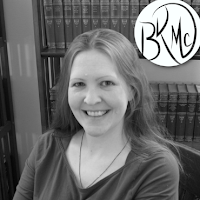 Person after person approached me to touch my hand and mumble some sort of greeting. I wasn’t exactly sure what was going on, but just played along since my father and Seth both seemed to understand. The crowd around me pressed tightly as more people tried to touch my hand. I got the feeling they understood I wasn’t going to stand around all night doing it, and would walk away as soon as I could.

“Don’t think this changes anything,” a way-too-familiar voice said into my ear. My heart beat faster, and I didn’t want to turn and confirm what I already knew. Logan was in my father’s palace. “You will still be mine. I can see our son is still here, and that’s all I need to know. This changes nothing. Once I find the last stone, I’ll be coming for you and there will be nothing your father can do to stop me.”

I turned to fire a retort at him even though I had no clue what I was going to say. He backed up and flashed me one of his model Logan smiles before fading among the guests who were still trying to touch me. I stared dumbfounded and watched him go.

Coming to my senses, I looked around the room to see if I could see the rest of my family and friends. The mob was too tight, and I just wasn’t tall enough. I dropped my hand and began to push through the mass of people to where my father and mother were. Everyone parted and allowed me through. Seth came out of the crowd also just as easily as I had. When I reached my parents, my father bent down and touched his forehead to mine.

My mother beamed from beside him. They were beyond happy. This was probably the day they both had been waiting their whole lives for. I couldn’t ruin it by telling them about Logan. I’d have to wait and talk to Kye. This was their wedding day, and they deserved to have it without worry. Even with everything, I was happy to be there with them.

I looked around the hall of people. Once I reached my father, everyone took that as their cue to go back to their little groups and enjoy the night. Seth waited just below us on the stairs as he watched me. I wanted to decipher his smile, but I was too worried now about Logan. I scanned the crowd and my father’s words rung way too true in my head. I was happy to have returned to him, but unfortunately, I wasn’t the only one who returned. 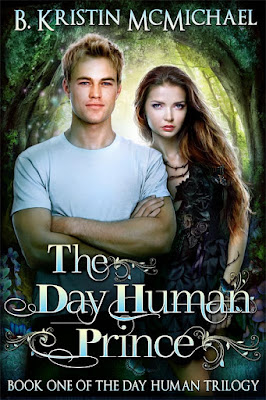 Blurb: Devin Alexander grew up as the only day human in a world surrounded by night humans who drank blood, sometimes his blood. He spent his life training toward one goal: the protection of one of those blood drinkers, Arianna Grace. But what is he supposed to do when the blue-eyed girl of the legends doesn’t need him anymore? What does his life mean then? How is a guy supposed to move on when the girl he has yearned over for a decade has chosen someone else? Before he can even start to figure out his new life without Arianna, Devin has to deal with another problem. He needs to take care of some unfinished business with a night human he has known for less than a month, but with whom he is magically bound. Vanessa McKinny has promised that she knows a way to undo the spell she placed on Devin to save his life. Devin would do anything to break the bond to be free of her, even if it means traveling to the sidhe village, a place inhabited by a race of night humans that has not had a day human visitor in more than a hundred years. If he doesn’t want to get stuck, he must work with Nessa to find a way to break the bond. Only then can Devin have time to get back to finding his new goal in life, unless he discovers that his path lies with the sidhe. 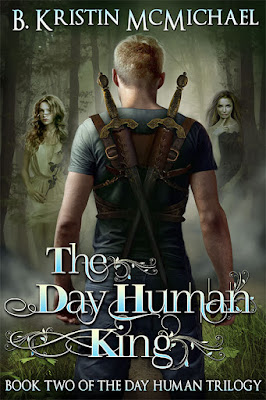 Blurb: Book Two of The Day Human Trilogy Book Five in The Night Human World An expansion of The Blue Eyes Trilogy After he inherited the power of the late sidhe king, Devin thought the battle to protect Nessa and proceed with her coronation was over. Everyone feared him, and he had the power to do anything in the sidhe world. He was wrong. As problem after problem arises, Nessa and Devin discover that the path to the throne isn’t as simple as they thought. Formalities must be adhered to, preparations must be made, and between all of that, Devin and Nessa must decide what to do with an obviously pregnant Fiona, who won’t name the father of her child. To make matters worse, the elite sidhe are still assassinating each other. No one in the palace is safe. Who is behind the latest deaths, and can the coronation actually occur with all of the drama going on? Devin and Nessa’s road to power might be cut short if they can’t find the answers. 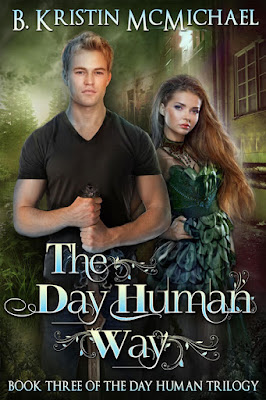 Blurb:
Book Three of The Day Human Trilogy Book Six in The Night Human World Devin thought his stay with the sidhe would be short. That soon changed when he found out that he loved Nessa, but love just might not be enough. She has other suitors, and Devin isn’t sure if he wants to go through that again. Too bad for him, suitors are the least of his problems. On the eve of Nessa’s coronation, Devin finds himself framed for using magic he doesn’t possess. With his sidhe powers he’s the only one who knows that the magic harming people around Nessa comes not from nature, but from the witches. Good thing Devin knows a witch or two himself, but will it be in time to save everything and get Nessa on the throne? 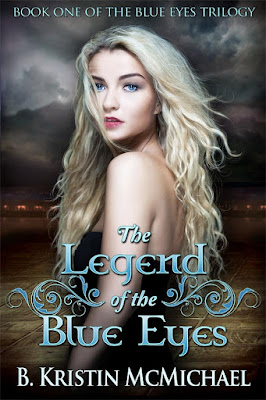 Blurb: Arianna Grace liked her boring, Midwestern, teenage life where she ignored the many unanswered questions of her childhood. Why were her parents dead? Why did she not have family? Where was she raised until she was five? When someone offers to explain it all, Arianna thinks she’s just getting answers. Instead, she is thrown into a world of night humans who drink blood. On Arianna's sixteenth birthday, her world is thrown upside down when she changes into a vampire.

Night humans, or demons, as some call them, live in normal society. Learning all of the new rules of a world she didn’t know existed might be hard enough, but it's further complicated by two former-friends that now want to help her take her role as the successor to her grandfather. There is a war going on between the night humans. Sides have been taken and lines are not crossed.

Four main clans of night humans are struggling for control of the night. Divided into two sides, clans Baku and Tengu have been at war for centuries with the clans Dearg-dul and Lycan. That is, until Arianna Grace finds out the truth; she’s the bridge of peace between the two sides. But not everyone wants peace. With the night humans divided, Arianna is now a pawn in the war between them. She must choose a side—her mother’s family or her father’s—and for once in her life, decide her own fate. 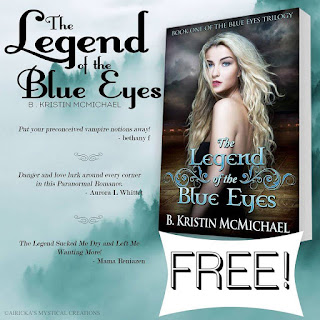 For more information on all of her books, visit http://www.bkristinmcmichael.com

B. Kristin graduated with her PhD in biology at Ohio State where she worked as a scientist before taking her passion of writing full-time. Besides writing, she enjoys chasing her kids, playing outside, and baking cookies.

B. Kristin McMichael lives in Ohio with her husband and three children.

The Day Human Trilogy is books 4-6 in The Night Human World. They can be read as a standalone, or after meeting Devin in the Blue Eyes Trilogy.

Excerpt from The Day Human Prince

Nessa pulled back in horror at what she had just done. She had drunk blood from a living day human. She had never in her life fed on a live human before. It was completely different than drinking blood from a cup. It was warmer, fresher. It tasted much better. However, she wasn’t willing to admit that to Devin. As she pulled back and savored the new taste, she was still wrapped in Devin’s arms. He was studying her intently, and she blushed from the proximity. Everything about drinking his blood was different. Drinking blood from a human was much more intimate than she’d ever imagined.

Devin didn’t let go of her right away. He stared at her, analyzed her, and the gleam in his eyes were unnerving. He wasn’t scared of her, or the fact that she’d just bit him and drained some of his blood. In fact, he was concerned about her. Nessa wanted to wiggle away, but there was nowhere to go. She glanced back at him, and found that he’d let her go far enough back that he could examine the wound.

Once he was sure she was fine, Devin slid across the middle of the car, over to his seat. He started up the engine and backed up in the parking lot, backing up further than he needed to go. He paused, peering out of Nessa’s window at the wayside bench. The shadow he had described was still there. Devin stared across the sparsely-lit parking lot at the assassin, and it was as if he didn’t just see the shadow, but the actual person. When Nessa looked out and didn’t see anything, she turned back to Devin.

The marks from her teeth slowly faded from his neck, and she felt them appear on her own. The bonding had made it so that his wounds would transfer to her since she had the ability to instantly heal when properly fed. As quickly as they appeared on her, they were gone. She had the stronger blood of the two of them, but as he gave a nod to the invisible foe, she would never admit it to him. Something about the nod he gave to the unseen assassin told her she wasn’t the stronger one of the pair. Devin Alexander was an amazing day human and so different than she ever imagined.