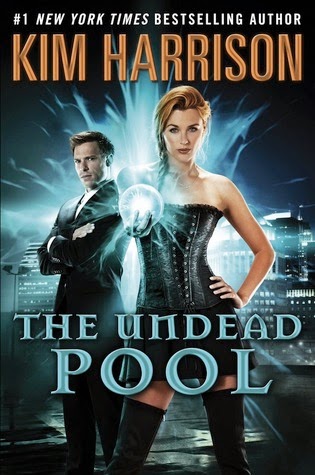 
"If you do not know your history, you're doomed to repeat it."


Witch and day-walking demon Rachel Morgan has managed to save the demonic ever after from shrinking, but at a high cost. Now strange magic is attacking Cincinnati and the Hollows, causing spells to backfire or go horribly wrong, and the truce between the races, between Inderlander and human, is shattering.

For years now fans of The Hollows have been wanting to know what happened to drive Newt insane.  Well, hold onto your seats ghouls and gals cause its going to be a bumpy ride as Rachel finally learns the truth, the hard way.  The one question that will be remaining at the end, will Rachel be able to maintain her own sanity?  And for those of you that have been rooting for a Trent and Rachel union, are NOT going to want to miss this.

Rachel finds herself yet again having to save the world.  Someone has been tampering with her line, but far more than just that.  Turns out the Goddess of the elves was once a very real thing indeed, but during the great war between Elves and Demons, she was not only destroyed but shattered.  Now someone has found a way to collect those particles of her and use them to keep the undead vampire masters asleep, in turn slowly starving them to death.  And while that seems like a great plan in theory, especially for the not so secret faction known as the Free Vampires, there is now nothing to stop the living vampires to do any and everything they want, can anyone say bloodbath?  It seems that no-one is safe from vampires, not even themselves.  That's not the only troubles Interlanders are facing.  With whoever out there capturing mystics, all magic is misfiring, causing simple cleaning charms to backfire to the point of death.

Quite naturally Rachel goes to her demonic teacher for help, but he is less than willing.  The question is, does he truly not know what is going on, and if he does, why is he holding back.  The answer comes in the form of the only other female demon, the less than sane Newt.  And if Rachel goes through with her plan to save everyone she may end up just as insane.

The reason behind Newts' sanity isn't the only thing that comes to light, so do Trent and Rachel's' true feelings toward one another.  But will he finally listen to his heart, or put his responsibilities to his elven people first.  And Ivy finds herself yet again battling for Nina's soul because there is one undead who never went to sleep, Felix.

This is a true must read for Hollow's fans, and for readers who are newbies, this stand-alone will leave you craving for more.   Full of lust, love, blood, gore, excitement, honor and characters who will pull at your heart strings, make you want to tap a ley line and stand by their sides and fight whether you're as small as a pixy or as big as a were.