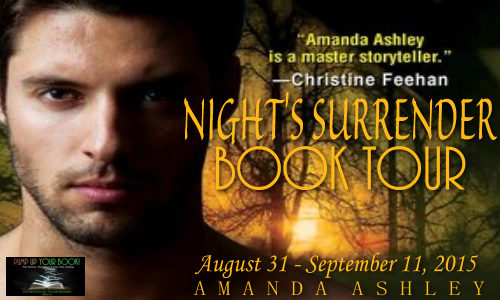 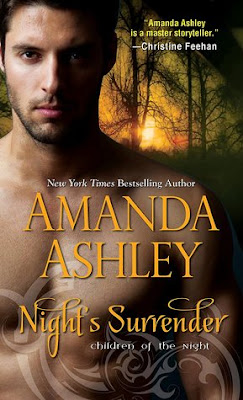 “A master of her craft.” —Maggie Shayne“Amanda Ashley is a master storyteller.”

Aspiring actress Abbey Marie Cordova knows more than most people do about vampires—she was born among them, the only human child in a centuries-old family of the undead, and determined to stay that way. But a chance encounter with dark, mysterious Niccola Desanto rocks her to the core. Nick is a vampire, and he’s the only man who has ever made her feel so beautiful, so cherished, and so passionately desired …

Nick has spent hundreds of years on his own, and the decadent pleasures of the world have lost their appeal. Rumor has it the vampire who made him has regained her humanity—the temptation to find her and demand to know the secret is overwhelming. But one glance at innocently alluring Abbey changes everything. Drawn to her with dangerous, consuming passion, Nick will need more than a lifetime to love her…

More Children of the Night

ORDER INFORMATION
Night’s Surrender is available for order at

Amanda Ashley is one of those rare birds – a California native. She’s lived in Southern California her whole life and loves it (except for the earthquakes). She and her husband share a home with a fluffy Pomeranian named Lady, a tortoise named Buddy, and a wild sparrow named Tweety.

Amanda and her alter ego, Madeline Baker, have written over 50 books, many of which have appeared on various bestseller lists, including the New York Times List, the Waldenbooks Bestseller list, and the USA Today list. Not bad for someone who started writing just for the fun of it.