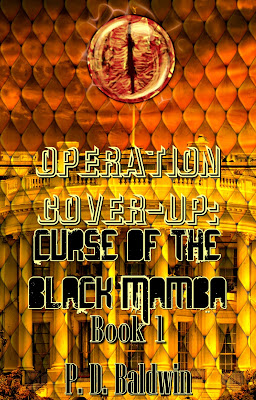 Senator Robert “Bob” McKenna is the perfect candidate. This fiery man of the people with his charm, good looks, and beautiful family is all but guaranteed to be the next President of the United States. That is until a string of brutal murders a mysterious stranger from the senator’s past appear and open a Pandora’s Box of lies and secrets that threaten to derail his campaign. Desperate to salvage his presidential bid, Senator McKenna enlists the help of ‘The Agency’ and from there, all hell breaks loose.

While working to find the culprit behind these brutal murders, Alexis Stratton and his team of operatives discover that Senator McKenna's closet is teeming with skeletons. Among them is a pair of murders so heinous they haven’t been spoken of in over three decades! ‘The Agency’ also discovers that murder isn’t the only motive, especially when they tie a recent breach in their security to a jilted former operative. With law enforcement closing in on their mark, Alex and company race against time to contain additional collateral while protecting the senator from this brutal assassin. 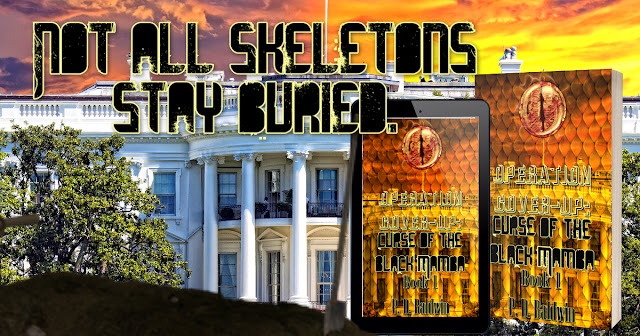 Excerpt:
Late Saturday evening after dinner and a movie with Susan and their kids, Robert crept out of the governor’s mansion one last time to be with his other family. As he drove along the winding two-lane road, he contemplated ways to break the news to them. The closer he got to their house, the smaller he felt. Leaving Emma behind was the last thing that ever crossed his mind, despite the fact that he’d already done it. He’d gotten married, had children, and was enjoying a celebrity lifestyle while hiding her and their child in the shadows leaving them to survive on hollow promises and broken dreams. Now in order to protect them, he had to abandon them. With each passing mile, another piece of his heart broke off and disappeared.
“Where’s the fire assholes?” he barked when two dark colored sedans raced past him in the opposite direction.
Moments later, he found out. Orange flames and thick plumes of smoke filled the night sky above Emma’s farmhouse. The searing heat caused the vinyl top on his car to bubble up the moment he stepped out. The awesomeness of the blaze had the governor completely frozen. Tyler and Sam had been true to their words. They ‘handled’ his issue just like they promised. Accepting the fact that there was nothing that he could do except cry, Robert McKenna climbed back in his car and sped away with sirens wailing in the distance behind him.
The next morning while his family was away at church, Robert watched the news anxiously while downing shots of Scotch. The news anchor reported that the fire had been started by a gas leak that consumed the entire house and the adjacent barn almost instantly. Robert McKenna knew better.
“It’s highly unlikely that anyone could have survived a blaze of this magnitude,” were the last words that registered in his ears before the camera panned to the smoldering, watered-down heap where the massive six bedrooms, three bathroom farmhouse once stood.
With tears in his eyes, the heart-broken governor turned off the television and refilled his glass. Thoughts of Emma and Mona ripped him all the way to his soul. He spent the remainder of the day and the next two weeks in a depressed and drunken stupor.
Several months later just as Sam and Tyler had promised, Robert was seated as the Nebraska’s newest senator and over the next several years while under their thumbs ‘the people’s champion’ became one of the most powerful lawmakers on Capitol Hill. His prowess in the courtroom had successfully transferred to the Senate Floor. He was adored and admired by colleagues and constituents alike and though his triumphs were highly publicized, it was the work he did behind the scenes that proved most important. Senator McKenna was making himself and many others in his circle very wealthy. Now some thirty years later with Sam dead and Tyler at his side, Senator Robert McKenna was being groomed for his next assignment; President of the United States of America. 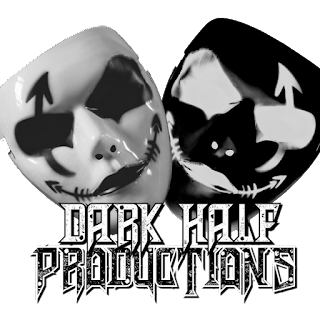 P. D. Baldwin is a creator, thinker, and an award winning author who gains creative inspiration from everything he touches from comic books, graphic novels, and video games to TV, movies, and real life experiences. Having discovered his passion for writing at an early age, Baldwin strives to invent new and exciting stories for a variety of genres. His current collection of erotic short stories, poems, and novels reflects a desire to forge a new literary path that will provide enjoyment for all types of readers. Written in a style meant to elicit the maximum amount of excitement and stimulation from his audience, Baldwin’s books embrace every type of fantasy imaginable from erotica to espionage. With strong characters and a wide variety of plots, each story will place you right in the middle the action by making you your very own protagonist.
https://www.facebook.com/Dark-Half-Productions-LLC-1473285362902221/

Edward Scot and Victor Blackwood have despised one another for nearly a quarter of a century, but now their simmering hatred is about to erupt.

When Cassie Scot returns home from her sojourn in Pennsylvania, she finds that her family has taken a hostage. Desperate to end the fighting before someone dies, Cassie seeks help from local seer Abigail Hastings, Evan Blackwood’s grandmother. But Abigail has seen her own death, and when it comes at the hand of Cassie’s father, Victor Blackwood kills Edward Scot.

But things may not be precisely as they appear.

Evan persuades Cassie to help him learn the truth, teaming them up once again in their darkest hour. New revelations about Evan and his family make it difficult for Cassie to cling to a shield of anger, but can Evan and Cassie stop a feud that has taken on a life of its own? Conclusion to the Cassie Scot series.

“I–” My cell phone rang, saving me the challenge of coming up with a plausible lie. I answered without checking the caller ID. “Hello?”

“Cassie, dear, how are you and my grandson getting along?” It was Abigail. I had the volume turned up loud enough that Evan could hear. His eyes widened, and he stepped closer. Too close, but I pretended the proximity didn’t affect me in the slightest.

“Abigail, where are you? What are you doing?”

“You know the answer to that question, Cassie. And as much as I’d love to give you and Evan a chance to work through more of your issues, I find I have a selfish last request.”

My heart squeezed. “What?”

“I don’t want to die alone.” The words were a bare whisper, but both Evan and I heard.

“At the overlook around back. Hurry.” The call ended.

I was already on my way out the front door, Evan right on my heals. To simplify matters, and to get to her as soon as possible, I decided to give him as much of the truth as I could. “She says someone has to die, and if it’s not her, then it’s going to be your parents.”

“What? When did she say that?”

“In snatches for a week, but most of it earlier tonight, right before I came over.” I was out the door now, heading around back up the paved path wide enough for Abigail’s wheelchair to navigate.

To my immense relief, Evan didn’t question me further. He followed me for a few paces, then rushed ahead, moving too quickly for me to keep up even when I broke into a run.

She had her chair parked at the top of the hill, overlooking the lake below and a spectacular sunset above. Either I had never seen colors so vibrant before, or I had never paid proper attention. It was as if the heavens were saying farewell.

My father was nowhere in sight. I had half expected to see him there, and managed a sigh of relief when I didn’t. It was short lived, though.

Evan knelt in front of his grandmother, holding her right hand in his. When I arrived, I sank to the paved earth at her other side, taking her left hand in mine. The skin was papery thin and so frail I feared it would flake away.

“Thank you.” She didn’t look at either one of us, and her voice was whisper-thin.

“You don’t have to die,” Evan said. “There has to be another way out. How are you going to die?”

“I-I don’t know. I can’t see past my own death. It’s made things... difficult these past few months.”

“I didn’t have long to live anyway. My heart is weak, and.... I don’t want to talk about it. Please. I don’t have long. Talk to me about something nice.” There was a hitch in her voice that told me no matter how she had prepared for this moment, she wasn’t ready to die. That realization, more than anything else, brought the first tears to my eyes.

“Don’t cry for me. I’ll be all right. My husband’s been gone these many years now, and I’ve been alone.”

I felt Evan’s free hand take mine, and I didn’t even think about yanking it away. For once, his touch didn’t feel anything except comforting. He needed it. I needed it. And so it was.

“Why did you send them?” Evan asked.

“I don’t suppose you two would consider it a dying woman’s last request?” she asked.

Evan didn’t say anything, although I became more aware of his hand holding mine.

“Seriously,” Abigail said, “will you at least talk to one another? Really talk?”

I closed my eyes, swallowed hard, and nodded. The request was at least as manipulative as the first because she knew I couldn’t deny this one. It was too reasonable.

“Good.” She squeezed my hand.

That’s when her house exploded.

Christine Amsden has been writing fantasy and science fiction for as long as she can remember. She loves to write and it is her dream that others will be inspired by this love and by her stories. Speculative fiction is fun, magical, and imaginative but great speculative fiction is about real people defining themselves through extraordinary situations. Christine writes primarily about people and relationships, and it is in this way that she strives to make science fiction and fantasy meaningful for everyone.

At the age of 16, Christine was diagnosed with Stargardt’s Disease, a condition that effects the retina and causes a loss of central vision. She is now legally blind, but has not let this slow her down or get in the way of her dreams.

In addition to writing, Christine teaches workshops on writing at Savvy Authors. She also does some freelance editing work.

Christine currently lives in the Kansas City area with her husband, Austin, who has been her biggest fan and the key to her success. They have two beautiful children.