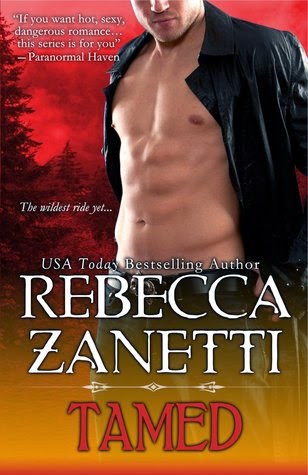 Love is about to start conquering. . .  (Goodreads) 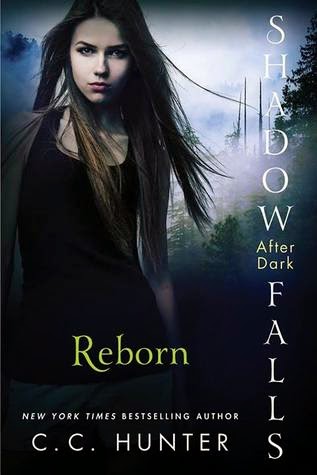 
Return to the beloved world of Shadow Falls, a camp that teaches supernatural teens to harness their powers—and where a vampire named Della will discover who she’s meant to be.

For Della Tsang, Shadow Falls isn't just a camp: it's home. As a vampire who's never fit in with her human family, it's the one place she can truly be herself. But when a mysterious new guy arrives at camp, Della’s whole world is thrown into turmoil. Chase is a vampire with secrets, who knows more than he’s telling. But the more time she spends with him, the more she begins to trust this attractive stranger—and feel drawn to him. But romance is the last thing she wants—as she keeps telling Steve, the hunky shapeshifter who won’t stop trying to win her heart. And if Della isn't careful, he just might succeed.  When a new case puts everyone she cares about in danger, Della’s determined to do everything she can to save them . . . even if it means teaming up with Steve and Chase, who leave her more confused than ever. With their lives on the line, will Della and her friends survive—with their hearts intact?  (Goodreads)

FIRST IN A NEW TRILOGY

From Charlaine Harris, the bestselling author who created Sookie Stackhouse and her world of Bon Temps, Louisiana, comes a darker locale—populated by more strangers than friends. But then, that’s how the locals prefer it…

Welcome to Midnight, Texas, a town with many boarded-up windows and few full-time inhabitants, located at the crossing of Witch Light Road and Davy Road. It’s a pretty standard dried-up western town.

There’s a pawnshop (someone lives in the basement and is seen only at night). There’s a diner (people who are just passing through tend not to linger). And there’s new resident Manfred Bernardo, who thinks he’s found the perfect place to work in private (and who has secrets of his own).

Stop at the one traffic light in town, and everything looks normal. Stay awhile, and learn the truth...  (Goodreads)

House of the Rising Sun by Kristen Painter
Crescent City Book 1
May 13, 2014

Augustine lives the perfect life in the Haven city of New Orleans. He rarely works a real job, spends most of his nights with a different human woman, and resides in a spectacular Garden District mansion paid for by retired movie star Olivia Goodwin, who has come to think of him as an adopted son, providing him room and board and whatever else he needs.

But when Augustine returns home to find Olivia's been attacked by vampires, he knows his idyllic life has comes to an end. It's time for revenge—and to take up the mantle of the city's Guardian.  (Goodreads)

Blood Witch by Amelia Atwater-Rhodes
The Maeve'ra Trilogy Book 1
May 13, 2014

A gripping tale about loyalty, power, and the quest for freedom
Vance Ehecatl was raised with every luxury he could imagine in a beautiful greenhouse within the powerful empire of Midnight. Vampires are the only guardians Vance has ever known since he was abandoned by his shapeshifter family as a baby quetzal, and he is grateful to them for generously providing for all of his needs. When an act of violence forces Vance from his sheltered home, he is startled to meet Malachi Obsidian, a fellow shapeshifter with conflicting ideas about Midnight and its leader, Mistress Jeshickah.

Malachi claims Vance is a bloodwitch, who Jeshickah and her trainers, Jaguar and Taro, are trying to control. Vance doesn't know anything about the rare and destructive magic Malachi says he possesses, and he can't believe Jeshickah would use it to hurt others. But when his friends begin falling ill, Vance starts to realize his perfect world may not be as flawless as it seems. Now Vance must decide who to trust-the vampires he's always relied upon, or the shapeshifters who despise them.  (Goodreads)

A new series returns to the world of Beautiful Creatures. Some loves are cursed...others are dangerous.

Ridley Duchannes will be the first to tell you that she's a bad girl. She's Dark. She's a Siren. You can never trust her, or even yourself when she's around. Lucky for her, Wesley "Link" Lincoln can never seem to remember that; quarter Incubus or not, his heart is Mortal when it comes to Ridley. When Link heads to New York City to start a music career, Ridley goes along for the ride-and she has her own reasons. As if leaving small-town Gatlin for the big city, trying to form a band, and surviving life with a partially reformed Siren isn't hard enough already, Link soon learns he has a price on his head that no Caster or Mortal can ever pay.

Kami Garcia and Margaret Stohl, the #1 New York Times bestselling coauthors of Beautiful Creatures, are back and casting another magical spell. Their signature mixture of mystery, suspense, and romance, along with a dash of fun and danger, will pull fans in and leave them begging for more.  (Goodreads)

Starting where Book 1 left off, Duncan MacDonnough has assumed leadership of the local vampire conclave and changes are being met with resistance.

Kimber Treat, the necromancer everyone (including her) blames for starting the zombie apocalypse in the first place. Duncan and Kimber are new in their love and the complications of zombies and hungry vampires puts stress on an already shaky relationship. Duncan wants to keep her safe, but Kimber still believes she can end the Outbreak. Will the cost be too great?

No wicked wenches or wild rampages…it's been centuries since Mordr the Berserker was turned into a Vangel-a Viking Vampire Angel-as punishment for his sin of wrath, and he's been frustrated ever since. It's not so bad being stuck in modern-day Las Vegas. What better place to slay Lucipires, or demon vampires, than the original Sin City. But then Mordr Sigurdsson's mission is expanded to a new assignment: protect lust-worthy Miranda Hart.

Miranda's well-ordered life turned into chaos when she unexpectedly inherited her late cousin's five children. Now, her cousin's dangerous husband is about to be paroled, and she needs a miracle to keep them all safe.That miracle arrives on her doorstep in the form of a very buff, handsome man with a very strange name. Mordr wants nothing to do with a red-haired wench or children. Miranda wants nothing to do with gorgeous hunk who claims to be a Viking.

As Miranda and Mordr give in to temptation, they must decide if they fit in each other's worlds-before their enemies close in on them.  (Goodreads)

Hunt the Darkness by Alexandra Ivy
Guardians of Eternity Book 11
May 27, 2014

The vampire, Roke, is raw, sensual, always in control. Yet somehow he's allowed the unthinkable to happen: a nymph-like witch named Sally has used her magic to trick Roke into mating with her. The pair will remain bound for eternity unless Sally breaks the spell. The trouble is, she has no idea how. . .

Mating with Roke was an accident; at least that's what Sally keeps telling herself. She's on the hunt for her demon father, whose identity holds the key to releasing the spell. The search won't be easy with Roke shadowing Sally's every move. As they mate with a ferocity that leaves them both aching for more, Sally isn't sure if her world is more dangerous without Roke—or with him. . .(Goodreads)