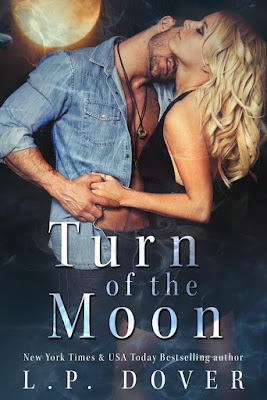 Promised to one. Destined for the other.

To escape the cruel, overbearing, Kade, the Yukon Pack alpha she’s been promised to, Bailey Whitehill flees her home in search of a new life, one of freedom where she can make her own choices. However, Kade will stop at nothing to make her his and begins the hunt. As Bailey starts her new life, everything she’s known to be true, is not. Time is of the essence and choices have to be made or consequences suffered. Not only does Bailey fear Kade, but another danger lurks deep in the recesses of the forest. Unbeknownst to her, that danger is what she’s been searching for all along. At the turn of the moon, her fate hangs in the balance . . . and it’s up to her to make the right choice.

New York Times and USA Today Bestselling author, L.P. Dover, is a southern belle residing in North Carolina along with her husband and two beautiful girls. Before she even began her literary journey she worked in Periodontics enjoying the wonderment of dental surgeries. Not only does she love to write, but she loves to play tennis, go on mountain hikes, white water rafting, and you can't forget the passion for singing. Her two number one fans expect a concert each and every night before bedtime and those songs usually consist of Christmas carols. Aside from being a wife and mother, L.P. Dover has written over twenty novels including her Forever Fae series, the Second Chances series, the Gloves Off series, the Armed & Dangerous series, the Royal Shifters series, and her standalone novel, Love, Lies, and Deception. Her favorite genre to read is romantic suspense and she also loves writing it. However, if she had to choose a setting to live in it would have to be with her faeries in the Land of the Fae. L.P. Dover is represented by Marisa Corvisiero of Corvisiero Literary Agency and Italia Gandolfo of Gandolfo Helin & Fountain Literary Management for dramatic rights.
Author links:
Facebook *  Website *  Twitter  *  Goodreads *  Amazon *

“Not at all. I enjoy sleeping alone. I have more room.”

“You lie, angel. I could feel your disappointment this morning. All you have to do is tell me you want me and I’ll stay. I have to hear it.”

“You know I want you, Ryker. I’m sure you could figure that out the other night.”

My whole life, I never needed anyone to protect me, not even my parents. And when it came down to it, they didn’t do a very good job when it came to Kade. I knew I could survive on my own. Admitting I needed or even wanted someone was foreign to me. Saying the words out loud was near impossible.

“You showed me, but haven’t told me. Words can be powerful,” he replied.

Rolling my eyes, I got out of bed and threw on some clothes before going downstairs. He was in the kitchen with his back to me, shirt off, wearing only a pair of boxers. Holy fuck.

“So if I take off my clothes and lay down on the table, you wouldn’t have sex with me?”

He continued on with cooking while I stood there, dumbfounded. I didn’t believe him for a second. His back stiffened when I took off my shirt and pants and climbed up on the table.

“I am so hungry,” I announced, waiting for him to turn around.

When he did, he completely ignored me and sat down with his plate of food. He pointed to the counter. “Your plate’s up there.”

“You’re seriously not going to look at me?”

He studied an invisible spot on the table and placed a piece of bacon in his mouth, crunching it slowly. “You’re not ready for that.”

I waited for him to sneak a peek but he didn’t. “Who’s the stubborn one now?”

He chuckled. “Still you, sweetheart. You have me beat.” 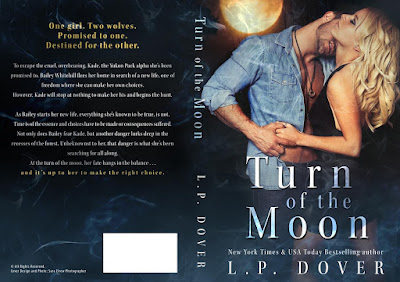