Here are a few more than six sentences for #SixSentenceSunday from my current #WIP #NotSoWicked. A Young Adult book from the world of #Underlayes that I'm determined to finish for #NaNoWriMo.

“Dear, Goddess, are they ever gonna learn how to drive these things?” came from someone closer to the front.

Which earned a few laughs and a, “Think you could do any better?” from Mz. Fargus, a warlock who had accidentally turned himself into a woman with a spell meant to make him more sensitive to females, whose turn it was to drive our bus that morning. Like most of the adults in Underlayes, he had never learned how to drive. They all now took turns in learning how to do so, by driving us to school. Well, not all, mostly just those that were bartering for a favor, like a spell to turn back to the gender they wanted to live in. And he sucked at it even more than most, one time he turned so sharp the bus ended up flipped on its side. Good thing we were practically immortal, short of decapitation, and fire.

“You know,” Laina spoke as we all stood to get off the bus, “this whole human experience part of things just may get us killed one day.”

We laughed at her comment while we shuffled our way to the front and off the bus, and I said, “Well, at least we’d go out together. Ready for another fun filled day at Be Prepared High?” with several sighs in response, we headed to the door to see whatever they had in store for us. 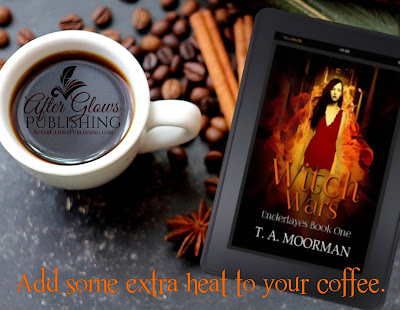 “The #romance was off the charts. The twists and turns had me guessing. The only bad thing is that it ended way to soon, I was not ready to leave the world that #hooked me in.” – Relleman

“This book took family dysfunction to a whole different level and I loved it, I cannot even imagine whats in store for the next book but if its anything like this one I'll be in for another #allnighter yay happy dance.” – Deja

Stay up to date with my latest releases and sneak peaks, and an occasional full chapter not seen anywhere else, by signing up for my Newsletter.