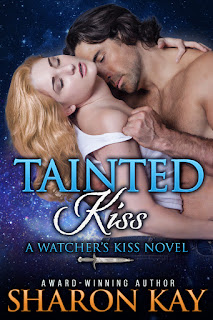 Haunted by a centuries-old tragedy, there’s no room in Arawn’s life for softness. Every action he takes is for the betterment of his race and the good of the realm. He leads his elite band of warriors the same way he lives his life: full on, without compromise, determined. Except for one sexy female who happens to be his subordinate.

Ria relishes the duties Arawn assigns her as much as she respects the deadly combatants on her team. And she has a secret: her formidable boss is also her deepest fantasy. Years of working under his authority haven’t dulled the spark she feels, yet her passion is tempered by the hints of loss she gathers about him. His dark and sexy moodiness draws her, but he’s a hard man to approach as he keeps the world at emotional arm’s length.

When Ria is gravely injured in the line of duty, Arawn can no longer fight his own long-simmering feelings. But a secret, more heinous and ugly than anyone could imagine, prevents him from surrendering his heart. Despite his intentions, he and Ria forge a connection both fiery and unexpectedly tender. Yet every day brings them closer to shocking facts. Evil stirs in his blood, and hiding the truth from her will be the ultimate betrayal.

Wake up.
He always told her to wake up. The male voice was always light, almost teasing as it cut into the sluggish images that chased across her mind, disturbing them in a way that was surprising and wonderful. Wake up. But in his deep voice there was also a need. Not urgent, but…something different.
He wanted her to wake up. To join him. There was a tenderness in his voice that made no sense. Was she dreaming? This man, her leader, wasn’t patient.
Her thoughts were muddled, a jumble of questions and darkness. Certain voices echoed in her head now and then. Voices of people who loved her. Nearby and hushed. His voice, always, talking to her.
“Wake up. Now.”
Wait. This time, she heard it in her ears as well as her foggy brain. Ria forced heavy eyes open.
Bright lights. His huge body near her. Her left hand, impossibly warm…held in his?
He’s here. And his head was lowered over their hands.
Soft words whispered…what had he said?
What was happening? Am I dead? Something amazing and peaceful surrounded her inside and out, a feeling of belonging and…and rightness. And it had to do with him.
Abruptly his fingers tightened on hers, the trace of softness gone.
Powerless to do anything but stare, she was transfixed by his dark hair and impossibly wide shoulders. So she caught every nuance in his eyes when he lifted his head and started to push up from his chair.
She caught the resigned look of tenderness that flickered when he first looked up.
She caught the slice of absolute shock when he met her open eyes.
She caught the genuine smile he gave her. Gods, he rarely smiled. She tried to smile too, couldn’t help it. He looked like a warrior god created just for her. If this were a dream, she wanted to live here forever. Stay.
He was getting up.
No! “St—” Her voice was barely a whisper, cracking through the dry tissues of her throat. Did he even hear her?
Dark eyes wide, he leaned closer. Brooding, big, a swift protective presence. “Ria! Holy gods. Can you hear me?”
She nodded and opened her mouth to try to say more.
“Don’t try to talk yet.” He still held her hand in his much larger ones, concern and wonder on his handsome face.
Arawn.
His name burst like a firework in her mind. The Lash demons’ uncompromising Commander. His voice was the one that had cajoled her and ordered her to wake up.
She didn’t know why he was here, or why she was here for that matter. All she knew was this huge, lethal man was one hundred percent focused on her. He almost always looked ready to tear something apart, rarely cracking a smile.
But now, the grin he wore would have brought her to her knees, if she hadn’t already been in a bed.
And why, exactly, was she in bed? She glanced around, taking in the pale green walls. This wasn’t her room. She didn’t have a painting of the black sand beach of Tarsa on her wall. “Where am I?” Her voice rasped over the words.
“Already ignoring that I told you not to talk.” But his eyes twinkled. “You’re in the medical wing. Gods, it’s good to see you in the realm of the living.” He pulled out his phone and dialed. “Ashina. Get in here. She’s awake.”
Ashina…Ria knew that name. The healer. “What do you mean, the realm of the living?”
“You decided to take a month off.” He spoke wryly, but that grin remained in place. “And you didn’t request permission.”

Top 10 reasons why Paranormal worlds are better than Earth…

Hi everyone, and thank you to Gothic Moms for having me as a guest today! I write adult paranormal romance and, not surprisingly, this is also my fave sub-genre to read. I LOVE getting lost in the characters and worlds that other authors create.

I have a secret – sometimes I get lost in my own paranormal realms as well. It’s hard not to, when I created them. Every two-headed animal and every environmental disaster sprang from my mind, as well as every hot alpha warrior.  I filled my realms with good demons and very bad ones, along with fairies, nymphs, elves, witches, and lots of magic. This is SO MUCH FUN!

Another secret – when I was writing my first novel, Wicked Wind, I needed to send my characters on a journey and briefly debated sending them to South America. Yep, that lasted about a day, and then I decided 1) I didn’t want to get bogged down in research (I’ve never been there) and 2) I didn’t want anyone calling me out on incorrect terrain and climate and 3) if I made up my own world, I would have zero limits! And so…the immortal realms of Torth and Evena came into existence.

Sometimes reading is a necessary escape, sometimes it’s a way to pass a lazy afternoon, but I’d happily jump into a paranormal world any day. Here are my Top 10 reasons why, with details courtesy of the Solsti Prophecy series:

10. Supernatural hotties that live for centuries and can fight off enemies in any possible way (swords, spells, firearms, jiu jitsu, you name it).

9. An endless parade of characters with unusual kick-ass powers.

8. No financial worries. These guys live so long, they have accumulated LOTS of “old money!”

7. Traveling by portal is always on time, unlike airlines… though you might get queasy. Best to travel with a hot warrior demon to hold onto.

6. The wood nymph colony of Rivkin. What? You haven’t heard of it? Best vacation spot ever. Gorgeous tree homes, good food, and the nymphs (male and female) can’t get enough sex. Nymphy entertainment is always on tap!

5. No housework (unless you want to cook – one of my characters is a breakfast expert). There are dust elves, laundry elves and dishwashing elves to take care of all the hum-drum stuff.

4. No need for nanny-cams or wishing you could be a fly on the wall at your kids’ school – you can observe through a scrying bowl. Works best if you can find a hot Deserati demon to work the spell for you.

3. Once a mate claims you, not only will you enjoy every second of it, but he will know exactly what you want and need. All the time, because….

2. The mate bond includes a mental connection that will clue him in when you’re mad about something. Not only will he show up with presents, but it will lead to much hotter make-up sex!

1. Problem? Any problem you might have? There’s a spell for that! 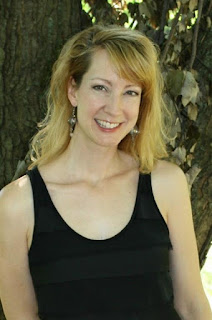 Sharon Kay writes award-winning fiction and can never get enough reading time. She loves paranormal romance, with romantic suspense following close on its heels.  She loves winter and black coffee, and is endlessly inspired to write kick-ass heroines and the men strong enough to capture their hearts.

Sharon lives in the Chicago area with her husband and son, and didn’t expect to write one book, let alone a series.  But WICKED WIND and the Solsti series formed in her head one weekend and refused to stay quiet until she put pen to paper.  Her characters tend to keep her up at night, as they banter, fall in love, and slay endless varieties of power-hungry demons.

Sign up for Sharon’s newsletter to keep up with her demons, see early cover reveals and be entered in periodic giveaways.