Review: Flight of the White Wolf 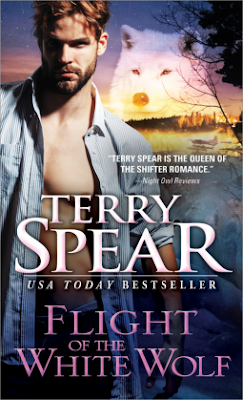 Stranded in the wilderness, these warring hearts will be forced to work together—or die together.
Gavin Summerfield—an arctic wolf shifter with a fear of flying—has to fly into the vast lakeland wilderness of northern Minnesota to track down his suspect—where his ability to shift will come in very handy. Imagine his chagrin when his pilot turns out to be the woman who tasered him last time they saw each other. Things are off to a rocky start...again.
Arctic wolf shifter Amelia White isn't entirely displeased to see Gavin again, but priorities shift when their plane is sabotaged and goes down in the middle of nowhere. As their attraction grows, Amelia hopes Gavin doesn't discover the secret she's been keeping...she knows he could never forgive her...
The White Wolf Series:
Dreaming of a White Wolf Christmas (Book 1)
Flight of the White Wolf (Book 2)

Flight of the White Wolf by Terry Spear
My rating: 5 of 5 stars


I loved this book I have always been a fan of wolf shifters but there was something even better about the Arctic Wolf Shifters in this book that made it even better. Gavin and Amelia were amazing together and I loved reading about them. It was amusing to read of a wolf shifter who was afraid of flying but it made for a better story. I would love to see where this series goes from here. 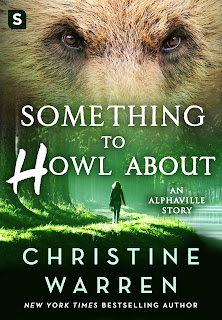 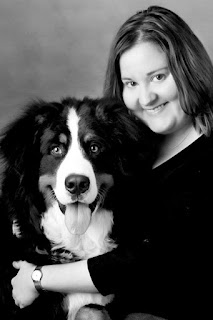 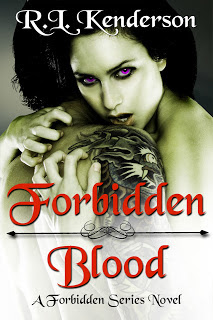 Next in line to lead the vampire species, Princess Naya Kensington has always abided by her royal responsibilities. At the urging of her best friend, Naya breaks the rules and crosses the line when she goes to a human nightclub. Following a chance encounter, Naya alters her life with a singular act forged from lust and blood.

Vaughn Llewelyn has secrets and obligations of his own, but he ignores them when he spots Naya across the nightclub. He wants her in a way he’s never felt before, and although he can’t possibly have more than one night with Naya, he knows no one else will do.


One night of forbidden love creates a bond that will forever change both of their lives…as well as their worlds. (Goodreads)

This was my first time reading R.L. Kenderson and I have to say that I am so glad a I took a chance on this book. This was an amazing book and I could not stop reading. Naya and Vaughn are the perfect couple, I loved the alpha maleness of Vaughn and the innocence of Naya. I loved how the relationship between the two developed it made for more interesting reading. The one thing I loved above all was the authors ability to switch from character to character without overwhelming the reader it was cool, and it made it harder to figure out which characters would be the focus for the next book I loved that usually I can figure it out but not this time. Overall I was extremely pleased with this story. 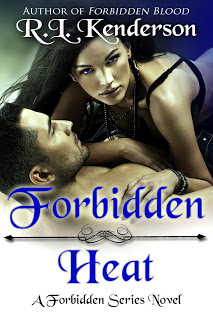 Payton Llewelyn, daughter to the cat-shifter alpha, wakes up with a throbbing head and a bullet wound to the hip. Recalling the events that led her there, the scent of a shifter permeates her senses—not that of a cat though, but of a wolf.

Damien Lowell, future pack leader of the wolf-shifters, has found himself in an impossible situation. Cat-shifters and wolf-shifters aren’t friends, and what she doesn’t know is that his father is behind her attack. He only meant to prevent her from being kidnapped, and he now has the wounded princess of the cat-shifters in his custody.

But when the heat becomes too much to handle, Damien and Payton must choose whether to follow their instincts or question the forbidden. (Goodreads)

Another slam dunk for R.L. Kenderson, This was an unexpected book there were so many characters mentioned in book 1 that Damien and Payton were one of three options and I should've guessed they would be next. Damien was an unlikely alpha hero I knew he was an alpha but I didn't think he was that dominant but I was so happy to see he was. I loved Payton from book 1 so when I got to really get to know her in this book I was surprised to see that she became my favorite female character. Payton and Damien's relationship was rocky at the start and partially in the middle but they ended on a good note. Once again the authors made it impossible to figure out who would be getting the next book Love it. 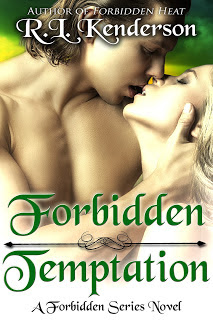 Since one fateful evening at a nightclub, Kenzie Swanson and Sawyer Lennar have shared an undeniable attraction. They’ve had moments where they couldn’t ignore their desires, succumbing to their needs, and Sawyer has marked Kenzie in a way that no other man can.
But there is one problem that continues to keep them apart.
As a cat-shifter with a traumatic past, Sawyer hates humans—and Kenzie is all human.
Sawyer’s hatred pushes Kenzie away, and they try to maintain their distance from each other—until they are mistakenly kidnapped and have to act as a couple. When the unforeseen happens, Kenzie can only do so much to deny herself from being intimate with Sawyer.
Given a chance at what might have been, Sawyer and Kenzie are forced to face the forbidden temptation to be with one another. (Goodreads)

WOW! Kenzie and Sawyer were definitely explosive from beginning to end. I knew that their book would be good, I could tell from previous books. Kenzie and Sawyer were definitely opposites attracting, I loved the complexity of Sawyer the fact that he hated humans but yet was attracted to one and didn't want to want her. It was amusing to see him struggle and fail. Kenzie definitely had more depth than I originally thought and I was glad for that. I loved this book it was a definitely an awesome read. 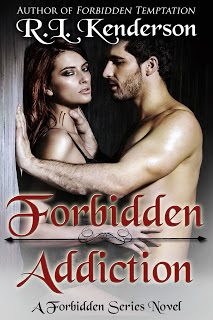 With a tortured past, she’s a cat-shifter who refuses to get close to anyone. Yet she can’t seem to resist the leader of the vampire protectors.
Phoenix Kaplan has never felt a connection like the one she has with Dante Leonidas. She might service him monthly, allowing him to feed from her blood, but as much as her body tells her differently, she knows it can be nothing more, not with her insecurities and inability to be intimate with a male.
That is, until she realizes the one thing she desires most in the world is something he can give her…and she propositions him to impregnate her.
She’s never wanted anything more than to be a mother, and all she needs is this one thing from Dante.
Although he should refuse, Dante can’t resist the temptation. He’s addicted not only to her blood, but also to the enigma that is purely Phoenix. And he is determined to prove to her that he can give her much more than what she asked for.
She might protect her heart with an impenetrable wall, but he’s willing to do whatever it takes to break down that wall in order to get what he desires most in the world. (Goodreads)

My favorite book in this series so far, I was waiting for Phoenix's book I knew that it would be good, and I was not disappointed. This story was truly amazing I loved every page, and I hated when it was over because I wanted to keep reading about Phoenix and Dante. Dante was the perfect alpha male for Phoenix, I loved how he forced her out her comfort zone, but at the same time respected that she wasn't always ready. This was a great book and definitely on my all-time favorites list.
No comments:
Email ThisBlogThis!Share to TwitterShare to FacebookShare to Pinterest
Older Posts Home
Subscribe to: Posts (Atom)