GothicKids Movie of the Month: May, 2015 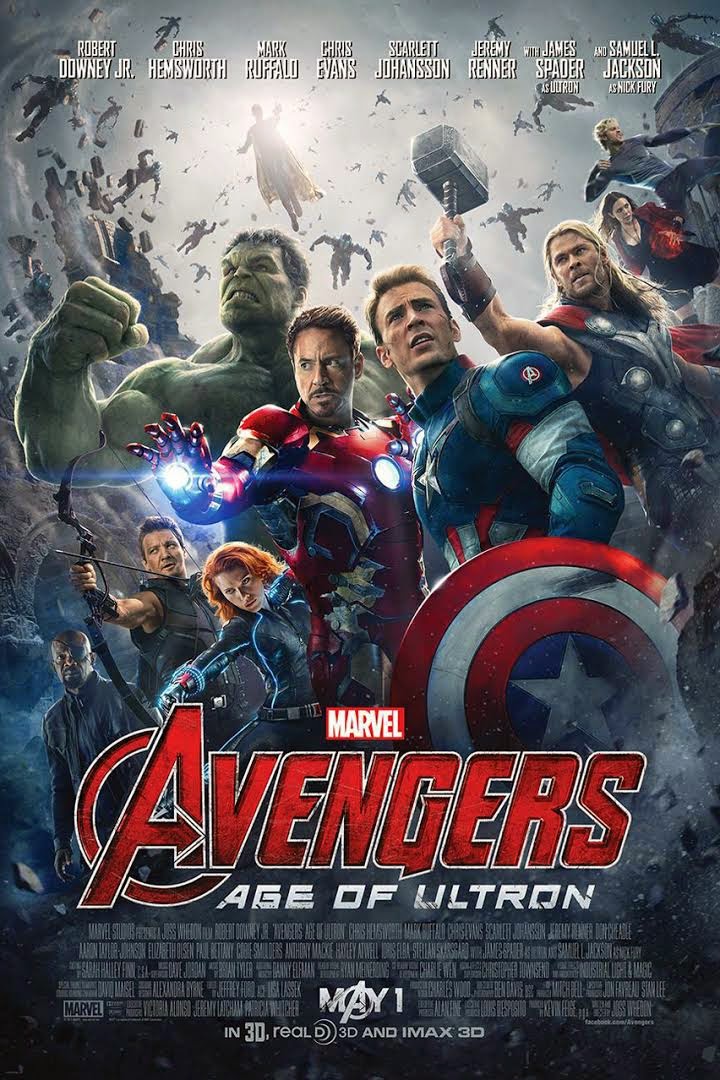 When Tony Stark (Robert Downey Jr.) jumpstarts a dormant peacekeeping program, things go terribly awry, forcing him, Thor (Chris Hemsworth), the Incredible Hulk (Mark Ruffalo) and the rest of the Avengers to reassemble. As the fate of Earth hangs in the balance, the team is put to the ultimate test as they battle Ultron (James Spader), a technological terror hell-bent on human extinction. Along the way, they encounter two mysterious and powerful newcomers, Pietro and Wanda Maximoff. (IMBD)

There are many mixed feelings floating around in regards to this one, but I loved it. Most importantly so did the kids. It was most certainly not utter perfection, and some things could have, and should have, gone into a different direction than what took place. And ironic as this may sound, there was more chemistry between Hulk and Blackwidow than with their counterparts, Banner and Natasha.

All in all, it was still a feat of wicked awesomeness! Jammed packed full of action, humor, man candy and sexual innuendos that most kids will never even really catch on to, or even pay attention to.

Not going to do a lengthy review on this one, in fear of giving too much away. So, just go see it!

I recently received an email that completely shocked me.  An email in which was stated that Frostbite was NOT inevitable, as I foolishly assumed it was. After having suffered the complete cluster of the Sparkly vampires, which turned three books into four movies, my initial reaction was WTF?!  My second reaction was, I am probably not the only one who assumed such.

Vampire Academy was a fangtastic series to read, and an excellent picture brought to the screen.  The actors picked to play the characters were dead on, and the script was true to the book. Most importantly, it is definitely a movie that can be enjoyed by both Mom and the kids, even the teens. While the movie may not be inevitable, yet, there is still hope for it to come to the screen, with help from fans.

Below is the email which was sent to me, as well as a link with details on how to be a part of bringing Frostbite to the screen.

"A group of people have been working with producers, studios, backers etc for the last several months to procure enough funding and good will to make the Vampire Academy: Frostbite sequel that the fans wanted.

Now they say they have a script that is true to the book and virtually all the necessary funding procured. The only thing they still need to get a green light on the project is a large show of fan support to convince the backers that there is an audience for this movie. So, they have created a crowd funding campaign and if fans can raise 1.5 Million by midnight September 5th - they shoot Frostbite early 2015.

They've already passed $100,000 but there's a ways to go. So if you are a fan who wants to see this movie get made, head over to https://www.indiegogo.com/projects/frostbite-a-vampire-academy-film where you can read and watch more details about what they are trying to do and donate as you see fit.

IF YOU REALLY REALLY WANT THIS MOVIE: INVITE ALL YOUR FRIENDS TO THIS EVENT OR TELL THEM PERSONALLY ABOUT THE CAMPAIGN."
No comments:
Email ThisBlogThis!Share to TwitterShare to FacebookShare to Pinterest
Older Posts Home
Subscribe to: Posts (Atom)