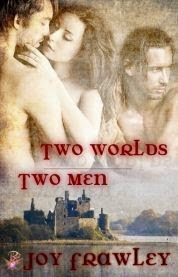 
Jocelyn and Neely are having a perfectly pleasant dinner at the Sheep Heid Inn when it happens: Jocelyn suddenly finds herself sitting across the table, not from Neely, but a strange man dressed in medieval garb. This man is no apparition. His eyes, the deepest brown, clearly look on her in intimacy; his touch causes her pulse to rise.  Jocelyn realizes two things: from his clothes, he is clearly an aristocrat, and that she, Jocelyn Stewart, seems to be in some sort of romantic relationship with him! Minutes later Jocelyn returns to Neely, in the present day, weak and terrified. Together they begin to unravel the forgotten past and find themselves facing the reality of medieval Scotland. A strange world steeped in folklore and superstition; where life begins and often ends with the sword.

As Jocelyn travels back to medieval times she learns that the man she keeps seeing is no other than Sir Colin Campbell of the powerful Campbell Clan. When Jocelyn is with Colin, she wants never to leave his side; then she returns to the present and cannot imagine herself with anyone but Neely. Jocelyn struggles with a choice.

Jocelyn looked around for the driver who was supposed to be waiting for her arrival with a sign. She had hired someone to pick her up because, as an American and first-time visitor to Scotland, she had figured it would be less stressful.

She didn’t see the driver anywhere; then, just as she started feeling nervous, she saw a man holding a sign with her name on it. And what a man he was! He was broad shouldered, strong and had dark brown hair with reddish tints. He exuded masculinity like some cologne, and even across the airport, she thought she could smell it. Smoothing her unruly hair, she started to walk over to him.

The man, seeing her approach him, took a step toward her. “Are you, Jocelyn?”

When he spoke her name, she found herself frozen in place unable to respond. She’d heard this voice before; she knew this voice. This man spoke her name exactly like the dream she had had all those years ago! She had been stirred awake in bed by a voice of a man, who spoke her name with a Scottish accent. His voice was gentle and low; as if he wanted to gain her attention, but not cause her alarm. Jocelyn had clutched the sheets to her chest and stared out into the darkness of her bedroom almost feeling his intimate presence beside her. She lifted her hand up to her ear having sworn his warm breath had brushed her skin. Jocelyn remembered she had turned her head, anxiously, toward the pillow next to her and almost thought she would be looking into the eyes of a stranger; yet she had not been frightened. This man, his voice, somehow comforted her.

Now, she stood in the airport and caught her breath as she faced the man before her. Her eyes searched his face for something; though what it was she wasn’t sure. Jocelyn felt her heart beating so fast she was certain the man could hear it as memories flooded her mind of that night so long ago when he or someone spoke her name in the darkness. Was that the reason for her vacation to Scotland? Was she unconsciously trying to find the man?

“Have you always been a fan of Paranormal?”
By Joy Frawley

As a kid I remember being inspired by Paranormal stories, such as C. S. Lewis’s The Lion, the Witch and the Wardrobe. I was totally smitten with the idea of walking into a wardrobe that led to another world filled with strange creatures and adventure. What child wouldn’t want a talking lion as a friend and protector? However, I had no idea that one day I would write my own Paranormal adventure with Two Worlds Two Men.

For me, the attraction with Paranormal stories is that we can be transported into a completely different realm. There are no limits or boundaries to imagination. When we read a standard modern day story we can somewhat predict what kind of lifestyle the characters live such as housing, foods, and the workplace. We often have those same habits or features in our own lives. When reading Paranormal the reader breaks free of probabilities or the ability to necessarily know what is going to happen next. In Two Worlds Two Men the reader goes back and forth between modern day Edinburgh and medieval Scotland. Most of us, myself included, do not have firsthand experience in the lifestyle of a woman in the medieval Highlands so that aspect alone leaves the reader somewhat uncertain what features he/she will read next. I find that exciting. Paranormal is fun on both sides, both as a reader and a writer, because our imagination is one of the most unique aspects of humanity. Having an outlet like Paranormal books gives us all an opportunity to stretch that imagination to whatever limits we allow ourselves. What do you feel like today? A bit of futuristic space travel or maybe a trip back to King Arthur’s court? Whatever your poison may be you can rest assured you will find that passion quenched in a Paranormal book. 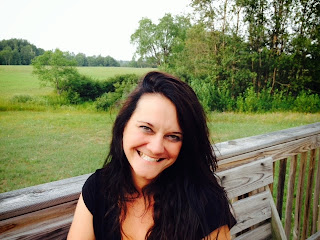 Joy Frawley is an author and writer of the upcoming romance novella; Two Worlds, Two Men due to release on October 2014 by Resplendence Publishing. Joy lives in beautiful Traverse City, Michigan relishing in living the life of the classic “townie” with her two dogs Piggs and Diggs.