Author of the Of War Series 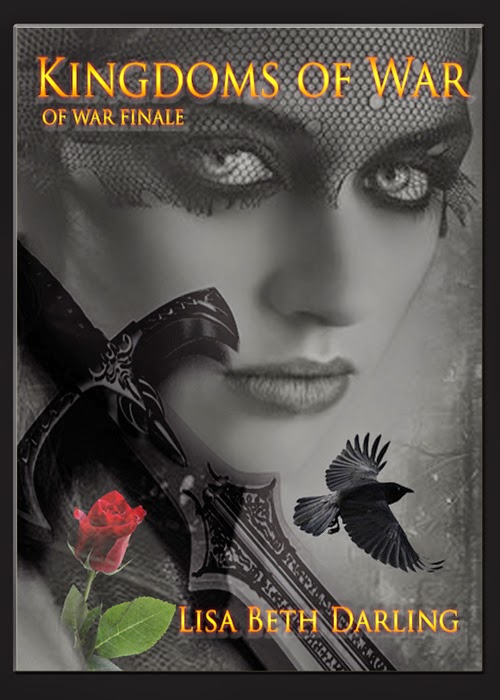 It often surprises people when I tell them that Ares and Aphrodite aren't just characters in my books they are my Heavenly Mother and Father. Quite literally, for you astrologists out there, I am a Libra with Ares Rising so one could call it fate that they are my Patrons and Characters in My Head.  Yes, you could call it that, all I really know is that I feel as close to them as I do to any living creature—probably even a bit more so.  That can present some very interesting challenges when writing about them as characters. Especially the way I do it. Yes, sometimes I do worry about getting a lightning bolt or fireball in an unpleasant place but, all in all, we just consider it good fun.

Let me explain a bit further so you can understand what would make a little Scots/English/Irish girl like yours truly write about the ancient Greek Gods. Why she would adopt such odd and old pagan ways.
I grew up Roman Catholic and Baptist. (Yes, you read that right.) Up until my senior year of school I was only vague aware that there were any other Gods outside the Holy Trinity. I'd heard of ancient Egyptian 'gods' and old Norse 'gods' they were always treated in an off-handed manner. No respect.  So I never gave them much thought. It was in the 12th grade that my English teacher, Mr. DePeter, totally blew my mind when he gave us the Greek plays and tragedies as assigned reading.

I truly felt as though I'd 'come home' in a spiritual manner. It was as though some big piece of me that I didn't even know was missing was suddenly filled in for me. My life began to 'click' and to make sense to me. I found the ancient Greek Gods completely fascinating and intriguing. I couldn't get enough.  I read all I could and in the course of that rediscovered other pantheons in books that respected them and didn't treat them as sort of Second Class Citizens.

Yes the Celtic one did call to me and I do write about it often. I use a lot of the old Celtic ways on my spiritual path it is a rich and very eclectic.  It's my path and it makes me happy it makes me strong, confident, and peaceful. I write about them to honor them, to keep them 'alive' in some small way, to keep the connection between us vibrant so that my soul stays fulfilled. 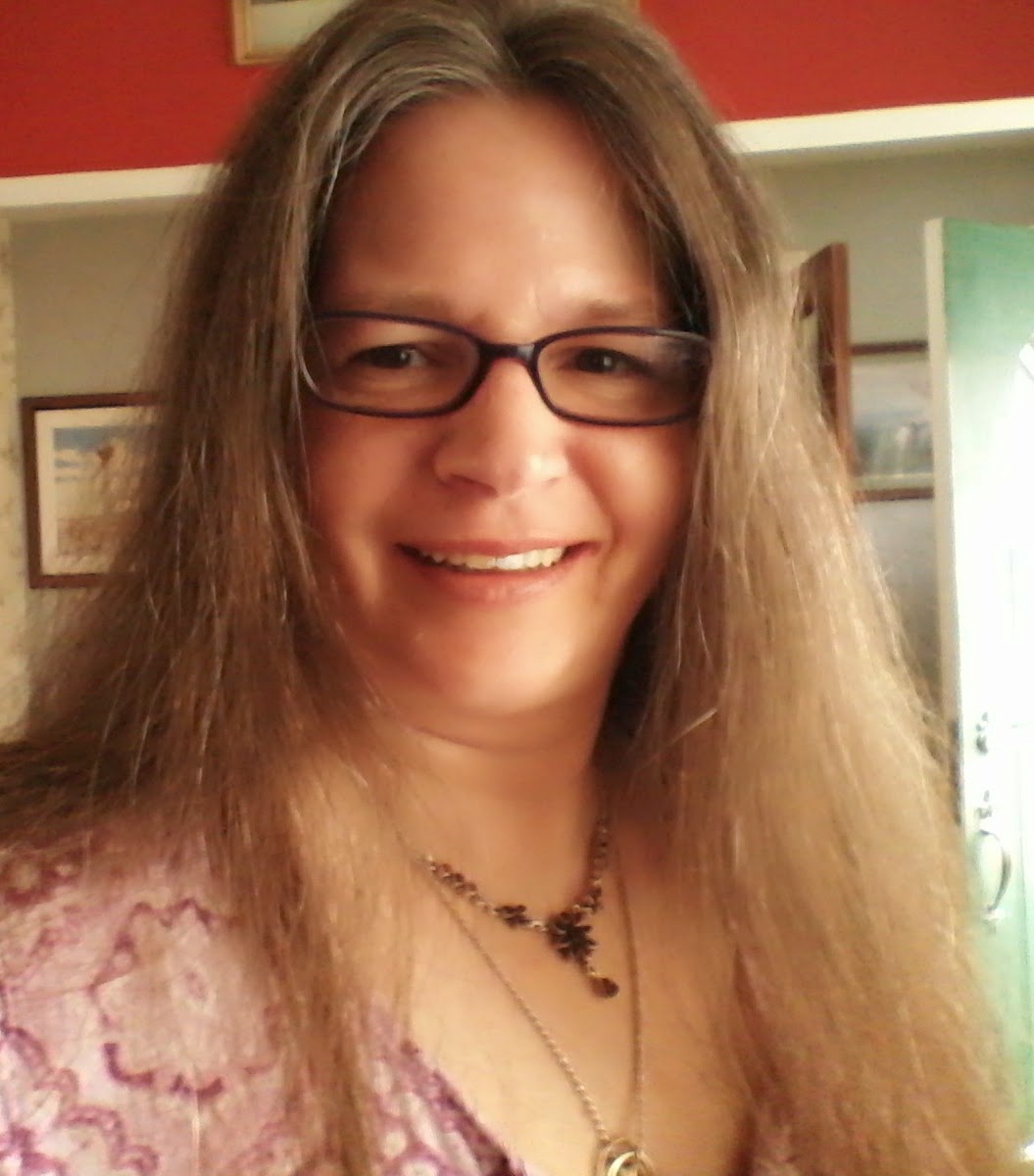 Lisa lives in her hometown of New London, CT with her husband of 28 years, Roy. Together the two have raised two adult daughters and, as of this writing, are anxiously awaiting the arrival of their first grandchild. 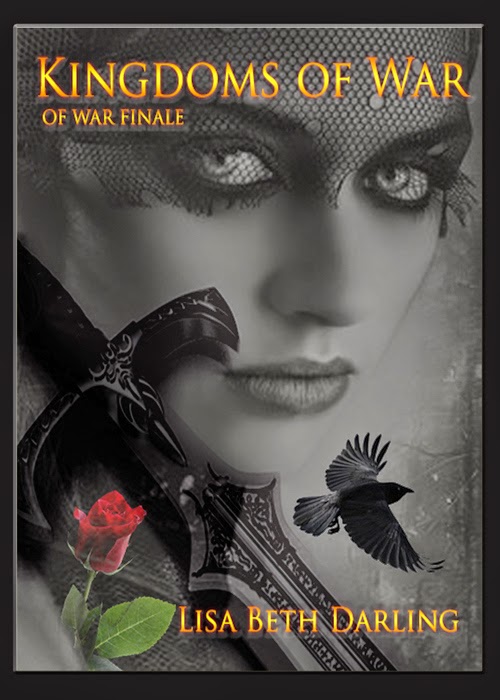 With nearly four billion souls lost to the ravages of anarchy and the dreaded disease Major Falls, Ares and Raven journey the Mortal World vainly reaching for a sliver of what was only to discover what will be. Unleashed by Apollo, Major Falls—a weaponized version of the flu and rabies-- has wiped out every person of watery Mortal Blood.

From the fiery wreckage a new world is slowly arising one where the descendants of Olympians, Celts, Dark Fae, and all manner of Magickal Being will rule. For the last millennium the Dark Kingdom has sent small legions of its Daughters in search of its Lost Queen. Among their number is Lenora, a sharp tongued Dark Fae who joins up with ARES hoping to get close to its leader, Raven. And she does.

The Wolf inside the God of War contracts Major Falls. As Ares and Athena wander the world hoping to curtail further damage by obliterating weapons of mass destruction he slowly succumbs to the sickness taking over his fevered rabid mind. Ares may not live to see the glory of Olympus restored nor fight to keep his Wife. If he does, how high will be the price for Ares' life? How long will Alena have to keep paying Apollo?

Excerpt (For Adult Eyes Only)-

Ares' hips moved upward in a meaningful stroke, he pierced through her body penetrating deep into her snug walls slick with waiting, making her flinch, making her cringe and shudder. She shrank away from him a moment. The hand cupping her bottom went to her jaw to hold it firmly, "You fear me?  Your Lover?"

There was no flinching or hesitation, "Never."

As she slumped against him, sliding further down on him, Ares dark eyes rolled back in his head until only the whites showed below his fluttering lids. For a second his knees threatened to give out he began sinking to floor.  Letting go of her wrists pinned above her head he expected her arms to fall limp at her sides but they didn't they wrapped around him filling him with a new strength as they raked across his back and called to his wild nature.  Feeling the fire explode to a full grown inferno, Ares stood up again planting his hand on her ass, the palm encircling her jaw eased over her chin, caressed her neck, just before it clamped around her throat as his lips closed down over hers, he felt it work hard as his tongue invaded her mouth, cutting off her air.  The legs around his waist squeezed, the wet walls suckling his cock swelled, and instead of fighting for precious air she kept her legs locked tight, using her thighs to pump up and down on him, to grind against him and welcome him home.

For what seemed forever, lost in the velvet embrace of pleasure, Ares forgot himself.  It was easy given her enthusiastic reception.  He bent deeply at the knees, surging upward time and again with a quickening pace that she did not deny but encouraged with rocking grinding hips and her talented tongue.  With the intoxicating scents of musk, honeysuckle, and the deep green of the forest filling the air, he reached down to plant his forearm under her for her ass to rest upon.  He found the soft flesh slick with the oil of their lovemaking, so he gripped the cold rock for better purchase.

Liking her new perch, Alena kept going, she kept grinding and writhing, taking all of him inside as she moaned with the bliss of passion.  The sweet sound echoing in his head making it even lighter, until he thought he'd float away with rest of the world and all of its cares.