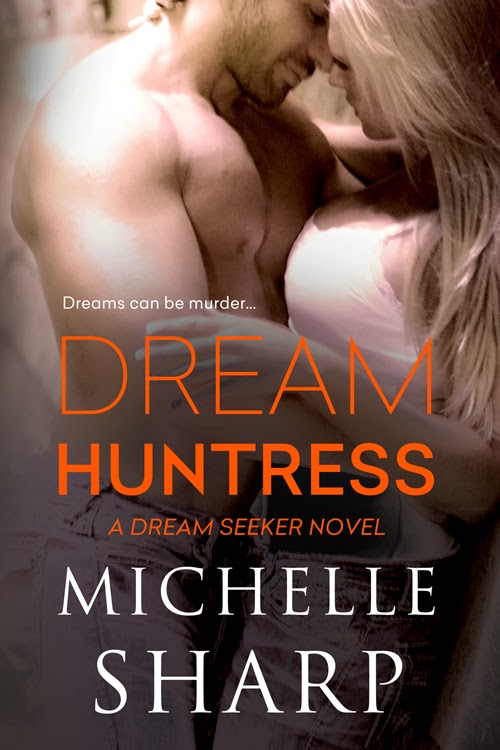 "More of a Romantic Suspense with a Paranormal aspect, but still a beautiful love story."


Detective Jordan Delany has a gift. Through her dreams, she connects with dead victims of violent crimes. Her isolated life as a drug cop is perfect for hiding the freakish visions, until her newest investigation has her posing as a cocktail waitress in a down-and-dirty strip club. When she’s saved from a drunken customer by a handsome stranger, the heated chemistry is exactly why she intends to keep Mr. Arrogant at bay. But learning he’s the new bouncer for the corrupt club she intends to bust just might be the one reason why she can’t.

Tyler McGee suspects a drug ring operating out of the local club is flooding the streets of his hometown with heroin. Determined to get answers, he plays the part of a fallen cop and lands the job of head bouncer. What he discovers is that the club owner isn’t the only deadly obstacle he’s facing. His attraction to an intriguing cocktail waitress with a penchant for danger just might kill him first.

To say this is a Paranormal is a bit of stretch for my tastes, and probably to true Paranormal lovers, especially ones following this site.  While the main character does see ghosts in her dreams, either showing how they came their untimely death, or preventing the death of those they love, there wasn't enough emphasis on that fact until towards the end.  So much more could have been done with that aspect.  And for someone whom she was close to not to believe her when she was a young child and had a prophetic dream that could have prevented the death of those they both loved dearly, even though they too experienced those same type of dreams so they knew beyond a doubt they were real, was more than a bit of a far stretch.  If anything, it should have made that person even more-so open-minded to the words of a child, that most would take for nothing more than an imagination gone wild.  The ending is the best part of this book, and the events leading up to it.  The beginning and middle are written well, just not well enough to keep readers glued to the page.

The synopsis above pretty much gives readers the gyst of it.  Growing up in such isolation due to the violent tragedy that strikes her family, and everyone thinking she is crazy when she tells them of her dreams, leads Jordan Delaney to become a cop using those dreams without telling anyone of them.  With her gift, she is able to help solve plenty of murders that would probably otherwise have gone unsolved.  When two fellow detectives are slain while working deep undercover, she is bound and determined to bring the drug cartel responsible down to their knees.  Which leads her to meeting Tyler Mcgee, someone else with a personal vendetta against the Drug Lord.  Only when they meet, she has no idea that the ex-cop is indeed on the up and up.  When he continuously tries to per-sway her to quit her "job" as a waitress, she thinks it is because he is in on the drug business as well.

The two make the perfect pair as they each are kind of hiding the exact same thing from one another.  And when Tyler makes her for what she really is, it is truly the highlight of the book that will probably put a stitch in readers sides from laughing so hard.

This is not a book for PNR lovers, there isn't a whole lot of action, no gore and definitely no chills up your spine.  For readers who like to just test the waters of the supernatural, this may be a perfect fit.  The love story here is truly a beautiful one with two people who truly deserve one another.  As long as readers go in knowing what to expect, they will see it as the decent read it is.