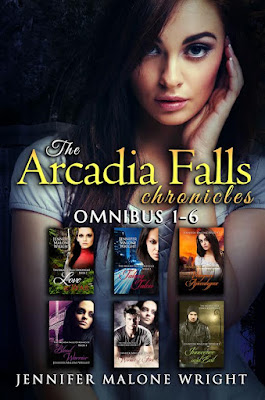 A war is brewing between the hunters and the vampires and Chloe is determined to strike against the vampires before they have a chance to attack. Unfortunately, her plan goes all wrong and results in a massive takeover by the undead. This group of unlikely heroes have the power of elements, magic and strength on their side. They have even recruited one of the original vampires to help aid in their mission. But will it be enough? Will society ever go back to normal now that the world knows that vampires truly exist? The Arcadia Falls Chronicles is the continuation of The Vampire Hunter’s Daughter. Following the format of The Vampire Hunter’s Daughter, The Arcadia Falls Chronicles is serialized into several novella-length stories. 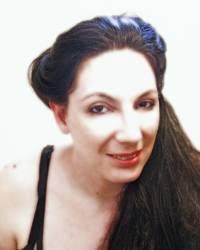 Jennifer Malone Wright is best known for her short story series, The Vampire Hunter's Daughter. Other works include the follow up to The Vampire Hunter's Daughter series called The Arcadia Falls Chronicles, The Graveyard Guardians series, and her vampire novel called Savior. Jennifer also co-authors a series called Once Upon A Zombie Apocalypse as well the Beary Tales series. She resides in the beautiful mountains of northern Idaho with her husband and five children where she practices preparing for the zombie apocalypse. Just kidding! But seriously, between the craziness of taking care of her children, Jennifer has little time left for herself. The time she does have left, usually leading far into the night, is spent working on her beloved fiction or chatting with her equally crazy friends. Jennifer also loves coffee, has a passionate affair with red bull, wishes the sushi were better where she lives and dances while she cleans.