What if Santa was really a vampire who came to take his fill of unsuspecting people's blood one night out of every 365 days to sustain him throughout the entire year, and the presents were just a way of saying thank you? And his reason for wearing red was just in case he spilled a drop or two and didn't want to alert any sleepy-headed children who may awaken as he does his nefarious deeds? Yes, I have a very sick and twisted mind, but so do others. This post is filled with  reads I found that have Vampires within their pages, and this list is but a tip of the very large iceberg. Some I have read, others I have not. The ones I have, and recommend, I will add a sidenote/link to the review if one is available. More than just good lil girls and boys deserve a Merry Christmas. Muahahahaha!! 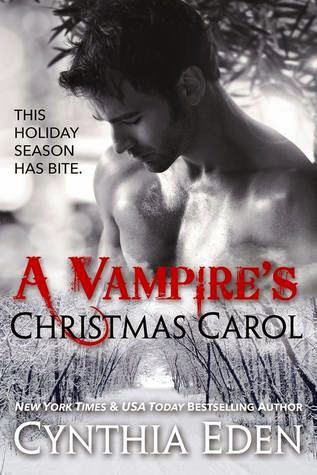 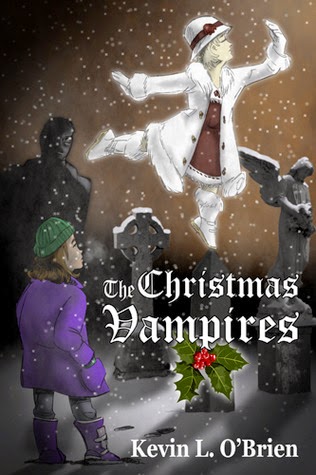 Connie, the eight-year-old daughter of Eile and Sunny of Team Girl, is fed up. Her parents pay more attention to her sister Liza than they do her. She concludes they don't love her anymore and she decides to run away. She wants to become special, to teach them all a lesson, so she goes to Giovanna Borgia, a vampire and one of Team Girl's best friends, and asks her to make her a vampire.

Giovanna invites her to attend a vampire Christmas party in a nearby cemetery, and there she meets Angela, a child vampire her same age. They strike up an unlikely friendship, and Connie learns what it means to be a vampire, the bad as well as the good.

However, a group of vampire hunters decides to crash the party, and they have targeted Connie and Angela for extermination. (Goodreads) 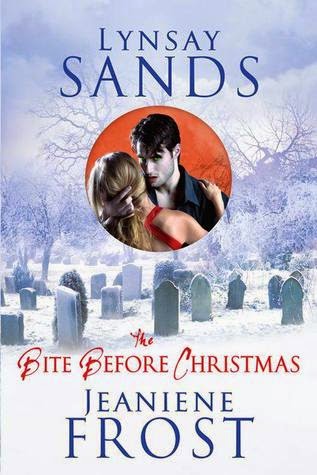 In Lynsay Sands' "The Gift," Katricia Argeneau knows grey-eyed cop Teddy Brunswick is her life mate. She just needs to convince him they belong together, and being snowbound in a secluded cabin will make this a Christmas neither will forget.

It's "Home for the Holidays" in Jeaniene Frost's Night Huntress series. Cat and Bones may long to wrap presents and set up a tree, but this Christmas, an evil vampire and long-buried family secrets will threaten to take a bite out of their holiday cheer.
(Goodreads) 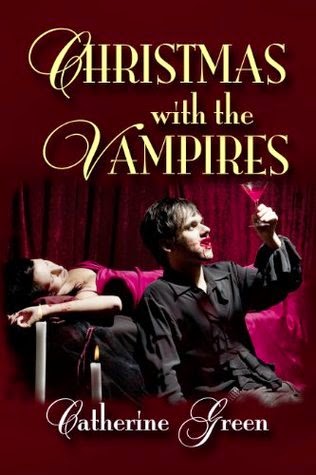 With his blonde hair, ice blue eyes, and sculpted physique, Marcus Scott immediately turns the heads of everyone he encounters upon his arrival in London at Christmas time. Unbeknownst to all the women and men who fall under his spell with just once glance, Marcus is a vampire with a desperate need to feed from the young and the beautiful. When he unexpectedly encounters the Lady Amelia Richmond, the vampire instrumental in his own transition, the two begin to plan a holiday feast to satisfy their deep hunger.

You can find Catherine on Facebook at https://www.facebook.com/CatherineGreenAuthor
Her blog is http://www.catherinegreenauthor.blogspot.co.uk/
And her Twitter page is: https://twitter.com/SpookyMrsGreen (Goodreads) 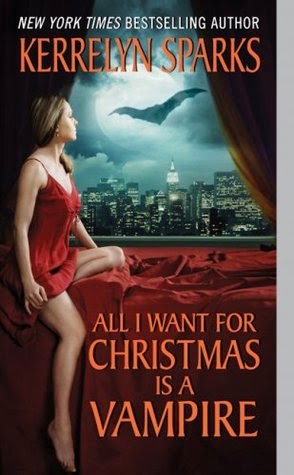 1. Springing my best friend from the psych ward.
2. Living somewhere that doesn't have coffins in the basement. Occupied coffins.
3. Finding Mr. Right. Please make him tall, dark, handsome, and alive.

This Christmas isn't so merry for Toni. Her best friend's been locked up in a mental hospital ever since she told the police she was attacked by vampires, and the only way for Toni to get her out is to prove that bloodsuckers really do exist. So she's taken a job as a bodyguard for the Undead, but she gets more than she bargained for, especially when she meets Ian MacPhie, a Scottish rascal looking for Ms. Right.

Although Ian's nearly five centuries old, he looks and acts like a twenty-seven-year-old hunk.

How can a dead man be so damn sexy? Could Mr. Wrong be Mr. Right? One forbidden kiss could lead to an eternity of passion—and all it takes is one moment under the mistletoe . . . (Goodreads)

***Hilariously good read, with a some blood to fill ur vampy needs.*** 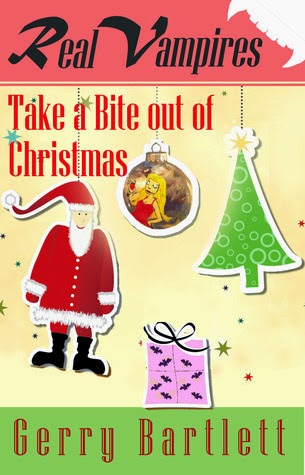 It’s the holiday season and vampire Glory St. Clair finally sets a wedding date. But will a hit ordered on a dear friend ruin Glory’s chance for an eternity of wedded bliss? Find out in Real Vampires Take a Bite out of Christmas, a novella featuring the gang from the best-selling Real Vampires series by Gerry Bartlett. (Goodreads) 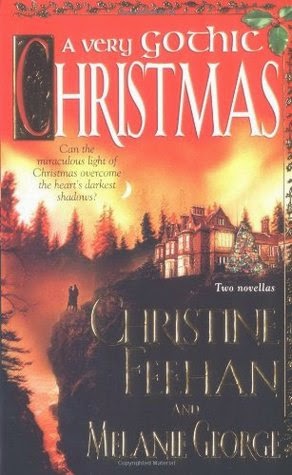 AFTER THE MUSIC by CHRISTINE FEEHAN
Terrified by mysterious threats, Jessica Fitzpatrick spirits away her twin wards, Tara and Trevor, to the remote island mansion of their estranged father, world-famous musician Dillon Wentworth. Ever since the fire that claimed his troubled wife's life and left him horribly disfigured, Dillon has shut out the world. With Christmas approaching, the spark between him and Jessica might light the future, but there are those who shared Dillon's wife's love of the occult . . . and their evil machinations may plunge the family into darkness -- unless a Christmas miracle occurs. . . .

LADY OF THE LOCKET by MELANIE GEORGE
The echoes of history and romance lure Rachel Hudson to Glengarren, the Scottish castle where her parents met many Christmases ago. But it is the portrait of fierce Highlander Duncan MacGregor that sparks an inexplicable yearning inside her. On a storm-tossed night, as lightning cracks across the castle's turrets, Rachel finds herself face-to-face with MacGregor himself, astride a mighty stallion. Now, stepping into Rachel's time -- and her heart -- the warrior from the past is pursued by an ancient, evil enemy. . . .  (Goodreads) 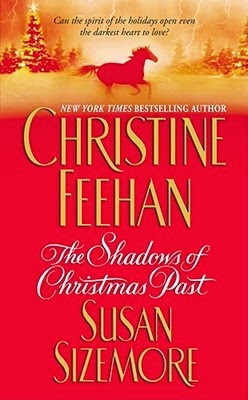 When Cole Steele, a womanizer rumored to have killed his father, meets Maia Armstrong, a veterinarian rumored to practice magic, the sparks that fly could melt all the snow on his Wyoming ranch. And when an injured horse brings them together, Cole can't help but believe that Maia casts spells on animals and men. What else could explain the burning passion he feels for her and the thawing of his heart around the holidays?

SUSAN SIZEMORE — "A Touch of Harry"

When the injured wolf Dr. Marjorie Piper takes back to her kennel turns into a man, Marj is stunned, and keeps his subsequent escape a secret. The only thing more difficult to hide is the burning desire she feels for Harrison Blethyin, a stranger in town who brings out her animal instincts. But when Marj and Harry join forces to find a pack of runaway teens before Christmas, truths are revealed that will bind their souls together forever. (Goodreads)


"The worst part of torture may not be the brutal pain one is forced to endure, but the memories, guilt and fear that are left behind."

Jase Kayrs was the fun brother. The warm, charming, easy-going brother of the vampire leaders. Until he was taken and tortured by demons with their evil mind tricks for nearly five years. Upon his return, he’s dark, violent, and not the man they all thought they knew. Not the man he once was. He’s haunted that the only reason the demons would have let him live was to use him as a weapon against his family—but he can’t figure out when or how he’ll explode. Plus, once again the demons are after Jase with a vengeance…or rather, a female demon he rejected is out to destroy him.

Then the king asks Jase for a favor…a big one. To mate with one of their allies in order to save her. She’s everything that’s good and light in the world…while he’s at home with darkness. Yet he agrees…knowing mating may be the only chance to save them both.  (Goodreads)


Jase Kayrs, the youngest of the infamous Karys' brothers, was always the fun brother with an undeniable sense of humor.  Able to find a joke within any given situation, to make even the King crack a smile.  Which is what made it so devastating when he was kidnapped by the demons and lost to his family for five years.  And when they finally did find him; buried in a shallow grave, left for dead and practically decapitated, his head hanging on by a mere tendon, it was his spirit that had been killed.  Gone was the fun-loving Jase, all that was left was a pure Vampire hell-bent on revenge.

Brenna Dunne, the eighth sister, youngest sister of Moira, the seventh sister of a seventh sister, her birth in itself was an anomaly.  An eighth sister was unheard of in a Witch family, yet there she was, different from everyone in her family.  Some saw her as a curse, others, her family mostly, as a blessing.  Seeing as how she never should have been, everything about her has been unpredictable.  And on her birthday on the Winter Solstice, when another comet veers toward the earth, as it did on the day of her birth, she will possess insurmountable power, and just blow a whole city up.  That is if she lives to see that day.

The most powerful Witch family and the most powerful Vampire family in the Realm decide to form an alliance.  What better way to do that than to arrange a mating between these two, hoping that in the process they can both save the others life.  What they hadn't planned on was the possibility that fate had already arranged their mating long ago.  The only question that truly remains is which emotion is stronger; love or vengeance?

Non-stop action from the beginning til the very end.  With a war going on between the Demons and the Vampires as well as with the Kurjans, how could it not?!  Readers will once again be sucked into Zanettis' Realm, feeling every emotion right along with the characters', and find their faces practically glued to each page.  There is just enough violence, passion, humor and bloodshed to make any vampire lover happy.  This entire series' still remains as a definite must read.  And keep on the lookout for Tamed, which is due out May 4th.


Please keep in mind this season, even if you don't have anyone to buy you anything, you can ALWAYS treat yourself, I do...... 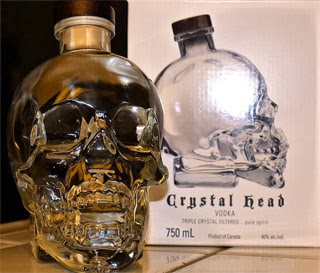 Remember, drinking alone is okay.  But, if you feel uncomfortable doing so, here's a lovely skull to drink with.  I haven't tried it yet, but I plan to.  To find a store near you click here.  To order online click here.