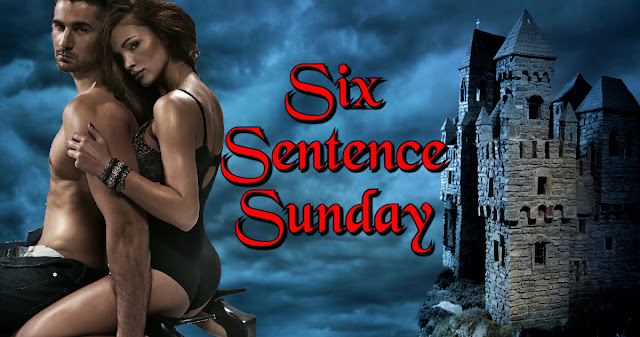 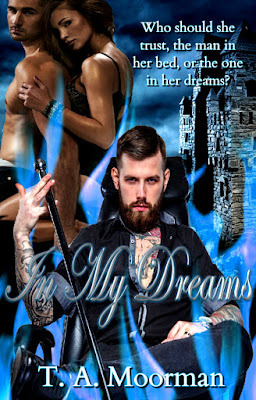 Here are six sentences from my current #WIP In My Dreams...

As Ricardo gave me another stroke so deep inside of me I felt his sac rubbing against my entrance I screamed out with one last climax as he jettisoned inside, the warm trickling feel of it making me come that much harder. But when I closed my eyes, I was looking into the metallic silver irises that haunted my dreams, and they looked angry as hell. I could almost hear a faint, foreign, yet familiar voice in the back of my mind saying, I will find you.
When I opened my eyes, Ricardo was staring straight into mine, but it felt like he was seeing right through me to somewhere else, especially when he said, “She’s mine.”
Before I could ask him anything or think any further, he claimed my lips in a crushing, almost punishing kiss. Then I felt a tiny pinprick on the side of my hip and promptly blacked out. 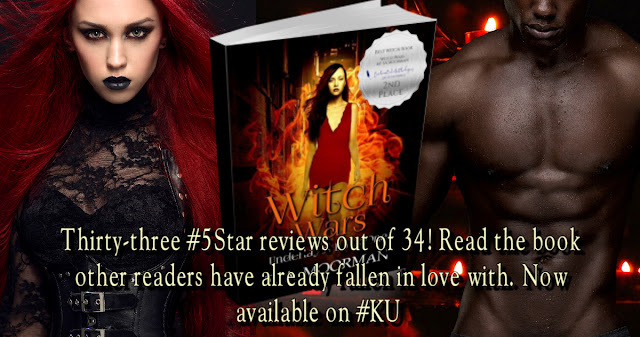 Thirty-three #5Star reviews out of 34! Read the book other readers have already fallen in love with. Now available on #KU

That last statement he mumbled so quietly I almost missed it. Not that it mattered—everything else he was telling me was almost too much to take in all at once.

“No, I don’t wanna hear any more. Just stop. If what you’re saying right now is true, then that means…” What had I done?

“That you killed—no, brutally murdered an innocent? Yes, it means exactly that. No worries. I think it just makes you so much sexier. Rawr. You sexy little minx, you. Seeing you in action like that gave me quite the boner. I had to quickly wax on whack off—good thing no one could see me.”

“I’m glad to see you’re so happy right now. What I’m not understanding is just what you get out of all of this? Besides getting your rocks off.”

“Don’t you get it? I am now a free demon. The one who summoned me died before he ever had a chance to send me back, never had a chance to banish me from this realm. Granted, I’ll have to stay in this body, but it does look soooo much better on me. Its original owner never did wear it to its full potential, now did he?”

There went that damn laugh again. To say I was sick of hearing it would be a truly drastic understatement.
It was all too much to take in. Not only had I lost days of my life to lust, but I had just killed an innocent witch. Granted, the idiot had had no business summoning a demon, especially when he’d apparently had no idea what he was doing. A demon is so much worse than a djinn. Much worse. The level of magic it had taken to bring a demon through the barriers into this realm had to have been astronomical. All that power that Bran must have possessed. Now it was all gone to waste after one dumb-ass decision. What had he even been thinking? It wasn’t like he’d needed to win me or anything; he’d already had me, whether I wanted him or not. Whether he wanted me or not, for that matter. So this need to make me want him made no sense whatsoever.

“And you my lovely, will now be my bride. We are betrothed, after all.”

“Oh yes, with all the commotion and a little bit of smoke and magic, I made it seem as though Bran were at least somewhat alive. Now all I have to do is use my own demonic powers—which, yes, I do still have in case you were wondering—make my face look like so much charred meat—you know, the state you put the poor fool in—lay up for a while, then voila! An all healed-up Bran!

“No one will be the wiser. I mean, really, who’s going to tell? You? That would just make you a murderous bitch who committed treason against the would-be king. Bran was an innocent, after all, his palace under siege, a captive right alongside you.

Book 2: The Succubus, The Demon, and The Witch
https://www.amazon.com/dp/B07CQYZKRF