The Devil for President 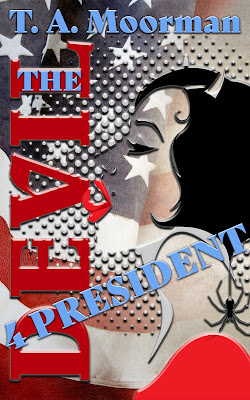 Blurb:
When a woman’s fed up there’s hell to pay. When a female demon is fed up? You’d better get the f-ck out the way.
Wassup? I’m Xenia, and I’m sick and tired of my mate. And no, he didn’t cheat on me, that’s human crap to get mad at. No, the f-cktard can’t get over the thought of his baby brother one-upping him; and has been neglecting me as a result. Well, an idle mind is a dangerous place, especially when it belongs to an intelligent, female demon.
When my father-in-law, the devil himself, gives me a task to wipe out an entire country, I jump on it. Especially when I see just how evil, depraved, and entitled humans have become. And the human suit I chose is probably the worst of the worst.
Will I take out the country? Or does Lucifer have another agenda altogether?
AMAZON: https://www.amazon.com/dp/B09X4PT979
UNIVERSAL: https://books2read.com/Devil-4-President 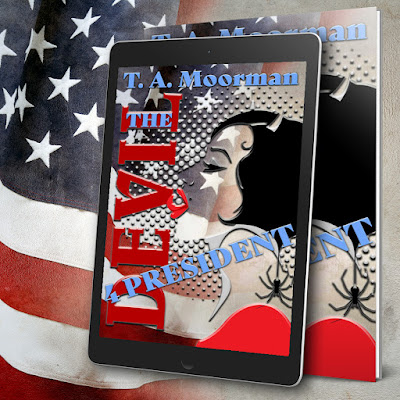 “Bullcrap! I’m tired of you whining about something that really doesn’t have anything to do with you and is just plain pathetic. You’re a grown ass demon with a mate of your own. Or would you rather I be the one gone and Tridamoreous be standing here?” To make sure I got my point across I shifted into a very naked version of his aforementioned brother, all seven feet of jet-black demon; the two were almost identical besides their color, with a very present, extremely rock-hard dick. Az flashed himself to the other side of the room with a look of extreme disgust on his face. Especially when I grabbed said dick and started waving it am him. In my own voice out of his brothers lips I said to him, “This is what your dick should look like.”

“How is it supposed to look like that,” he whined as he gestured to it. Then waved his hand upward towards my, well, his brother’s face, “when you look like that?”

“Oh, for hell’s sake, you weren’t even a little bit hard when I tried to go down on you last night!”

“No! You have Tridamoreous on the brain so badly, well, here he is!”

“Change back!” To emphasize his point that he had the audacity to throw an energy ball at me.

Which I caught and launched right back at him, catching him in the gut, “Make me!”

We went on like that for I don’t even know how long; hurtling energy balls back and forth at each other, right along with insults. The entire place smelled like burnt flesh over the odor of brimstone that already permeated the air.

I hadn’t even realized how loud we had gotten until the devil himself shouted, “Quiet!”, so loud small stalagmites rained down from the ceiling.

Did I mention we lived in hell? No? My bad. I guess you could describe it as an apartment complex chiseled into the cave walls. Hundreds of them for all of us demons to live in. They were pretty stylish considering they were built into red rock, and only so much you can do when the paint boils off as soon as it touches the walls. At least we didn’t have any need for elevators since everyone here could flash, or teleport, even the lower demons. Though, trust me, it’s still just as hot as you think it is.

His voice hadn’t finished reverberating against the walls when the literal devil flashed into the middle of our newly rearranged dining room. “What in all the realms is wrong with the two of you And change yourself female, I haven’t seen my son’s balls since he was a baby and have no desire to do so now.” He was in human suit looking and sounding like he just stepped off the set from Netflix, so he must have just come back from up top messing with humans. “Well, explain!” He rubbed at his temples when we both started to speak at the exact same time. Then muttered under his breath, “I’m dealing with children.”

“The main one acting like a child is your other son over there.” I said as I changed back to myself with a black housedress and crossed my arms against my chest. See, I knew how to show respect, to those who deserve it.

The devil in all his handsome glory turned to where his immature son stood and gestured with his finger for him to stand before him. Once Asmodeus was face to face with him, the devil reached up, and smacked him up the backside of his head. “If I hear that this is once again about your brother, I just may contact your grandfather and ask him to make you an angel.’

“Don’t you Dad me.” His face and entire upper half morphed to its true form, horns and all as he said that. Then he shook himself back to the debonair Italian façade, business suit and all. Lucifer then took the time to flash himself a reclining chair and sat down.

We seethed at each other as Lucifer got himself adjusted, flashed himself a glass of whiskey for both cup holders in his chair, crossed his leg as manly as possible sat back right after he lit a cigar, and took a sip from one of the glasses. He then turned his head to me, “Explain.”

I opened my mouth to speak but didn’t get so much as a syllable out before Az started whining, again. I just rolled my eyes as he groaned, “Why aren’t you asking me?”

I stepped back and held onto the wall as Lucifers eyes turned into two blazing orbs, “You whiny little shit.” He said quietly, and deadly as all hell literally began to shake. I silently wondered what part of the upper world would end up having an earthquake as a result. Before Az come say anything more damning, his father had him up in the air, choking him with an unseen hand, “You have a beautiful female that any demon would gladly kill you to fuck, the privilege to come and go from hell as you please, and no worries of being summoned, yet all you can think about is your little brother running away?” Az tried to respond, but Lucifer just tightened his hold, “He will get his punishment, if and when I see fit. Why do you care so fucking much? How about I give your mate the assignment I was going to give you as my first born?”

Lucifer threw Az across the room, then turned to me, “Xenia, how would you like to run for President of the United States? And wipe the humans there off the bloody planet?” 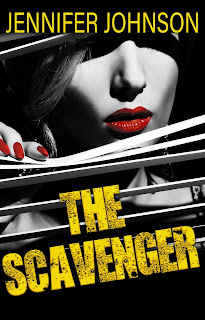 *The Scavenger contains a story that was published on Jennifer Johnson's free blogs in 2020. This book contains an edited version of that story, Part 1: Chapters 1-5, along with a new portion, Part 2: Chapters 6-10. This is a 42k-word story, novella length.

I always thought there was nothing sexier than watching my husband make other women succumb to pleasure. But lately, I’ve wanted to do more than just watch.

As a part of our upcoming anniversary celebration, I’ve created a scavenger hunt. Shawn must have sex with women I’ve hand-picked and collect their panties for me. If he succeeds, the scavenger hunt continues. If he fails, the game is over.

I’ve been secretly recording Shawn’s trysts. It never gets old, and I never grow tired of watching. With every video, I pretend that I am my husband, but it’s not enough. There’s something in me that begs for release. Something dark. Something beyond sexy.

Seeing Shawn destroy other women makes me wish I was the one destroying them, and I have a plan that will make it possible for me to get a taste of what being my husband might be like. I’ve never felt this way before, yet I know it’s always been a part of me.

I’m a scavenger, ready to pounce on the scraps of what’s left after Shawn uses women’s bodies. It’s all part of my plan. Will my husband do my bidding and comply?

The hunt is on…