From Bestselling and Debut Authors:

Pre-order this LIMITED TIME set for only $0.99! 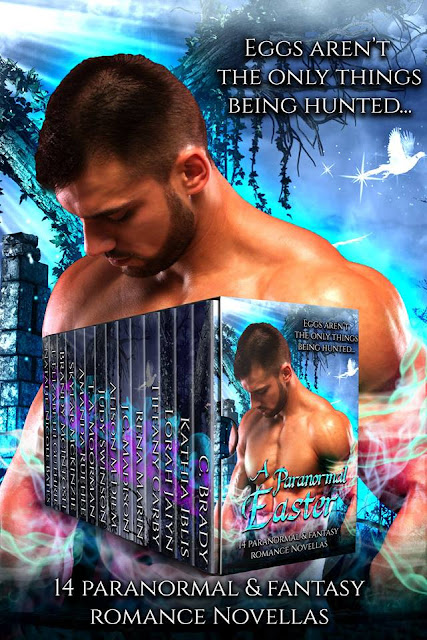 Eggs aren’t the only things being hunted…

It’s a must have for all paranormal readers. 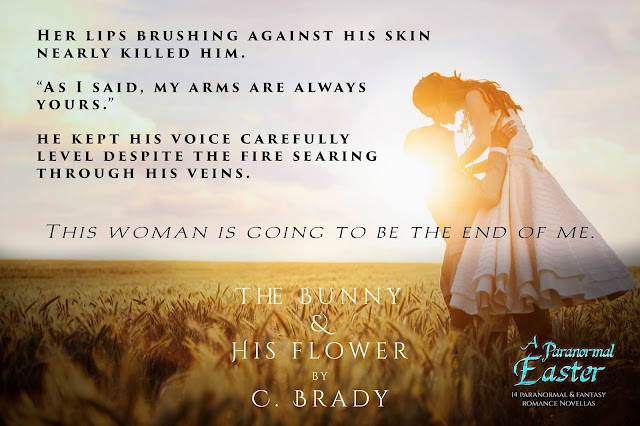 His Bunny and His Flower by C. Brady

Can brute force win a heart? Peregrine seems to think so. Adelaide is the woman of his dreams and her childhood friend Dylan stands in his way. Will Peregrine take things too far and separate them forever? Or will he wind up granting Dylan’s dearest wish? 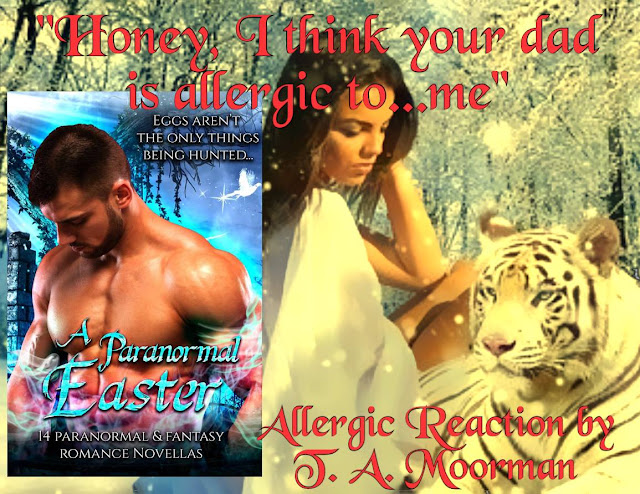 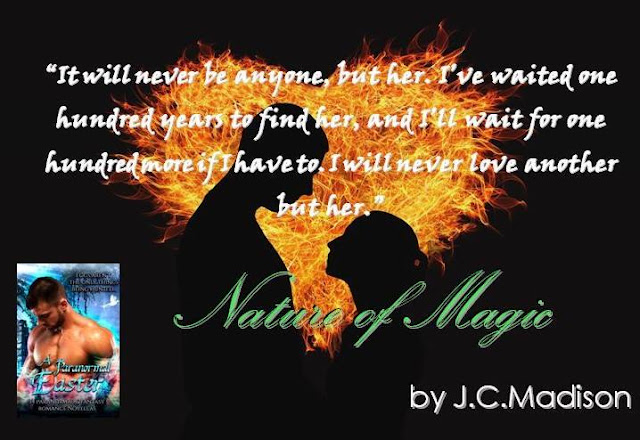 
Kyler knew he'd have to return to Red River one day, but that doesn't mean he has to be happy about it. He loves his brothers, will tolerate others of his kind, but humans... forget it.
Selene lost more than just her parents the day they died, so now she keeps everyone at arm's lengths because you can't lose what you don't have.
Can a reclusive artist and a stubborn witch overcome their fears and differences to find a HEA? Or is it destined to be over before it's even begun? 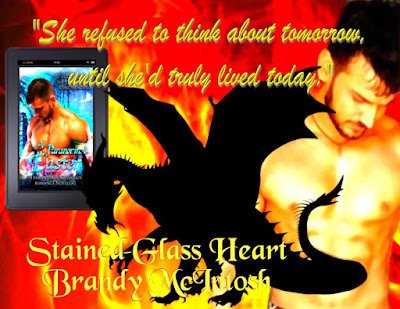 STAINED-GLASS HEART by Brandy McIntosh
Vichter is desperate to get his egg back home, safe and sound. But when he is shot out of the sky and must take refuge in Ashlyn’s farmhouse, he’s torn between his duty as Guardian and his desperate need to protect and claim his mate. One catastrophic Easter Egg Hunt later, he realizes the fiery woman might be more fierce than helpless, so how can he convince the little warrior that she needs him? 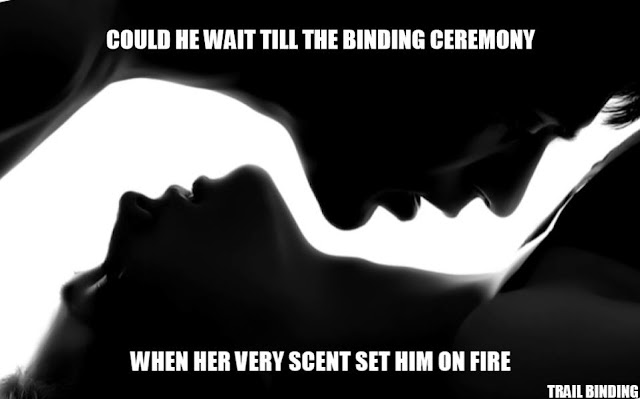 Keldan must find Frankie before Ostara in order to save himself and his people. Not even a war with the Ogres will stop him from claiming the woman he’s fallen in love with.

UNLEASHING THE ROCK by Lorah Jaiyn

Pryce McIntyre is a social worker at La Petite Haven, a group home for children in a converted Gothic estate. She spends her evenings on her balcony to unwind, chatting with a concrete gargoyle whose lips won’t repeat her rendition of the day’s events.

On a night when the stars were unusually shimmery and lustrous, her reverie is interrupted as Guidry, the gargoyle, turns into his human form. Handsome, sexy, and with a Scottish accent, the attraction is immediate.

Until he starts talking and reveals his true self is a demon. Sparks fly, but she keeps him at arm’s length, something he’s not used to. Can Pryce change his wicked ways so he can find salvation?

When he meets Toby, a little boy who seems to be on the same fast track to trouble Guidry himself had taken, the demon has to reign in his own bad behavior. When Toby finds himself in danger, can a gargoyle come to the rescue?

And can Pryce control her heart until his three days are up? 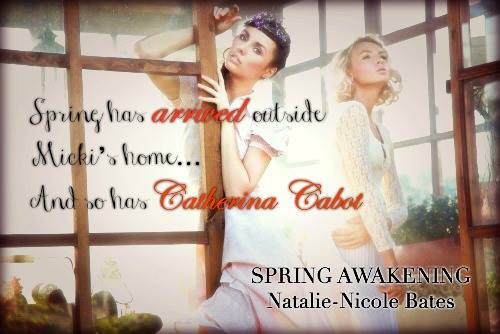 Catherina Cabot has quite a story to tell. She claims that after the murder of her family, she was imprisoned inside the crypt for over one hundred years.

Micki is torn between believing whether Catherina’s story is true, or she is merely disturbed and has assumed the identity of a long-deceased woman.

As the two grow closer, they realize they have a lot more in common than they first thought, and that Fate may have sent them both an Easter miracle. 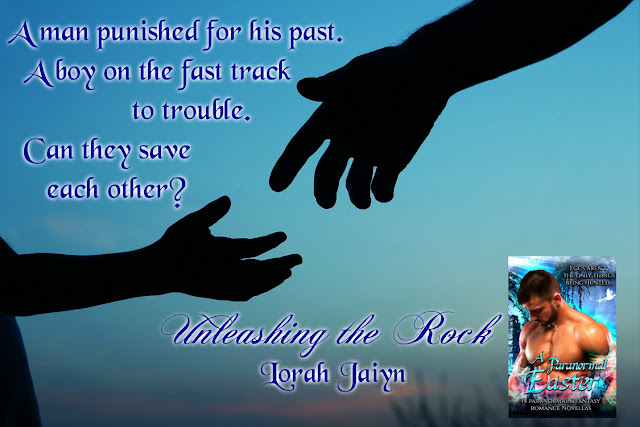 Upwards Over the Mountain by Alison M. Diem

In high school, Hemery Dyllan helped his best friend (and secretly the love of his life) Elliot Hardstark escape his abusive father. In the process, Hemery found out that Elliot wasn’t entirely human, and that Hemery was willing to do anything to keep Elliot safe. After ten years without each other, save a series of dreams that Hemery can’t even be sure were real, they’re reunited, but for how long? Can they find a way to be together or are they destined to be apart?

Of Opals and Dragons Eggs By Amanda Ruehle

Grant Harrison has found friendship— and maybe something more— with someone he was sure couldn’t exist: Moonlily, a feisty little fairy with a protective streak a mile wide and a secret that’s even bigger. When her secret— and the danger it brings— rears its head when he takes home for Easter, will the two of them have what it takes to survive? 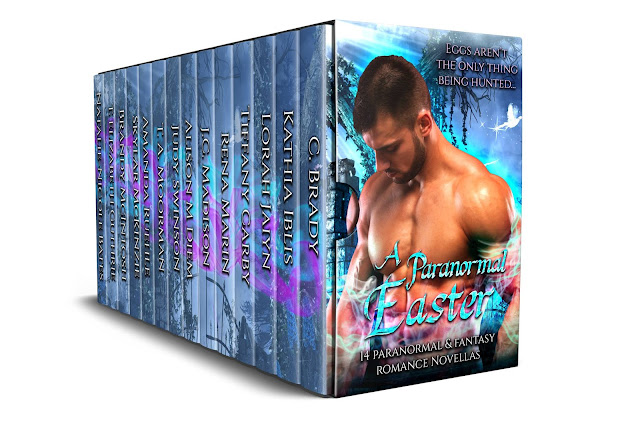 The Spirit of Little Feather by Judy C. Swinson

A childless couple adopts a small child, Maria, in Alabama. When Danny is born eight years later to the couple, Maria learns she is adopted. As a teenager, she’s hungry to find out about her own biological parents and begs her parents to help her. Although her mother is patient and understands her need to know, Maria sees no action on her parent’s part to find out for her.

Then it appears the sun and stars align. On a church sponsored youth trip during Easter week, Maria meets Christain, a young man who is the group’s guide. On a kayak trip down the Crystal River, Maria feels a breeze on her face, no one else in the group feels and she hears sounds no one else hears and sees things no one else sees, except Christian does. Learning they are both adopted, will Christain hold the key to unlock the answers to Maria’s questions about where she comes from? Sometimes it’s in the timing that opens the doors to life’s questions. 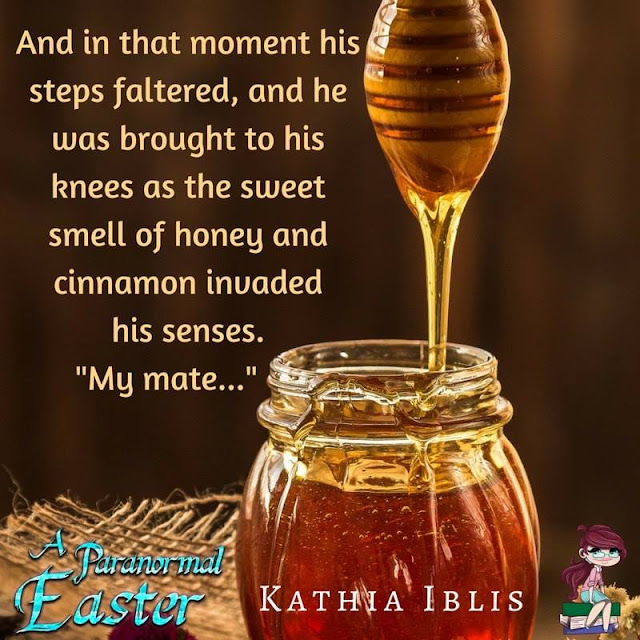 Honey and the Easter Bear by Kathia Iblis

When Honey Evans accepted her friend Amy’s invitation to spend Easter with her family, she had no idea her life was about to change forever because in the Alaskan wilderness humans are not always welcome — and bears do not always stay in their animal form. Kody Cavanaugh, alpha of the Kodiak shifter clan, wanted nothing to do with humans or shifters who associate with them. But the Alaskan wilderness is an unpredictable territory that might just bring him what he had always longed for: a delicate human female. Misgivings, broken eggs and Easter traditions brought them together, but will that be enough or are they destined to lose each other?

Sent to Me by Rena Marin

When her life begins to fall apart, Harley Morgan finds herself relying on the help of a food-loving, breathtaking guardian angel by the name of Sebastian. While he watches over her, the two of them find themselves fighting not only dark forces but their feelings for one another. Will Sebastian win the fight and keep Harley safe, or will their feelings for one another tear apart everything they are fighting for?

No Arrows Needed by Skylar McKinzie

Cupid isn’t supposed to fall in love. Everyone knows that, right? Well, when Tabby the witch decides the only way that her friend Tara is going to fall in love is with a little magickal intervention, she calls on her friend Todd, Cupid, to do the deed for her. When Todd falls in love with Tara, it goes against the Cupid’s code and puts his wings in danger. What will be more important to Todd? His wings...or his heart?

Valerie Webber is desperate. She’ll do anything to escape the clutches of the evil drug lord, and soon to be ex-boyfriend, Vincent "Vinny" DeMarco – even if that means running away, and landing herself in one of the smallest, inconspicuous towns in Kentucky. Hiding behind the name Vale Phoenix, she expected to meet strangers in Spring City, while laying low in the small town. What she didn’t expect, however, was to find herself in the arms of a handsome stranger. Vale meets Julian Knight, who offers her more than just room and board. She finds herself helpless against his memorizing gaze and witty demeanor. However, Julian is hiding a dark secret of his own: a secret decidedly deadlier than a criminal ex-boyfriend seeking vengeance. | In her quest for sanctuary and the beginnings of a new life, will Vale truly find freedom from Vinny, only to fall into the sinister clutches of a far more dangerous man?