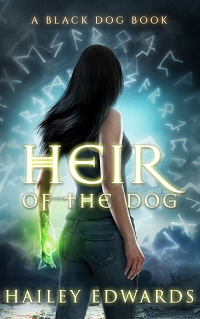 When the wrong fae answers her summons, Thierry finds herself saddled with a royal pain bent on making her life difficult. Well, more difficult. Her ex is back in town, her best friend is heartbroken and to top it all off, the Faerie High Court has issued her a summons.

Black Dog is missing, and the only hope of negotiating a truce between the light and dark fae vanished with him. Eager to avoid another Thousand Years War, the High Court reached out to the one person they believe can track him down–the daughter who shares his curse.

Quinn’s startled bellow when my magic threaded through his veins to his heart was deafening.

My ears rang as much from his screams as the collapse of his charm. Moonlight filtered through the fading tendrils of darkness, casting faint light between the squat buildings sandwiching the alley.

Glittering bones, each one picked clean and most gnawed to splinters, littered the street. Tossed aside like trash to rot among the wet newspapers and crumpled soda cans. Hard to know who or what left those behind. They weren’t troll kills. That much was for certain. They weren’t fresh kills, either.

Trolls were opportunistic. The odds Quinn had squatted in another fae’s territory were high. Yet another use for that blackout charm. Tack it up, say a Word to activate it, and the charm did the rest.

Power that rich could make any spot with a kernel of darkness blossom into an abyss.

One corpse, the girl whose disappearance tipped off the conclave about our rogue troll problem, sprawled in a heap of broken limbs. The toothpaste trick didn’t work as well on humans as it did on fae. Poor kid. I hated breaking bad news to parents who actually cared whether their children lived or died.

The troll’s wheezing forced my attention back to him. Enough stalling. Time to finish this.

“By the power vested in me as a marshal of the Southwestern Conclave, I condemn you to death for your crimes against humanity.” I gritted my teeth until my jaw ached and braced against the coming pain. “Your soul will now be extinguished and your remains claimed by the Morrigan, as is your right as a subject of House Unseelie. If you have sworn fealty to another deity, and if you wish your remains to be an offering to them, speak their name now or forever hold your peace.”

I took his silence as consent and willed a pulse of magic through the runes contacting his skin. A heartbeat later, searing heat cut across my jaw, a scalpel-sharp ache zigzagging past my temple and over my scalp. Razors slashed under my skin with every wicked slice my magic dealt O’Shea.

I hated this part, the severing of a soul from its host, the trimming away of the fat of life and the cauterizing of immortality. Fae were built to weather eternity. Few grasped true death in any context.

But we were all tangles of muscle and bone, flesh and blood, heads and hearts, weren’t we?

We could all die if the time was right. Sometimes we did even if it wasn’t.

I held O’Shea’s terrified gaze while the top layers of his skin peeled away from muscle like ripping off an old bandage. I owed him that. I was ending a man’s life and could damn well look him in the eye while I did it. The vicious teeth of my magic savaged his soul, rent the tatters of his self and devoured it whole.

Pleasant warmth suffused my limbs, sating the darker part of me who stared at carnage a little too long, watched each death a too closely and enjoyed a soul-induced high just enough to shove me spinning down a shame spiral only one person could stop.

I wish Shaw was here.

No. No, I didn’t. Sure he might pull me out of my guilt tailspin, but that meant talking to him, and if he got me on the phone, I knew what he would want to talk about. Us. Except there was no us. Not anymore.

The troll’s pupils had faded to milky white. He was an empty shell suspended by an intricate web of misery. Magic knifed under his flesh, jolting his corpse, seeping out his pores until his skin released with a wet kiss of sound and puddled at his ankles where the pinky-white folds withered into a dried husk.

What remained was a meat and bone sculpture of troll musculature ready for disposal. Time to ring the dinner bell.

Before gloving my hand, I tugged a quarter-size silver medallion from my shirt by its chain and palmed the cool metal. Rubbing a rune-covered thumb across the triskele stamped into its center, I summoned the Morrigan.

A breeze smelling of wood smoke and embers ruffled my hair. A pulse of black magic beat in the air before me. The ball of swirling mist drifted on the breeze. That…wasn’t right.

A carrion crow swarm that blotted out the sky then swooped to encircle an offering in a cawing black feather tornado complete with glowing ruby eyes? That was more her style.

This was something else—someone else. But who had the balls to claim her feast in their name?

I lowered my hand to my side where its luminescent threat remained visible.

“You summoned the Morrigan.” A thickly accented voice throbbed across my skin.

“I did, and you aren’t her.” The cadence of those words shivered through me. “Who are you?”

“Whoever you want, a stór.” His chuckle was worse, all buttery rich and inviting. Dangerous.

“I’m not your darling.” I raised my left hand. “By whose authority have you answered my call?”

A moment of silence passed. “I am the Morrigan’s son.”

“The Raven,” I breathed.

Her son and heir, Raven, an Unseelie prince. A prickle of unease quivered along my nape. A prince in the mortal realm. What on earth had lured him here? And did the conclave know? They had to, right? The prince must have used a tether to get here, and for visiting dignitaries, that required permission from the Faerie High Court on his side and the Earthen Conclave on this one.

Straightening my shoulders, I gestured toward the body. “Then you are welcome to your feast.”

“Who do I owe for this offering?” Amusement throbbed in that nebulous swirl of magic.

“Thierry Thackeray.” Not my Name, but a name nonetheless.

“Tee-air-ree.” He dragged out each syllable as if savoring the sound on his…well, he had no lips in this form.

“Let me grab this…” I knelt and rolled up the troll’s skin, “…and I’ll leave you to it.” Tucking the proof of death under my arm, I saluted the magic blob. “Enjoy your feast.”

Eager to put Raven behind me, I turned on my heel and strode toward the mouth of the alley, tugging my glove back in place. His mother tended to rip off limbs and gnaw on them like chicken wings instead of, oh, I don’t know, someone’s arm. I shuddered and kept on walking. However her son chose to dine, he was doing it alone.

“I will savor every bite.” His voice dogged my heels. “Go bhfeicfidh mé arís thú.”

Until we meet again.

Heir of the Dog: Copyright © 2015 by Hailey Edwards used with permission. 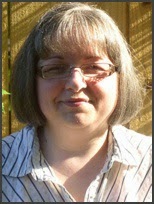 A cupcake enthusiast and funky sock lover possessed of an overactive imagination, Hailey lives in Alabama with her handcuff-OLYMPUS DIGITAL CAMERA carrying hubby, her fluty-tooting daughter and their herd of dachshunds.

Her desire to explore without leaving the comforts of home fueled her love of reading and writing. Whenever the itch for adventure strikes, Hailey can be found with her nose glued to her Kindle’s screen or squinting at her monitor as she writes her next happily-ever-after.