Review: A Touch of Midnight 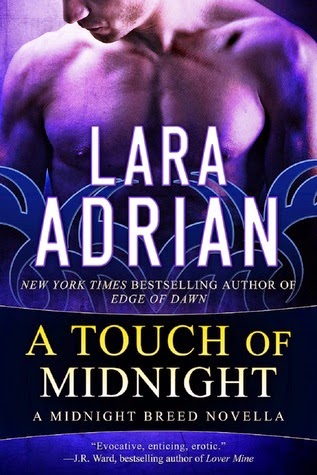 "While not integral to the series, it will show fans a more in depth look into Gideon. (Pssst...and the eBook is free.)"

Savannah Dupree is halfway across the country from her Louisiana bayou hometown, a freshman studying at Boston University on a full scholarship. But academic excellence is only one of Savannah’s gifts. She possesses something even more remarkable than her quick mind and insatiable curiosity for learning. With a simple touch, Savannah can see an object’s past—a skill that puts her life in danger, when her studies bring her into contact with a centuries-old English sword and the secret hidden within the blade’s history: the vicious murders of twin boys by a group of fanged creatures borne of the worst kind of nightmare.

In all his three hundred years of living as one of the Breed, vampire warrior Gideon never dreamed he’d see the blade again that spilled his young brothers’ lives ages ago on that blood-soaked night in London. Ever since the boys’ deaths, Gideon’s been on a personal quest to rid the world of Rogue vampires, but now he can’t help wondering if the brutal slayings of his only kin was something more sinister—an act perpetrated by an unknown enemy. An enemy who is apparently living in hiding somewhere in Boston. There’s one certain way to prove Gideon’s suspicion, but it will mean using innocent, gifted Savannah to help uncover the full truth—a truth that will shatter everything she knows about herself and the world around her. And with danger closing in from all sides, the passion that ignites between Gideon and Savannah will tempt them to risk their hearts and lives for a love that might just last an eternity…

A Touch of Midnight truly only pertains to the story of Gideon and Savannah. Though it does take place before the series' began, the Order had already been formed. This novella does however give fans the story of how these lovers fell in love, how our tech savvy geek warrior ended up on virtual desk duty and that Savannah is more than just arm candy.

Savannah Dupree always knew she had gifts that most people did not possess. Being born and raised in New Orleans she just chalked it up to being no more than part of her Creole heritage. When she comes across a sword giving her conflicting images; some so horrifying they struck to her very core, and one of a man straight out of any woman's fantasy, she finds herself wanting to know more. With the brutal death of a friend, her compulsion with the past of that sword doesn't seem significant. Until she learns that very sword may have been the catalyst leading up to events that are not only way beyond her control, but also put her very life at risk.

Gideon had spent the better part of his life trying to not forget his past, but to kill as many bloodthirsty Rogues as possible to prevent more families from suffering the fate of his own. A plan he thought perfect until a captivating woman appears on the news describing not only a murder, but details of the very sword that shattered his life so many centuries ago.

Short, sweet, simple and while I wish there had been a few more brutal parts, it was still a good read. Not a very integral part of the series, so fans can skip this read and not be lost, but I say go for it. The story does not cost a thing in eBook format, links are above, and it make readers fall in love with Gid a whole lot more.

Edge, a digital-first single-title romance line from Entangled Publishing, takes its lead from their popular Select imprint but gives its novels an edge in the marketplace by bringing great stories to readers at reasonable prices in a quick-and-easy way. Whether sexy or sweet, traditional romance or love and lust with a women’s fiction bent, at the center of every Edge book is heart. From Urban Fantasy to Contemporary Romance to Science Fiction Romance, Edge has a book for all romance readers—and right at their fingertips! As they say, all’s fair in love and war. To find out more about their titles, chat with authors, participate in special events, and to find out what books are coming next, visit the Entangled website, follow them on Twitter, and like their Facebook page. 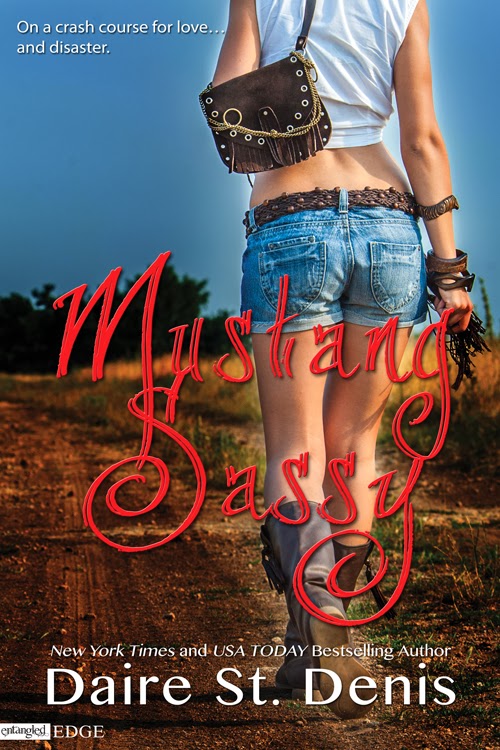 Jordan Michaels wants his car fixed, now, and he wants Sass’s auto body shop to do it. But the handsome blond has a secret−he’s really Jordan Carlyle of Carlyle’s Classics, Sass Hogan’s biggest competitor, and he’s determined to prove himself to his family. As Sass and Jordan get to know each other, the depth of the attraction has them falling in love. But a relationship based on lies will only leave them primed for the worst wreck of their lives. 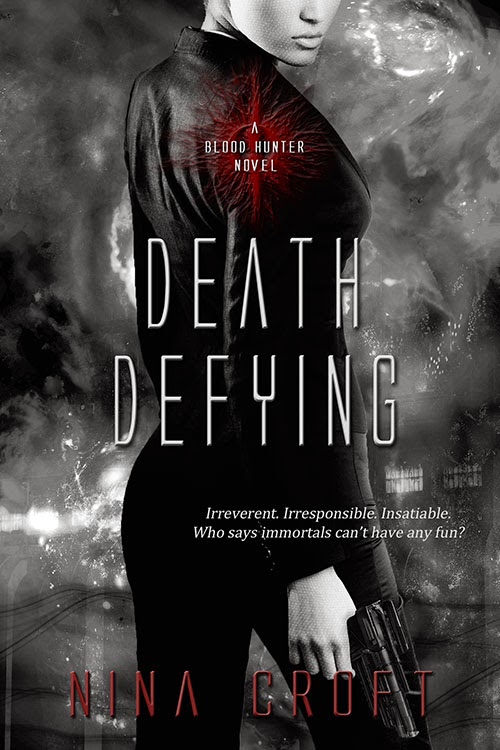 
After five hundred years, Callum Meridian, founding member of the Collective, is bored out of his mind. Until he realizes he’s physically changing—into what, he isn’t sure. Callum is determined to discover the truth, but his own people will stop at nothing to prevent it from coming out. He turns to Captain Tannis of the starship El Cazador. Sparks fly as they work together to make it out alive, but can Callum really trust the one woman hell bent on using him? Defying death has never been more dangerous…or more sexy. 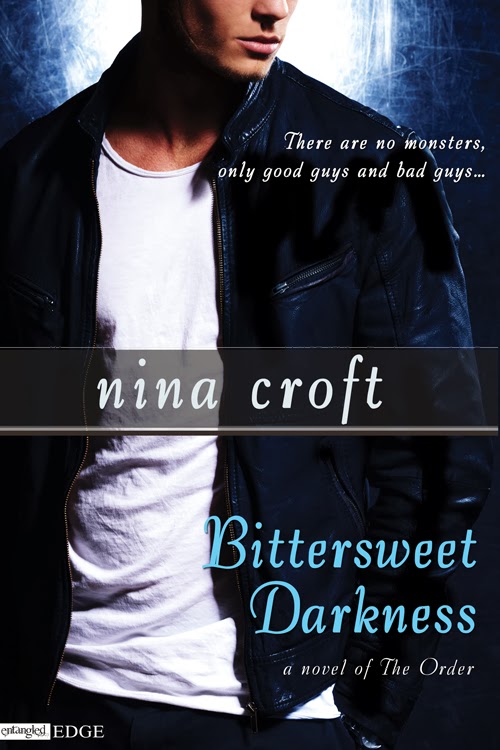 
As payment for a debt, Ash Delacourt finds himself working with the Order of the Shadow Accords as the demon representative. It’s a chance to be near his daughter, make a new start, and—once he’s met the delectable Detective Connolly—maybe have a little fun. But Faith has a secret, and falling in love with Ash—one of the bad guys, albeit a stunningly gorgeous one, isn't part of her future. How can she ever let Ash close when her time is running out…? 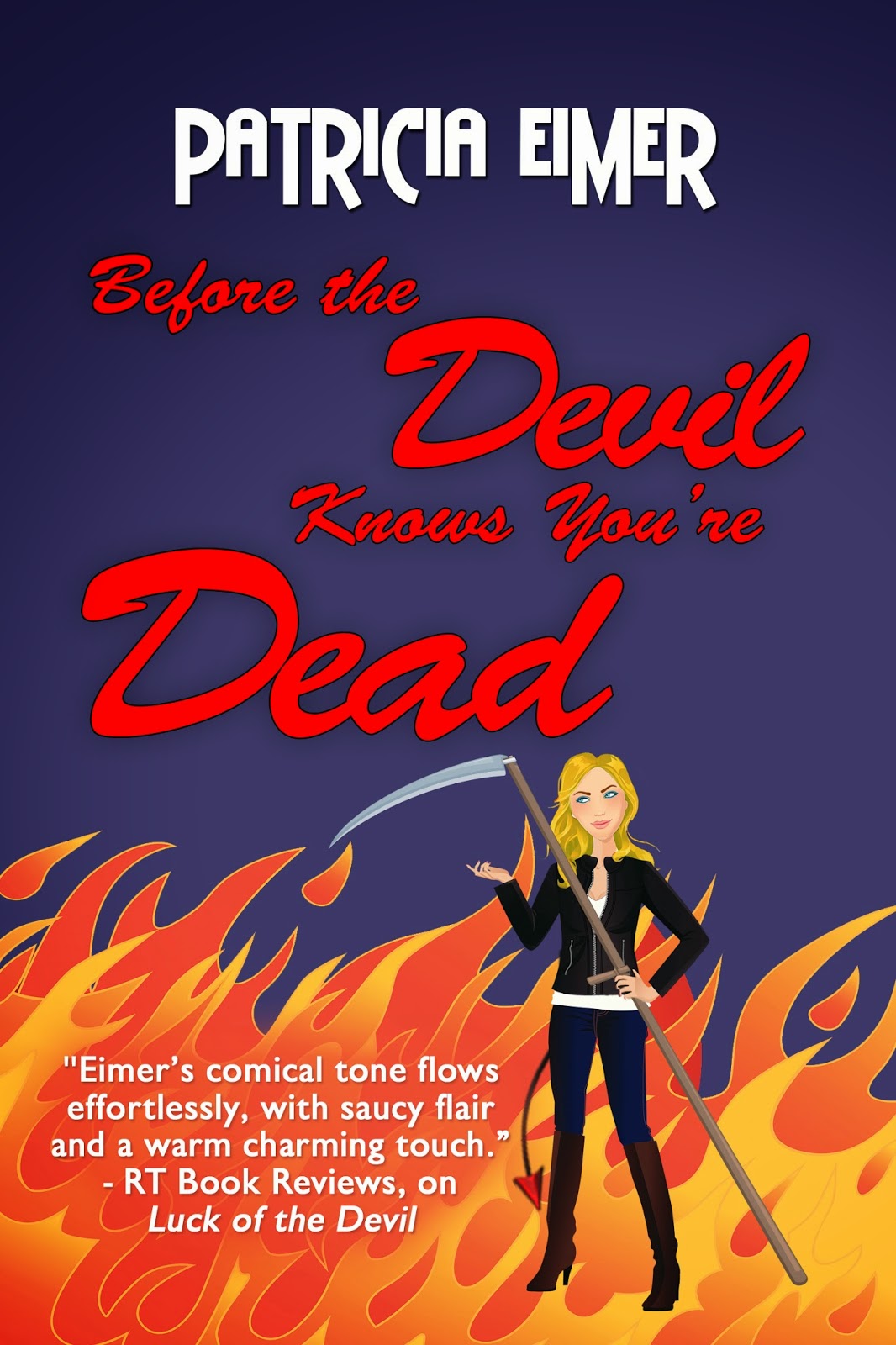 
There’s never an end to the crazy when you’re demon spawn. Not that Faith Bettincourt’s complaining. She's patching things up with her angelic on-again off-again boyfriend, Matt, and saving kids from Death in her pediatric unit, one soul at a time. But when she's forced to take over as the Angel of Death, and then Matt’s ex comes back, bringing the Apocalypse with her, Faith’s not about to give up the world...or her man. When the chips are down, what’s a girl to do but take matters in her own hands, consequences be damned?


No comments:
Email ThisBlogThis!Share to TwitterShare to FacebookShare to Pinterest


"There is no such thing as black and white, good or evil.  But there is right and wrong."

There are no monsters, only good guys and bad guys. That’s the creed by which Detective Inspector Faith Connolly has always lived.

When Faith discovers that she has a time bomb counting down in her head, she has one goal; to solve the murder case she’s working on—a young girl who was found drained of blood—and in doing so gain closure for a long ago murder never solved. Her investigation brings her in contact with Ash Delacourt. Ash is all black leather, big guns and sexy bad attitude—definitely not one of the good guys.

As payment for a debt, Asmodai AKA Ash Delacourt, finds himself working with the Order of the Shadow Accords. He’s the demon representative on the newly formed Committee for the Integration of Mankind and well…everything else. It’s a chance to be near his daughter, make a new start, and—once he’s met the delectable detective—maybe have a little fun.

There are no monsters. But as Faith’s investigation deepens, her beliefs are eroded and for the first time, she is falling in love—with one of the bad guys. But how can she ever let Ash close when her time is running out…?  (Goodreads)

I had been waiting impatiently for this book to come ever since I read Bittersweet Magic, longing to see what was in store for one of my favorite demons, Asmodai.  I am happy to say Croft did NOT disappoint.

Asmodai has gone by many different names, Ash Delacourt, Demon of Lust, Prince of Darkness, but none does he crave more than the name Father.  After losing the only woman with the ability to break through with black heart, his wife Lily, the only woman's affection he has craved is that of their daughter he believed to be dead, Tara.  But after ordering her best friend to be brutally murdered, successfully, that seems like a pretty impossible feet.  Even after he goes to his best friend Luc, Lucifer himself, to procure a present for her.  A gift that comes with a price on his part they may lead to him falling for yet another female, a frail human woman, something he always vowed he would not do.  And that woman, with her fiery spirit and strictly black and white attitude has a ticking time bomb getting ready to go off inside of her that will cut whatever time they may have shorter than he realizes.

Faith is one of those women that lives in a world with rose colored glasses; everything is black and white, good or bad with no room for nothing in between.  A world where no ghosts or ghoulies exist.  So when she is offered a position at a government facility, by a Priest and ex-Military man no less, a faction called MI13 that is investigating Christian Roth whom they tell her is a vampire, it takes all of self-control to not fall out of her chair laughing.  Though even when undeniable physical evidence is right in her face, she still can't except it, as though an impenetrable wall comes up at the mention of the word Vampire.  A wall that has been there since her mother was murdered and her body found by Faith when she was only twelve years old.   Being forced to take the job, she refuses to spy on her former partner, Ryan, but she may cede to spy on Ash.  After-all, there is nowhere she take the attraction she reluctantly feels for him.  Not when her Government, the good guys, have deemed the people he works for as bad.  But her righteous government is about to do something so heinous that she will have to change the way she view things.

Full of action, heat, lust, violence, intrigue and most importantly characters readers will actually feel a vested interest in, Bittersweet Darkness is a true must read.  Just not if you are righteous, holier than thou, squeamish or believe that vampires should sparkle and Angels only create miracles.  Because in this world, Demons may be the not-so-bad guys and Angels the not-so-good guys.  And I am also happy to say that Croft has proven to be one of those authors with the ability to surprise even me, which is saying something after all the Paranormal books I have read.

Yes, this can be read as a stand alone, though I recommend reading the entire series'.
No comments:
Email ThisBlogThis!Share to TwitterShare to FacebookShare to Pinterest
Older Posts Home
Subscribe to: Posts (Atom)