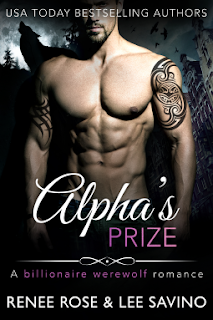 Synopsis:
MY CAPTIVE. MY MATE. MY PRIZE.
I didn’t order the capture of the beautiful American she-wolf. I didn’t buy her from the traffickers. I didn’t even plan to claim her. But no male shifter could have withstood the test of a full moon and a locked room with Sedona, naked and shackled to the bed.

I lost control, not only claiming her, but also marking her, and leaving her pregnant with my wolfpup. I won’t keep her prisoner, as much as I’d like to. I allow her to escape to the safety of her brother’s pack.

But once marked, no she-wolf is ever really free. I will follow her to the ends of the Earth, if I must.

Sedona belongs to me.

Publisher’s Note: Alpha’s Prize is a stand-alone book in the Bad Boy Alphas series. HEA guaranteed, no cheating. This book contains a hot, demanding alpha wolf with a penchant for protecting and dominating his female. If such material offends you, do not buy this book.

Alpha's Prize by Renee Rose
My rating: 5 of 5 stars 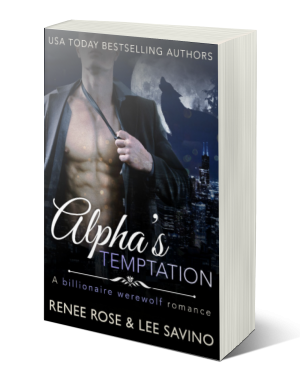