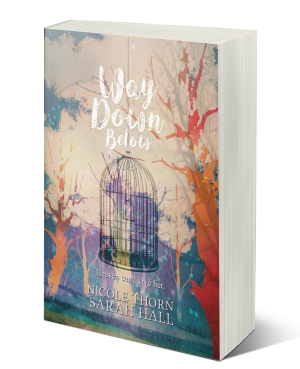 Review by Terri
No comments:
Email ThisBlogThis!Share to TwitterShare to FacebookShare to Pinterest 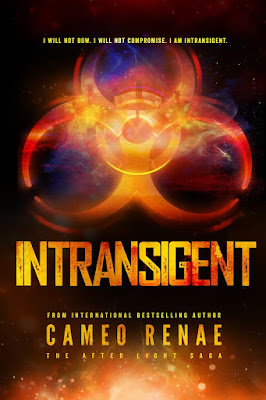 Blurb:
Arriving at the new government bunker, things quickly go from bad to worse. I am separated from Finn and my family because of my ability to connect with Arvies through telepathy. Housed with three other Readers—and kept away from the general population—we are given serum injections in effort to enhance our thought transference. The end goal? Thought manipulation. We are considered humanity’s only hope in the war against the Arvy race.With the ever growing threat of an invasion, the government demands results from the Reader program by doling out ultimatums, and using our loved ones against us. But they will not break me.

My name is Abigail Park. I am intransigent. 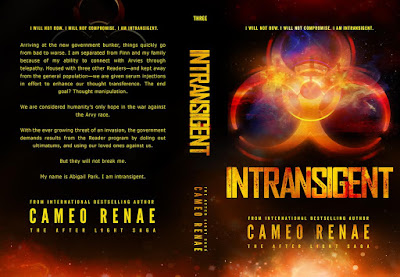 Cameo Renae was born in San Francisco, raised in Maui, Hawaii, and recently moved with her husband and children to Alaska. She's a daydreamer, a caffeine and peppermint addict, loves to laugh, loves to read, and loves to escape reality. One of her greatest joys is creating fantasy worlds filled with adventure and romance, and sharing it with others. One day she hopes to find her own magic wardrobe, and ride away on her magical unicorn. Until then...she'll keep writing! HAPPY READING!