Whether you're an official member of the lonely hearts club, or just in love with love, this prize is for you! A Lover's Lane $50GC, Funko Pop Britney Spears, and more VDay goodies. And to enter to win all you need to do is follow some great authors.

And download some great reads to get you started here: https://books.bookfunnel.com/forever-mine/r0qmzyq3c2 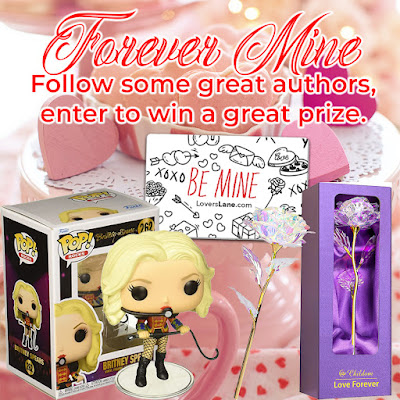 GODDESS FROM THE LOST PLANET by NEAL ROBERTS
From Heaven to Earth they Came Book 1
Published January 16, 2023
SCI/FI FANTASY 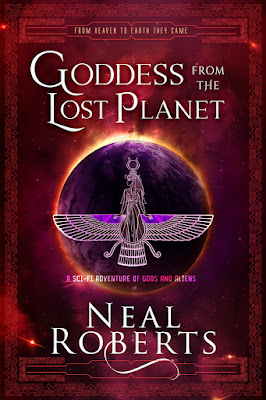 BLURB:
When the ancient gods threaten to return to Earth, can a brilliant academician opposing their return keep a step ahead of their wrath?

New York, 2034. Professor David Schubert remains a man adrift two years after the death of his beloved wife until, one day, his interest is piqued by the sudden disappearance of a mosque from the Temple Mount in Jerusalem, an event that threatens to bring the world to the brink of destruction. But David, based upon special knowledge provided by a friend who’s now dead, recognizes the mosque’s disappearance as portending the return to Earth of the ancient gods of Sumeria.

When the Pentagon enlists David in opposing the gods’ invasion plans, he finds himself drawn into a global crisis where his own special knowledge and skills might prove to be the key to halting the coming alien invasion. David is sent to track down his dead friend’s missing translations of obscure Sumerian texts, as they may reveal important secrets about the impending return of a lost planet and a war between powerful gods that began thousands of years ago.

As David is increasingly drawn to the beautiful intelligence officer assigned to guard and protect him, his fear grows that their breakneck search from country to country may fail to keep them a step ahead of the otherworldly forces determined to stop him.

Can he puzzle out the truth of these long-departed gods before their return destroys the entire planet?

Goddess from the Lost Planet is the enthralling first book in the science fiction series From Heaven To Earth They Came. If you like dashing and romantic heroes and heroines, action-packed plots, and thrilling suspense, then you'll love Neal Roberts’ historically inspired tale of ancient lore woven into our modern day. 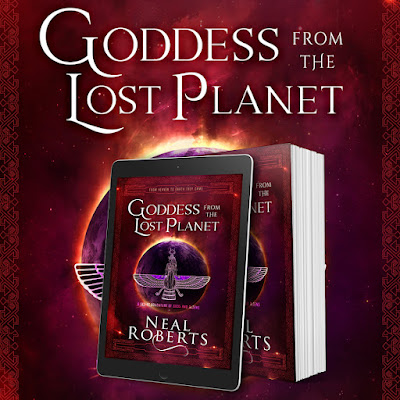 Neal Roberts and his wife live on Long Island, New York, where they have two grown children. Neal is a practicing attorney and adjunct law professor, and spends as much time as possible researching his next novel while enhancing his lawyer's pallor. When he's not writing Elizabethan politico-legal novels, practicing law, or teaching, he's an editor of an international peer-reviewed publication in the field of intellectual property law. Neal is also an avid student of Elizabethan literature and politics, which subjects form the basis of his first novel, A Second Daniel. His analysis of Shakespeare's Sonnet 121 has been extensively cited by some of the most important authorities seeking to identify the true author of the poems and plays attributed to William Shakespeare.

Learn more about Neal or download your free short by visiting authornealroberts.com. 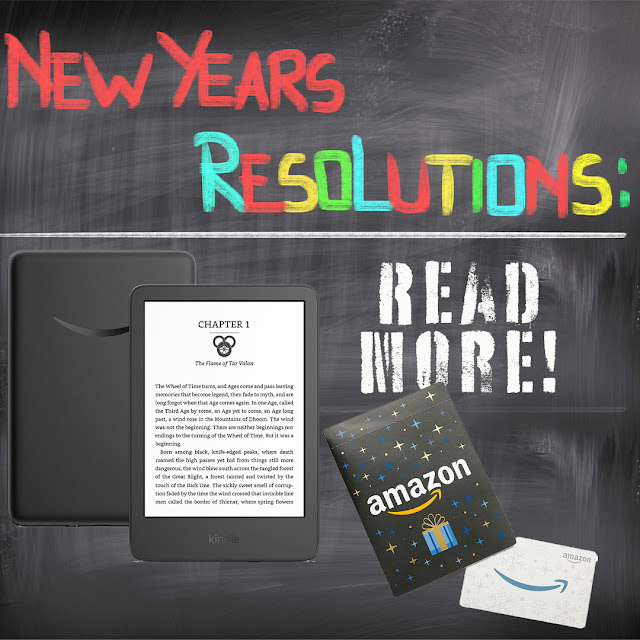 Ready to ring in the New Year? How many resolutions have you made? Was fitting more reading into your busy schedule one of them? Here's something to help with that! Follow these great authors and enter for a chance to win a Kindle Paperwhite and an Amazon Gift Card for book money.
https://kingsumo.com/g/dvpgeo/resolutions-2023
No comments:
Email ThisBlogThis!Share to TwitterShare to FacebookShare to Pinterest
Older Posts Home
Subscribe to: Posts (Atom)