Eons ago, vampires tried to turn the dark Fae in order to harness their magic, only to create a demonic enemy more powerful than they could have imagined. Now, in a final push, Myst returns with a vengeance to bring the Golden Wood forever under the rule of the Indigo Court.

Newly crowned Fae Queens Cicely and Rhiannon have embraced their destinies and claimed their thrones. But Myst is rising once more, and now, at the helm of her armies, she begins her final assault on the Golden Wood. As Fae, vampires, and magic-born alike fall under the tide of blood, Cicely and her friends must discover a way to destroy the spidery queen before they—and their people—face total annihilation.(Goodreads) 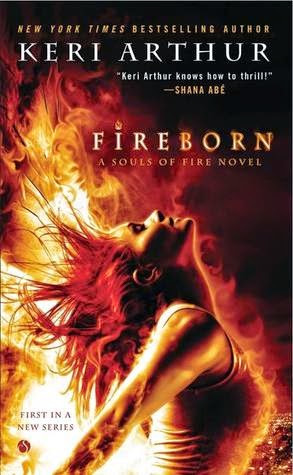 Emberly has spent a good number of her many lives trying to save humans. So when her prophetic dreams reveal the death of Sam, a man she once loved, she does everything in her power to prevent that from happening. But in saving his life, she gets more than she bargained for.

Sam is working undercover for the Paranormal Investigations Team, and those who are trying to murder him are actually humans infected by a plague-like virus, the Crimson Death—a by-product of a failed government experiment that attempted to identify the enzymes that make vampires immortal. Now, all those infected must be eliminated.

But when Emberly’s boss is murdered and his irreplaceable research stolen, she needs to find the guilty party before she goes down in flames… (Goodreads) 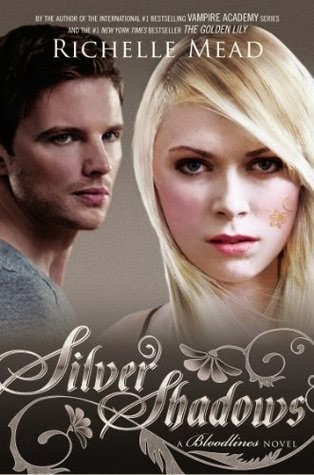 Sydney Sage is an Alchemist, one of a group of humans who dabble in magic and serve to bridge the worlds of humans and vampires. They protect vampire secrets—and human lives.

In The Fiery Heart, Sydney risked everything to follow her gut, walking a dangerous line to keep her feelings hidden from the Alchemists.

Now in the aftermath of an event that ripped their world apart, Sydney and Adrian struggle to pick up the pieces and find their way back to each other. But first, they have to survive.

For Sydney, trapped and surrounded by adversaries, life becomes a daily struggle to hold on to her identity and the memories of those she loves. Meanwhile, Adrian clings to hope in the face of those who tell him Sydney is a lost cause, but the battle proves daunting as old demons and new temptations begin to seize hold of him. . . .

Their worst fears now a chilling reality, Sydney and Adrian face their darkest hour in this heart-pounding fifth installment in the New York Times bestselling Bloodlines series, where all bets are off. (Goodreads) 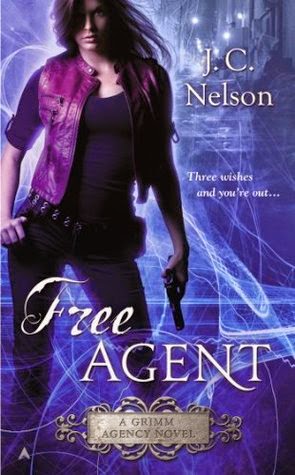 When it comes to crafting happily-ever-afters, the Agency is the best in the land of Kingdom. The Fairy Godfather Grimm can solve any problem—from eliminating imps to finding prince charming—as long as you can pay the price…

Working for Grimm isn’t Marissa Locks’s dream job. But when your parents trade you to a Fairy Godfather for a miracle, you don’t have many career options. To pay off her parents’ debt and earn her freedom, Marissa must do whatever Grimm asks, no matter what fairy-tale fiasco she’s called on to deal with.

Setting up a second-rate princess with a first-class prince is just another day at the office. But when the matchmaking goes wrong, Marissa and Grimm find themselves in a bigger magical muddle than ever before. Not only has the prince gone missing, but the Fae are gearing up to attack Kingdom, and a new Fairy Godmother is sniffing around Grimm’s turf, threatening Marissa with the one thing she can’t resist: her heart’s wishes.

Now Marissa will have to take on Fairies, Fae, dragons, and princesses to save the realm—or give up any hope of ever getting her happy ending… (Goodreads) 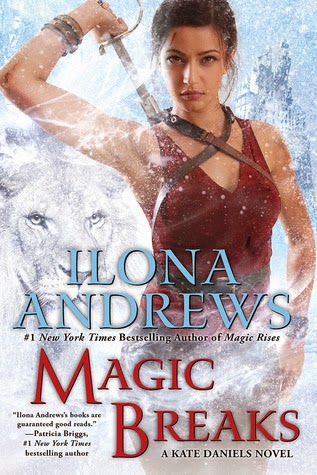 No matter how much the paranormal politics of Atlanta change, one thing always remains the same: if there’s trouble, Kate Daniels will be in the middle of it…

As the mate of the Beast Lord, Curran, former mercenary Kate Daniels has more responsibilities than it seems possible to juggle. Not only is she still struggling to keep her investigative business afloat, she must now deal with the affairs of the pack, including preparing her people for attack from Roland, a cruel ancient being with god-like powers. Since Kate’s connection to Roland has come out into the open, no one is safe—especially those closest to Kate.

As Roland’s long shadow looms ever nearer, Kate is called to attend the Conclave, a gathering of the leaders from the various supernatural factions in Atlanta. When one of the Masters of the Dead is found murdered there, apparently at the hands of a shapeshifter, Kate is given only twenty-four hours to hunt down the killer. And this time, if she fails, she’ll find herself embroiled in a war which could destroy everything she holds dear… (Goodreads) 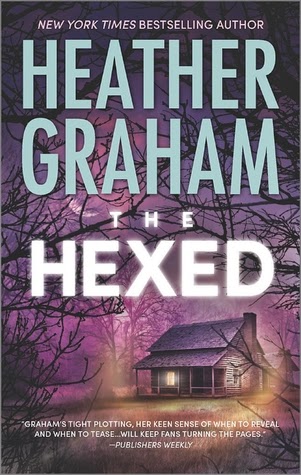 A place of history, secrets...and witchcraft.

Devin Lyle has recently returned to the Salem area, but her timing couldn't be worse. Soon after she moved into the eighteenth-century cabin she inherited from her great-aunt Mina—her "crazy" great-aunt, who spoke to the dead—a woman was murdered nearby.

Craig Rockwell—known as Rocky—is a new member of the Krewe of Hunters, the FBI's team of paranormal investigators. He never got over finding a friend dead in the woods. Now another body's been found in those same woods, not far from the home of Devin Lyle. And Devin's been led to a third body—by...a ghost?

Her discovery draws them both deeper into the case and Salem's rich and disturbing history. Even as the danger mounts, Devin and Rocky begin to fall for each other, something the ghosts of Mina and past witches seem to approve of. But the two of them need every skill they possess to learn the truth—or Devin's might be the next body in the woods... (Goodreads) 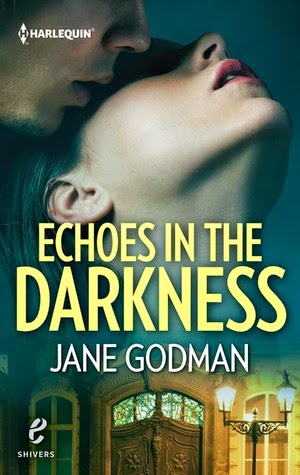 Not betrothed, but beguiled. 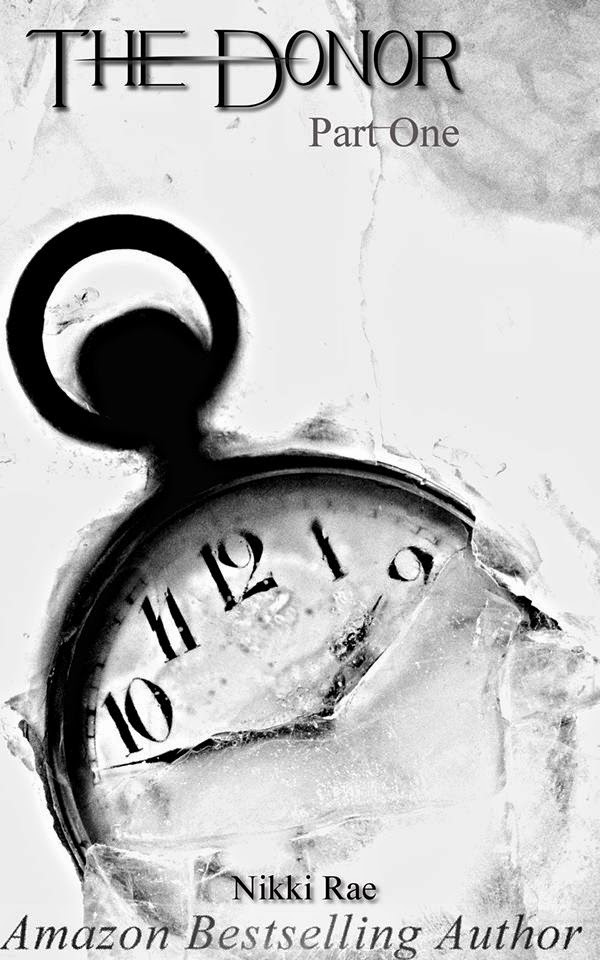 [Disclaimer: This is a serial novella that will be told in parts about the length of a short story (20-30 pages)]

Casey Williams and her family are poor. Her parents work non-stop and so does she, just so they can keep the trailer roof from leaking.

They’re getting by fine enough when the headaches start. Then there’s the nosebleeds. And the inevitable doctor’s bills.

Fortunately for Casey, there’s MyTrueMatch.com: an exclusive, quick, and almost easy way to pay it all back before her parents even have to know.

All she has to do is give a man she’s never met whatever he wants from her body.

Inside or out.  (Goodreads)
No comments:
Email ThisBlogThis!Share to TwitterShare to FacebookShare to Pinterest
Older Posts Home
Subscribe to: Posts (Atom)