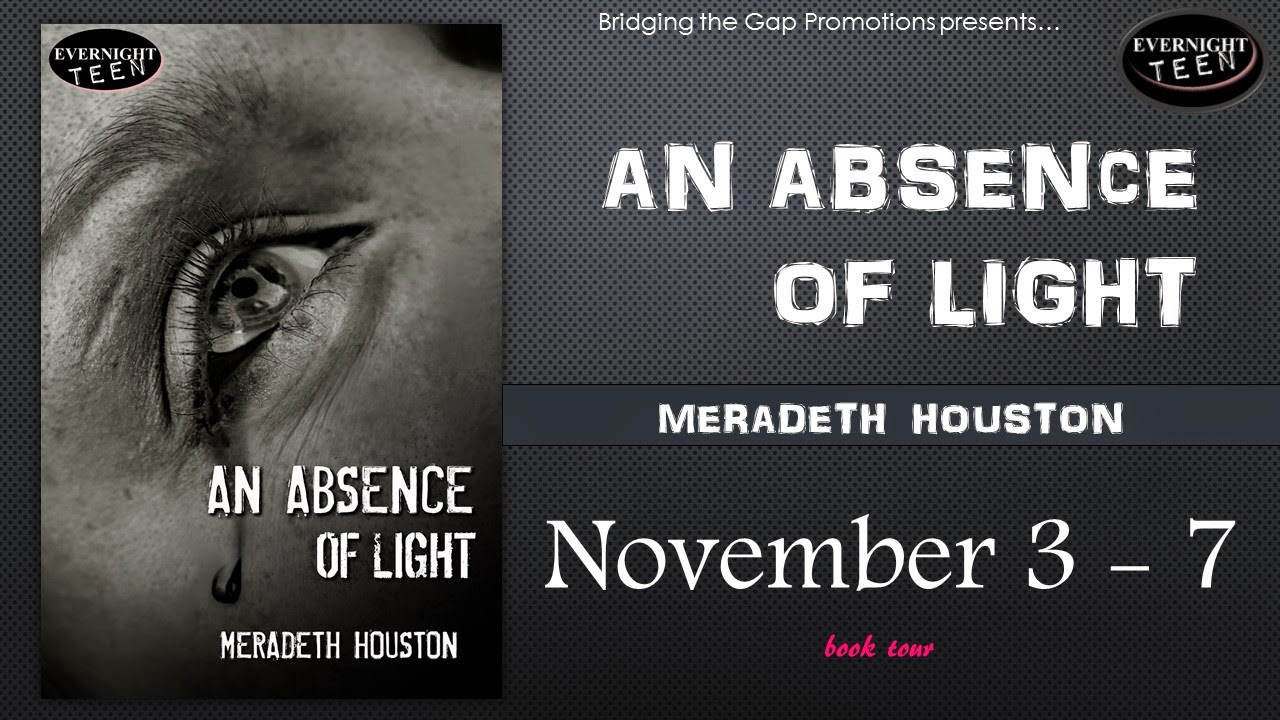 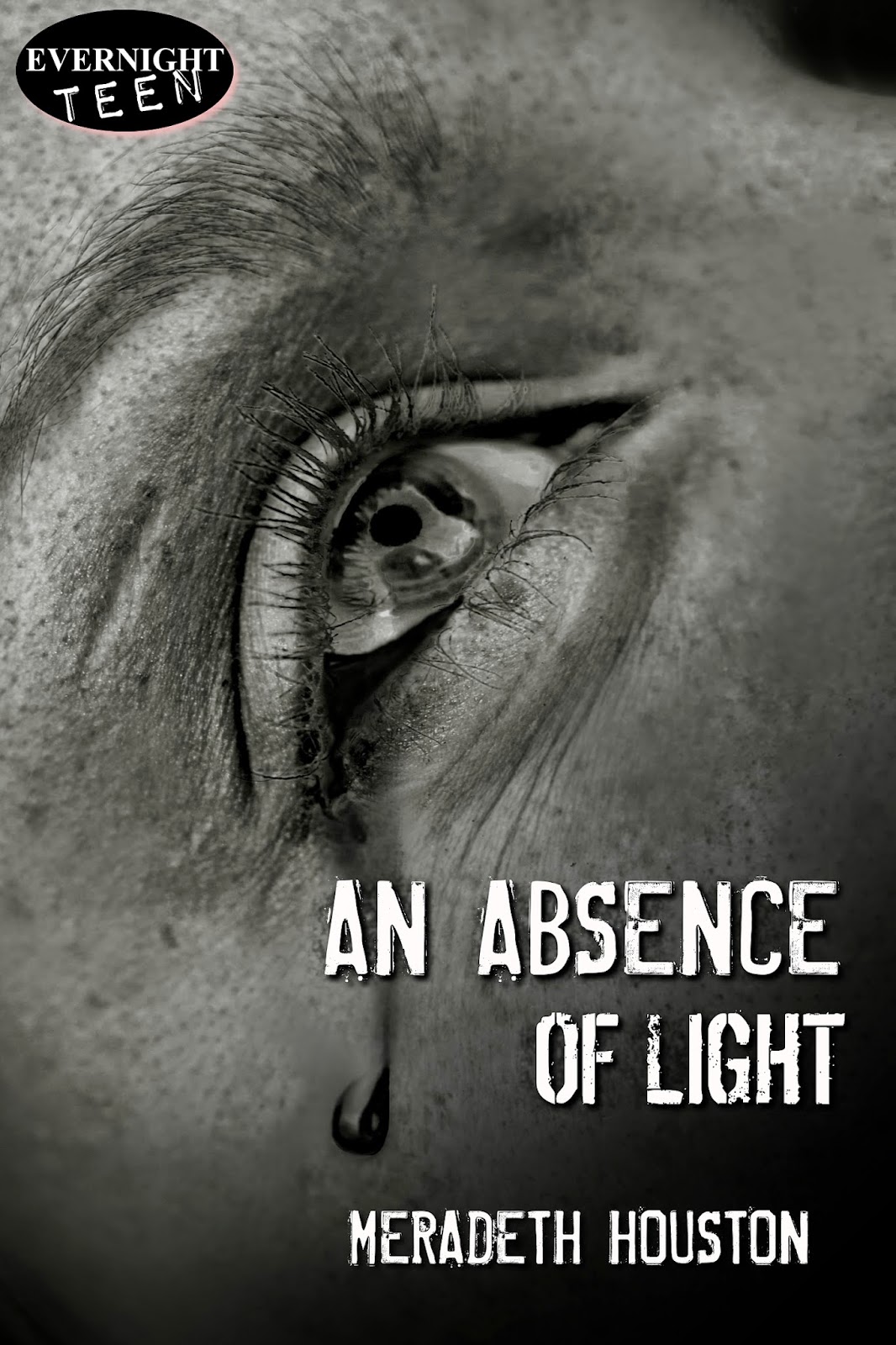 Leah’s always seen the shadow creatures. She thought she was immune to their evil—until now.

She’s walked into a massacre, stolen a BMW, and is running from the law for a crime she didn’t commit. Nineteen-year-old Leah’s life just went from mildly abnormal to totally crazy at lightning speed. But no one will believe that the shadow creatures are framing her for the murder, because she’s the only one that can see them. At least that’s what she thought.

When Leah stumbles across a group who share her ability, she discovers they have something she doesn’t: a way to fight back.

When the group offers to teach her how to kill the shadow creatures, Leah jumps at the chance. But something is brewing with the creatures. They’re tracking down the hunters like there’s no tomorrow. Leah suspects that maybe there won’t be, and it’s up to her to make sure tomorrow comes. Because she’ll do anything to stop the shadows, including risking her life—and the life of the one she loves—to keep the world from being lost to darkness forever.

A creeping tingle of coldness wound around my ankles. Something lived in there––the same things that took away my family and had stalked me for most of my life.

I didn’t have a name for them. In my head, I called them the Shadows: inky, black creatures that avoided the light, like I avoided the dark. They did things. Things that made monsters like Hitler look warm and fuzzy—or at least, less homicidal.

How they did it confounded me, but they had the ability to influence the darkness in people, to make them do terrible things. The Shadows got something from it, as if they fed from humanity’s malevolence. I’d tried to learn more about them since I realized no one else could see them, but they didn’t exist in any book, Web page, or library.

The only thing I could conclude was that they were otherworldly evil, pure and simple.
It didn’t help that lately the Shadows had been more focused on me. I’d seen more in the last few months than I had in my whole life, and they had been acting stranger than normal. They were up to something.

Plotting how to kill me, and everyone I love. I’d been so stupid not to figure that out.

As if hearing my thoughts, the Shadow sensed my presence. It crept forward to the mouth of the alleyway, a darker blotch of oily blackness that moved of its own volition. A fine tendril rose from its black mass, reminding me of a periscope on a submarine, searching.

“Crap.” I glanced around for the best way to escape. No way I could outrun the thing.

The Shadow moved into the open. Skirting the light, coming ever closer. Picking up speed. I had to get away. Now.

My heart began beating double-time and my feet froze to the ground.

A part of me wanted to step on it, like a giant slug, but it wouldn’t do anything. They couldn’t be killed that way.

I would give anything to know if I could get rid of them, to wipe them from the face of the earth. But they didn’t die. Didn’t disappear. Didn’t leave me alone.

There was nowhere to hide. They’d kill me. Just like they did my family.

Glancing at the car in front of me, my panicked laugh caught me by surprise.

Another entry for my rap sheet.

Careful to keep in the light, I hurried around to the driver’s side. Scooping up the keys, I threw myself behind the wheel. My fingers trembled as I shoved the key into the ignition.

The Shadow lurked near my door. I spared it one glance before the engine caught with a merciful roar and I slammed my foot on the gas.

The tires squealed and a trail of smoke hid the Shadow. The snaking chill, as I always felt from them, gave way and I knew I had left it behind.

There would be more, though. There were always more.

I've never been a big fan of talking about myself, but if you really want to know, here are some random tidbits about me:

~I'm a California girl. This generally means I talk too fast and use "like" a lot.

~I have my doctorate in molecular anthropology. Translation: I sequence dead people's DNA and spend a whole lot of time in a lab, which I love.

~I've been writing since I was 11 years old. It's my hobby, my passion, and I'm so happy to get to share my work!

~My other passion is teaching. There's nothing more fun than getting a classroom of college kids fired up about anthropology!

Thanks so much for hosting me today! So, today, I thought I’d talk a little about writing a scary book, because An Absence of Light is a little scary. Not you’ll-have-to-sleep-with-the-lights-on scary, but still, a bit frightening at points :-).

Truth be told, I never thought I’d write anything scary. I’m a total scaredy-cat when it comes to books that have things that go bump in the night. I once started writing this half funny, half creepy ghost story about La Llorona haunting a Target store (haha, yeah, I know, silly, right?), and I got so scared I had to stop writing it. My husband forced me to go see Paranormal Activity with him, and I didn’t sleep for a week. Seriously. (He did feel bad about that…but not enough to try and get me to go see the next film. Sigh.)

Anyhow, An Absence of Light is on the scarier end of the spectrum, which is kind of a little new for me. It’s definitely leaning toward the thriller side of things, with a splash of sci-fi, but still, creepy killer aliens? They’re in there. And they’re not nice. Which I completely had a blast writing about. Sometimes letting lose with a seriously freaky creature that subscribes to a very different moral code can be really freeing. I love getting to stretch my writing muscles, and creating the world and aliens in Absence allowed for that.

The other thing is that there isn’t a ton of suspense in Absence that we see in, say, Signs (another movie that scared the snot out of me—didn’t help that I lived on my family’s farm surrounded by corn fields when I saw it). Hitchcock is another master of the suspenseful scary. In a lot of ways, it’s that build up, the not knowing, that’s the frightening part. Or, at least it is for me. In Absence, we always know who the bad guys are, and we know what they look like, but it’s the build up to what they’re doing that’s the freaky part. (Or, I hope it is!) The not knowing comes in the form of whether or not Leah and her crew can stop the aliens, and if they’re all going to survive. Hopefully it’s the kind of suspense that will keep you reading, though maybe with the lights on ;).

So, I’m curious: what is it that makes something scary for you? And what’s the freakiest movie you’ve ever seen?

Me? What I fear the most is for something to happen to one of my children that I cannot fix. You never know true fear, nor other emotions that you will feel so strongly you would think you had the heightened senses of a vampire, until you become a parent.

Freakiest movie?! Come now, love, that there is a fully loaded question. Also depends on what type of "freaky" you're referring too. One must be careful when phrasing those sorts of questions to me. Muahahahahaha! SMOOCHES!