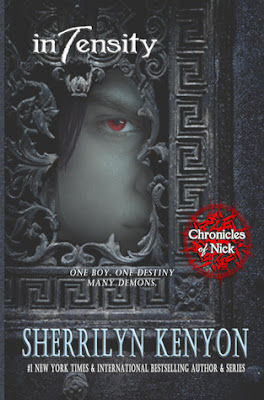 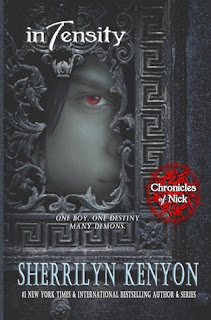 It’s a demon-eat-demon world for Nick Gautier. Just when he thinks he’s finally gotten a handle on how not to take over the world and destroy it, Death returns with an all-star cast that is determined to end the Malachai reign and lineage forever. Worse? Death and War have found the one, true enemy Nick can’t find, and even if he did, it’s one he could never bring himself to banish or kill.

Now framed for murders he hasn’t committed, and surrounded by new friends who might be turncoats, Nick is learning fast how his father went down in flames.

The heat in New Orleans is rising fast, and Nick’s threat-level has gone into a whole new level of intensity. He’s learning fast that when War and Death decide to battle, they don’t take prisoners. The don’t negotiate. And they’re both immune to his biting sarcasm and Cajun charm. To win this, he will have to embrace a new set of powers, but one wrong step, and he will belong to the side of Darkness, forever.  (Goodreads)

I'm a huge fan of Sherrilyn and I absolutely adore Nick but this book for some reason couldn't keep my attention long. It wasn't for lack of good story or writing which was as usual for Sherrilyn top notch but more of a it just felt drawn out for some reason. There were certain parts that felt as if it could have been written in a different manner or shortened in length but over all it was a good read. Will I continue this series? Maybe not- it might just be that my tastes are starting to change but it wasn't due to her lack of material, imagination, or writing methods but more of a it feels weird to still be reading teen/ young adult books now that my own kids are old enough to start reading these.

Reviewed by Sarah of the GothicMoms Review Team
No comments:
Email ThisBlogThis!Share to TwitterShare to FacebookShare to Pinterest 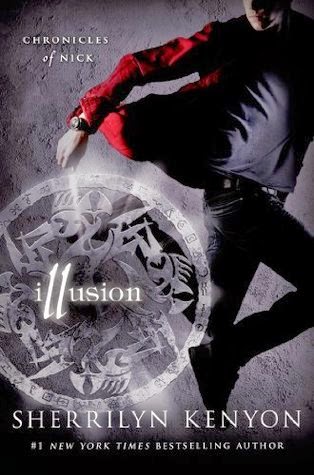 
"While some try to run away their past, Nick is in a perpetual race to change his future."

Be careful what you wish for…

Nick Gautier is tired of his destiny. He doesn’t want to be the son of a demon who’s fated to end the world. Nor does he want to see another demon or other preternatural creature who wants to kill or enslave him. He just wants to be normal and have normal problems like everyone else.

But normality isn’t all it’s cracked up to be. When he gets sucked into an alternate reality where his mother has married his mentor and his Atlantean god best friend has become a human geek, he begins to understand that no life is free of pain, and that every person has a specific place in the universe… Even the son of a hated demon.

Most of all, he sees that his powers aren’t the curse he thought they were, and that the world needs a champion, especially one its enemies can’t imagine rising up to defend the ones he should destroy.

Old enemies and new friends square off for a major battle that will either restore Nick to his real world, or end him forever.  (Goodreads)


One of the best books in the series', Illusion is the first in the Chronicles of Nick series that will bring a tear or two to readers eyes.  The heartfelt scene between Nick and his Dad is one that will leave an impression in readers minds for years to come.  The name is also the most apt, as Nick finds himself in a world that he thinks is nothing more than a dream, though the reality of his situation is much worst.  When Kody and Caleb cast a binding spell on Nick's Malachi powers, they didn't take into consideration just how vulnerable they were leaving him.

Ambrose has been on a desperate quest to change his future, helping his past self along the way, desperate to do whatever it takes to change his fate and that of the worlds'.  Only this time, he won't be able to help at all.  Nick has been thrown into a whole other dimension; one where different decisions have been made changing the lives of everyone he knows and loves, including Ash, Kyrian, Tabitha and Simi.  One where Caleb is still his best-friend, but not a demon.  Where Bubba is only known as Michael, but, he never stopped playing pro football and his wife is Cherise, and yes, he is Nick's Dad, making Nick one-hundred percent normal, and human.  Something he has been wishing for from the very beginning, but like the old saying goes, be careful what you wish for cause you just may get it.  Because the body that he's in now is making it a whole lot harder to fight off all of the demons, witches, ghosts, including his own evil army, that are all out for his blood, with not a single power to his name.  Not to mention the body he's stuck in is scrawnier, shorter and has probably never been in a real fight.  And while he desperately fights for his life in a body not his own, his true body is left vulnerable with the Nick of this dimension trapped inside screaming like a little girl and if he doesn't get to it in time, it will be a permanent lights out.


Illusion is a fast paced novel that should definitely not be read as a stand alone, and is a must-read for fans, especially those also following the Dark Hunter series.  Just be sure to read Styxx first, as you will appreciate it all the more.  Never a dull moment, and in the end readers just may learn to appreciate what they have in life, the good with the bad, because things can almost always get worst.  As always, Kenyon delivers a page-turner readers will not be able to put down until the very end.  Some questions will be answered and many more will be raised, and Nick brings in a couple more into the fold, always believing people, be they demon or anything else, deserve a second chance.  One can only hope that character flaw of his does not bring about his doom.