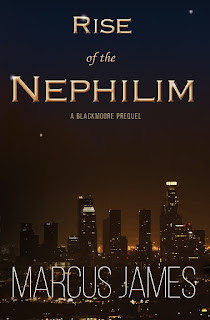 Rise of the Nephilim
A Blackmoore Prequel
Marcus James

Tagline: Sex, witchcraft, and rock and roll on the Sunset Strip

Kathryn Blackmoore, the 26 year old heir to Blackmoore World Corp. and the future matriarch of the Blackmoore dynasty of witches has fled the haunted old monied neighborhood of South Hill in Bellingham, Washington looking to trade in a century of rumors, superstition, and her own heartache  for the sun, sex, and music of the Sunset Strip.

The Queen of the Night: My Journey with Kathryn Blackmoore

Characters. For the fiction writer they are the reflections of the hidden pieces of a writer's self, they are a constant companion who often teaches the author new lessons needed to be learned and a voice in the darkness when we are deep in solitude. Characters for me are as real as any other person. I sense their presence, I hear their voices, experience their emotions, and see their world through their eyes.

My main characters have always been men-more specifically gay men or straight-identified men who find themselves desperately in love with the lead main character. I call them the Boys, and they inhabit the worlds I walk into, and allow me into theirs. They are like spirits for me, energies from someplace else and like a medium I am channeling them.
The other characters are just as real for me but they don’t usually come on their own. Usually the Boys of whatever I am writing, bring these other characters in and give them a chance to speak and connect with me.

Getting Kathryn Blackmoore to come through and chat so I could write Rise of the Nephilim was no easy feet. It required more than just sitting at the computer and writing, it was more akin to a séance. I sat on the floor of my office, lit some candles, smoked some pot, and put on the music I knew I would be writing to for this book; mostly Guns N Roses and Motley Crue. I had to draw this reserved and stylish witch out of her world and into mine.

Kathryn Blackmoore originated in my series The Blackmoore Legacy, (the first two books, Blackmoore and Symphony for the Devil are available now.) And in these novels she is mother to the main character, Trevor Blackmoore, and she is the unofficial matriarch of the Blackmoore dynasty of witches. Think equal parts Buffy, Dark Shadows, The Lives of the Mayfair Witches, with a dash of Harry Potter and you have the series.

As an older woman, dealing with the loss of her husband, running the American offices of Blackmoore World Corp., and dealing with a dark, ancient, and bloodthirsty god seeking to regain power and human flesh to destroy her family, Kathryn is a sexy stone fox with a whiskey voice.

In the Blackmoore series, Kathryn became a breakout favorite. My female readers really adore her, my gay readers think she is a fierce queen, and many of my straight male readers tell me how sexy she is. I’ve always known I wanted to tell her story as a young woman-before marriage and a child-but I was never quite certain how to do it. In the first novel, Blackmoore, Trevor is kept in the dark about the full truth of his family. He knows they are witches, that they see spirits, can read thoughts, effect the environment around them, etc. But the rich history of Voodoo and European witchcraft, the Dark God of the Wood, his role in everything; all of this is kept from him. The Blackmoores used to be very open about all of this within the family, but then it all just stopped and suddenly the family became very secretive. Well, I wanted to explain that, to reveal what happened to make Kathryn-and in turn, the rest of the clan-decide to suddenly stop talking, and the Nephilim Books were born.

In the first book, Rise of the Nephilim, Kathryn is 26 and living in Los Angeles. It’s 1987 and she’s right on the famed Sunset Strip, where what we think of as 80’s rock and metal were born and where it called home. She’s trying to escape her life in Bellingham Washington, and her neighborhood of South Hill. An old-monied and superstitious place in the Sacred Heart parish, and the gossip and rumors that have persisted about her family for more than a century.

In L.A. she’s recovering from a break up that has haunted her for years and she decides she’s just going to party, shop, have amazingly hot and thrilling sex and just experience the freedom in being young and away from home, but a series of gruesome deaths and haunting visions of a powerful and inhuman form begins to remind her that she can’t escape who she is and that she has been expected.

I wrote Rise as a standalone prequel to the main series, so that if you’ve never read Blackmoore or Symphony for the Devil it wouldn’t matter. Everyone is introduced to Kathryn and the world of the Blackmoores for the first time. It is a dark and complicated family and history and I wanted to make sure that with Rise it was as luridly intoxicating and gothic as the main series.

I’ve had a blast getting to know Kathryn as an adventurous young woman enjoying her freedom and seeing who she was before she became the icy matriarch and protective and devoted mother that she is in The Blackmoore Legacy series. She is strong, fierce, and wildly independent and writing with her has been a reflection of myself at that age (26) when I loved a little too hard, partied a little too much, and lived one day as if it was the last.

I’m forever grateful to her and for taking me on this journey and she is a woman I am proud to know. That’s one of the greatest gifts we get to have as fiction writers; the chance to be surrounded by incredible souls that really belong to us so intimately that we are never alone and who can teach us things about ourselves that we may never see otherwise. 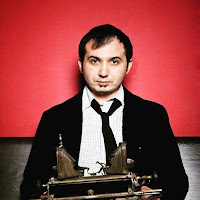 Marcus James is the author of five novels and has contributed to several anthologies with Alyson Books and has been a contributing writer for Seattle Gay News. He lives in Seattle with his husband and Staffordshire terrier. He is 32 years old. 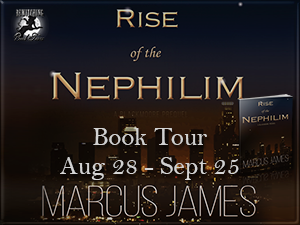