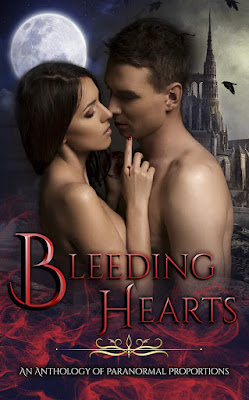 Some say love is the strongest emotion while some would rather die than feel it...but what if it could last forever?
The idea of immortality can haunt and fascinate to the point of insanity, especially those who actively seek it. But what if you fell in love with someone with the blood that gave them the power to live forever? A love that could last or a love that could crumble you to pieces.
Lust.
Betrayal.
Forbidden love.
Creatures of the night.
These converge in this collection of paranormal romance stories meant to tantalize the senses and penetrate the soul. 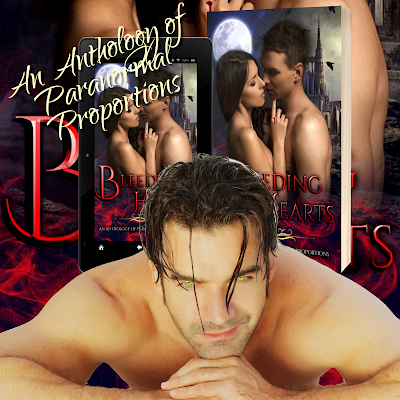 Excerpt from In My Dreams by T. A. Moorman
"Should she trust the vampire in her bed, or the wizard in her dreams?"
Just as I felt myself coming to a full-on climax, the lightning bolt shaped mark on my outer thigh began to burn. The pain of it made me bend over further, making him not only go deeper, but also made me tighten even further around him. I became a mixture of both pleasure and true pain all at once, I could barely recognize which of the two my moans reflected. Ricardo slid out of me then, and before I had a chance to feel the emptiness of his shaft no longer there, he had me turned around, lifted up with a crushing grip on my hips, and was impaling me once again. As though he felt a sense of urgency, he pistoned in and out of me even harder and faster than before, which took my mind away from the flaring pain in my thigh.
As Ricardo gave me another stroke so deep inside of me I felt his sac rubbing against my entrance I screamed out with one last climax as he jettisoned inside, the warm trickling feel of it making me come that much harder. But when I closed my eyes, I was looking into the metallic silver irises that haunted my dreams, and they looked angry as hell. I could almost hear a faint, foreign, yet familiar voice in the back of my mind saying, I will find you.
When I opened my eyes, Ricardo was staring straight into mine, but it felt like he was seeing right through me to somewhere else, especially when he said, “She’s mine.”
Before I could ask him anything or think any further, he claimed my lips in a claiming, almost punishing kiss. Then I felt a tiny pinprick on the side of my hip and promptly blacked out.
***
Halfway across the world from where Ricardo and Rena were, a warlock wearing only a pair of black shorts, knelt down on the ground in the rain in the dark of night in a cemetery, the droplets shimmered down his muscled, ebony chest and back. He summoned the lightning to the palms of his outstretched hands, letting it empower him further, as he called out to his ancestors.

“Ancestors, my foremothers, and forefathers, I come to you tonight, the anniversary of the night you gifted me with one of my greatest gifts, to ask your help in finding her. Help me bring her back to where she belongs, at my side.”


The storm became malevolent then, lightning struck around Jonathan left and right, which both fueled and empowered him.

He threw his head back as he soaked it all in. As he closed his eyes, his haunches rose when he finally saw her, with the vampire that had somehow ensnared his powerful, beautiful mate. He tried yet again to communicate with her through their mark, but something was blocking him still, but he felt it slipping, and that little slip was all he needed to learn her location.


Reaching into his back pocket, Jonathan pulled out his phone and dialed his brother. Without bothering with any pleasantries, all he said was, “It’s time to hunt us down a vampire, and bring home my mate.”
https://www.amazon.com/dp/B07Q3QYSGC
1 comment:
Email ThisBlogThis!Share to TwitterShare to FacebookShare to Pinterest
Older Posts Home
Subscribe to: Posts (Atom)