Cover Reveal: Cursed By The Crown 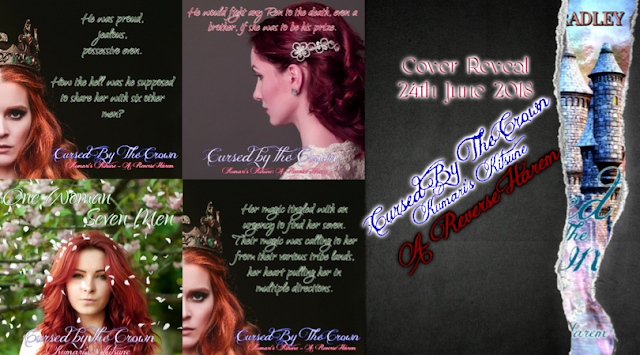 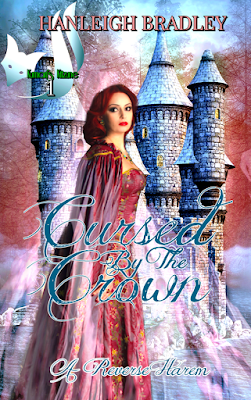 Trust was a liberty that as Kumari, Bae could not afford, especially after the murder of Bae’s mother, the late Kumari. The Kumari bloodline had to continue regardless of the cost, even if it was the life of someone she loved.


There were only two things that a Kumari should trust; magic and her seven mates.


The race was on for Bae to find and claim her seven mates before she would have to defend her realm from an unknown enemy.
With them, she still might not win, but alone she would definitely fail.

Add to your GR: https://www.goodreads.com/book/show/40193490-cursed-by-the-crown
Do you have a friend who you think would like to read Cursed By The Crown? Why not make a Goodreads recommendation! 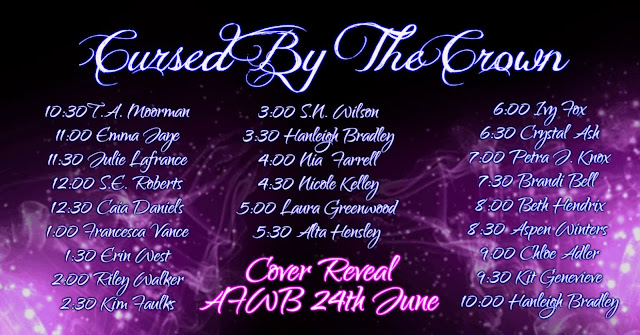 The new Kumari must find her seven mates to save herself, save the realm and save magic in Cursed By The Crown, A Reverse Harem. 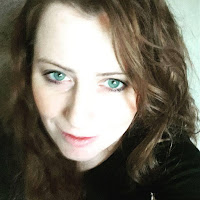 Hanleigh loves books more than nearly anything in the world; whether its reading them or writing them, Hanleigh just can't get enough. She relishes in the way authors can create worlds with the words they put in their books. She loves the way your imagination introduces you to a new world when you read a book. It may well be a world completely foreign to the one you live in. That world is brought to life; inspires you to dream, captivates your imagination, entices your senses.

Although born in Scotland, she sometimes wishes she could live inside the world that she can create inside her mind, but since that isn't possible she puts pen to paper and shares that world with this world instead. There is something addictive about being able to mould your words into something that causes the reader to fall into your mind. When you put pen to paper and create a world, it's exhilarating. Every word has meaning. You know every character intimately. You know every secret, every whisper, every smell, every look; as the author you know the world you created and more so than even the most avid of readers you can get lost in your own creation.