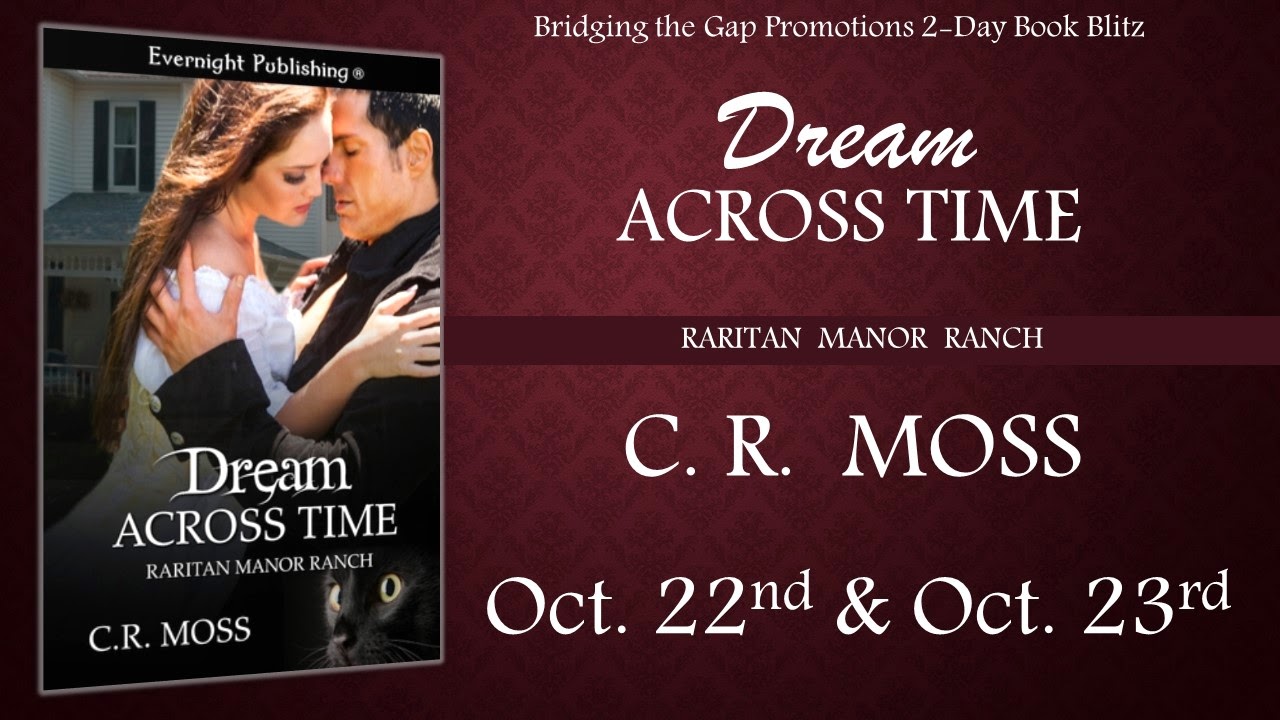 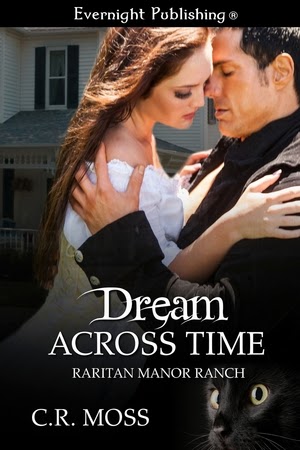 A woman in love. A ghost in need. A man possessed.

Evelyn Sheridan is in love with Raritan Manor Ranch’s resident ghost, Quinn, but can only experience his embrace in her dreams.

Quinn VanAlder, who doesn’t realize he’s a ghost, loves Eve and wishes she’d stop saying they can’t be together.

While at the ranch, Alex VanAlder arrives for a visit, and Evelyn’s hopes rise. Perhaps she will be able to have a real relationship after all. Alex, though, has no interest in Evelyn. Yet, every time the house cat, Myrddin, comes around, Alex feels like a man possessed and wants Eve with a passion.

Caught between loving a ghost and putting up with a man who can’t make up his mind, Evelyn is at a loss. Can the magic of the ranch help Evelyn to stop being caught between two worlds?

Excerpt:
A deep, warm laugh rumbled from him.
“You think it’s funny that I’m going nuts?” She placed her hands on her hips and glared at him over the horse’s back.
Quinn moved around the horse. “You are not going insane.”
As Quinn took another step toward her, she took a step back. “That’s what Julie says. I’m not convinced, though.”
With every step she took, Quinn matched it. In a deep, sultry voice he uttered, “My beautiful, intelligent Evelyn, your mind is very sound.”
Her butt hit the building. Standing in a pile of broken hay stalks, her gaze fixed on Quinn’s eyes, and her breaths came in short rasps. Her mind didn’t feel sound at all, neither did her body. Pulse racing, heart pounding against her chest, she seemed in the midst of losing control. All her senses heightened until colors were brighter. She looked past Quinn at the gentle slopes of the mountain range nearby and the deep blue sky.
He stood an inch before her. She breathed in his musky, masculine scent. Her clothes tightened and scratched against her sensitive skin. Though under a warm sun, a shiver raked her body. How could a man rob her of control, of her senses?
Quinn placed his hands on the building, trapping her between his arms. “Tell me,” his husky voice whispered in her ear. “What has gotten you so bothered you think you are going crazy?”
The heat radiating between their close bodies sent ripples of desire through her. She shuddered.
“Well?”
“You,” she whispered in return, not meeting his gaze. “These dreams. They’re interrupting my life. I’m letting my relationship with you interfere with everything I do when I’m awake. Any good psychiatrist would have a field day with me.” Evelyn paused, took a deep breath to calm her excited body.
Since he towered over her by at least a foot, she talked to his chest. The white shirt, pulled taut over his front, showed the outlines of his well-defined muscles. She wanted to touch them. Evelyn clenched her fists at her sides, taking in another deep breath, and looked up. “It’s gotten to the point where Julie thinks I’m in love—”
“Are you?” Quinn interrupted, a hint of pleading tainted his voice.
His question caught her off guard. She hadn’t thought about the possibility of love, of discussing their feelings for each other. She didn’t answer, and her lack of response brought an expression of sadness to Quinn’s features. She cared for him, but love? How could she love someone who wasn’t real, someone who existed before her birth? Someone who’s a ghost?
Quinn turned his back to her. “I thought… never mind.”
The misery in his voice pinged at her soul. “Quinn.” She put a hand on his shoulder to halt him from leaving. “I’m sorry. I can’t love you. You’re not real.”
His body tensed beneath her fingers. Quinn turned back to her and her hand fell to his chest. He held it there. “Damn it, Evelyn. Stop talking nonsense. I am real.”
She couldn’t deny that fact. His hands were warm. His heart beat strong and steady. Her eyes widened and she gazed up into his passion-filled gaze. She wished she wasn’t dreaming.
“Let me show you how real I am.” His lips descended onto hers.
All the blood rushed from her head and her knees weakened. She leaned into his body for support. His arms wrapped around her. Every nerve fired at his touch. His lips parted and his tongue coaxed her mouth open.
Too dazed to resist, she copied his motions, and the gentle kiss blazed into a raging fire. Their mouths, hot and hungry, moved against each other’s in perfect harmony. Evelyn’s arousal gained momentum. She swirled her tongue against his in wild abandon, learning the sweet taste of him. Digging her fingers into his shoulders, she held on to the moment for dear life. 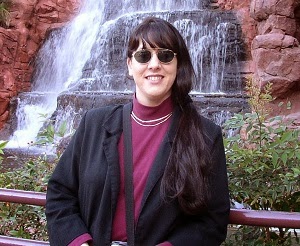 More about C.R. Moss:
So what does she write? She writes stories from the light and sweet to the dark and deadly with varying degrees of sexual heat. Writing as C.R. Moss gives her and her muses the freedom to explore worlds of possibilities when it comes to love. And where does the tag line “Love & Lust in the Wild West” fit in? Well, for one, she lives in NV. Two, her stories take place, either in part or in full, in and around the Las Vegas area. In fact, even this website sports “a look of home.” The background picture was taken in an area just a few miles west of Las Vegas and happens to be the inspiration for the setting of the Double D Ranch Tales saga.
She also has a passion for penning dark fiction. Writing under the name Casey Moss allows her to slate other stories under Horror ~ Paranormal ~ Suspense ~ Thriller ~ Urban Fantasy.  Visit: http://caseymossbooks.com/